N.C. governor’s salary is less than 5% of Mack Brown’s

Governors hold plenty of power, but their paychecks are a fraction of the best college football coaches. A new study released by USA Today highlights how salaries of Football Bowl Subdivision coaches compare with the governors in their respective states. 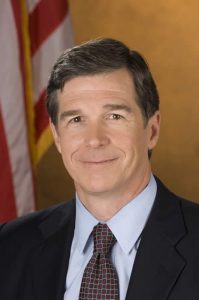 But Gov. Cooper’s salary is less than 5% of  UNC Chapel Hill football coach Mack Brown’s $3.5 million base. Brown, 68, ranks 39th among other FBS coach salaries. He returned to lead North Carolina’s football program this year after 16 years at the University of Texas. He previously was head coach in Chapel Hill from 1988-1997.

Appalachian State University is getting most bang for their buck, at least this year. The Mountaineers, ranked 21st on the AP poll, pay first-year head coach Eliah Drinkwitz $750,000 a year.

Clemson University’s Dabo Swinney , whose teams have won two of the last three national championships, leads the coaches with $9.3 million in annual compensation.