N.C. among states with largest increases in unemployment due to COVID-19

As the coronavirus spreads throughout the U.S., more than 22 million Americans have lost their jobs since the beginning of the pandemic. North Carolina is among the states that have seen the sharpest increases in unemployment claims due to COVID-19, according to a report from personal finance website WalletHub.

The Tar Heel state ranked No. 3 among the most affected states last week behind Colorado and Louisiana, and it ranks No. 7 among states most affected since the start of the COVID-19 crisis, following New Hampshire, Louisiana, Michigan, Virginia, Georgia and Indiana. 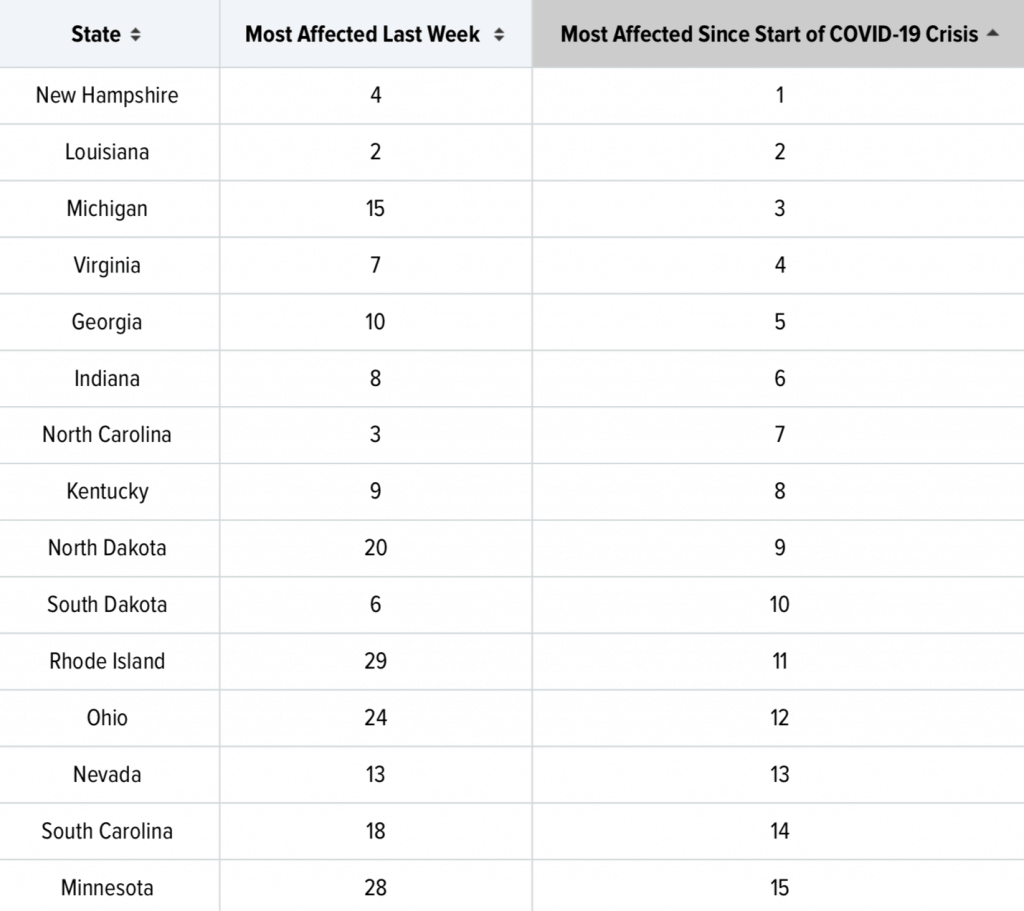 “During the Great Recession, a grand total of 8.8 million Americans lost their jobs. The coronavirus pandemic has already claimed 22 million jobs,” said Jill Gonzalez, a WalletHub analyst, in a press release. “While there have been 22.7 million jobs created since the Great Recession, COVID-19 is unfortunately on track to wipe out all of the job gains by the end of this week, according to WalletHub projections.” 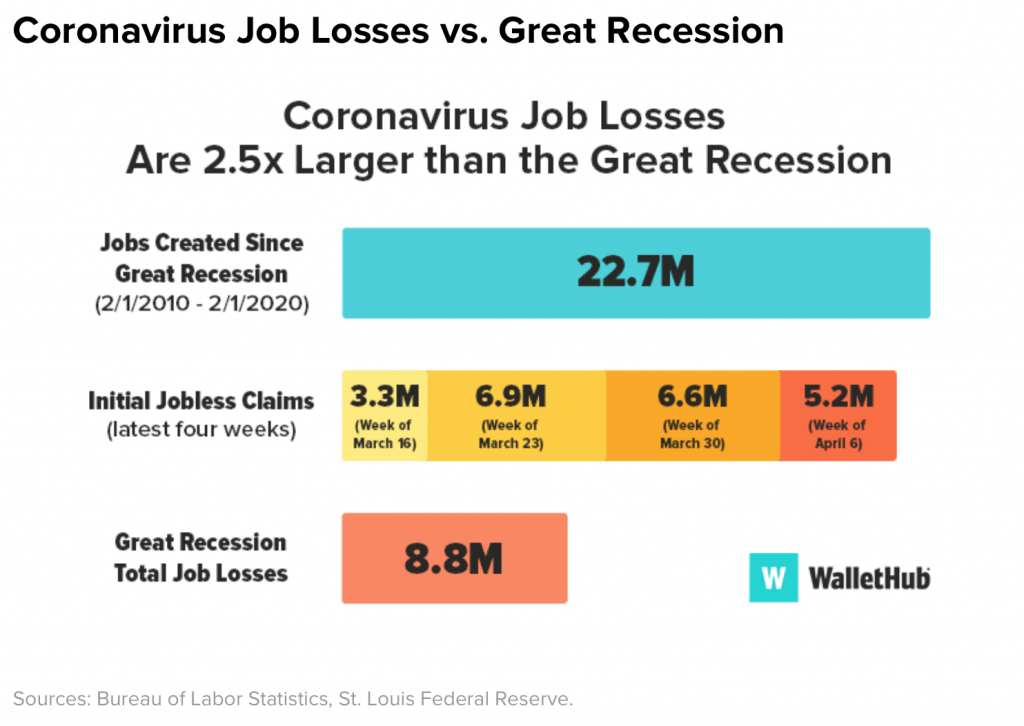