It wasn’t that long ago that North Carolina had something of an inferiority complex to its southern neighbor, repeatedly losing out on automotive and other major manufacturing jobs deals to South Carolina.

“There was a lot of ‘why can’t we be more like South Carolina?’” recalls Christopher Chung, CEO of the Economic Development Partnership of North Carolina. “They’re eating our lunch.” 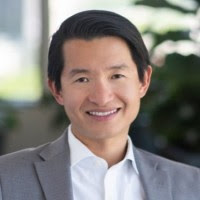 Chung, who has led the organization since its inception in 2014, doesn’t hear that complaint much anymore. I spoke to him on our latest “Chatter with BNC” podcast as part of a new series of economic development conversations we’re producing in partnership with the N.C. Economic Development Association.

I was curious to hear Chung’s thoughts on what’s driving the shift. Why is North Carolina landing a big manufacturing facility seemingly every month these days?

Chung said that while North Carolina has always been known for a business-friendly climate, the state only recently made a big push to prepare industrial “megasites” where companies can get up and running quickly.

The state’s challenge now is making sure the momentum continues. One concern is that within the past year alone, companies have snapped up four of the state’s eight available megasites, and Chung said the remaining four are garnering a lot of interest.

“The last situation we ever want to find ourselves in is we get a great chance to compete for a company’s new transformative investment, and we have to turn them away because we simply don’t have anything ready to meet their operating needs,” Chung said. “That’s a little bit of why we were less successful as a state 20 years ago.”

That’s why the EDPNC got funding in the latest state budget to study and identify up to five additional megasites. Chung said his organization is currently working on selecting a consultant for the study, and it plans to bring the results before the legislature next spring. Lawmakers could decide then on funding to buy and prepare the sites.

Another thing Chung thinks legislators should consider is whether North Carolina should join competitor states in offering tax breaks for capital investments. Capital-intensive manufacturers can often get local property tax breaks on their facilities, but there’s nothing comparable at the state level. That could be an issue as industrial companies move toward more automation.

“You’ve got to make sure your incentives toolbox reflects where companies are going today,” Chung said.

You can listen to the full conversation here, including Chung’s take on whether we’ll see office-oriented jobs announcements return, and how he became an economic developer.