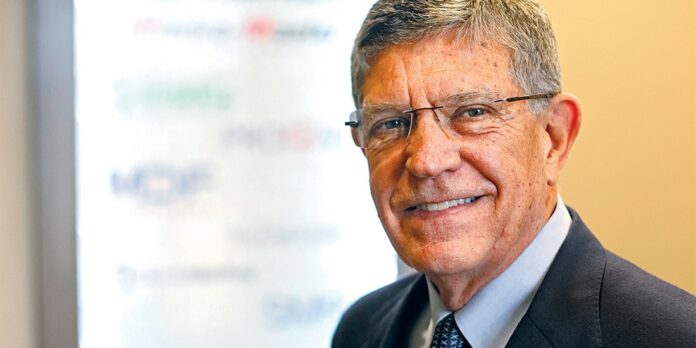 On the last Thursday of 2006, Mick McMahan sold his 22-year-old financial advisory business, which then managed about $400 million. On the following Monday, he opened Gaston Capital Partners, a private-equity company, gathering equal investments of $415,000 from himself and eight investors. With the economy on the brink of cratering, it was a terrible time to start a financial business.

But McMahan, 69, knows something about bad timing: He served as a field artillery officer in 1968-69, two of the most violent years of the Vietnam War. He made it out alive, serving in a company of 120 soldiers commanded by future four-star Gen. Barry McCaffrey, and earned a Silver Star.

McMahan also made it out of the worst economic recession since the 1930s in remarkable style: The Gaston Capital investors each eventually received more than $3 million over the course of the fund. Since then, McMahan has raised a second fund totaling $10 million and built a staff of six led by President David Robb, a Charlotte native with experience as a real-estate investor and in the tech industry. Gaston is planning a much larger third fund.

Much of Gaston’s early success stemmed from QoL meds, a Pittsburgh-based company that had two pharmacies specializing in drugs for mental-health patients and $6 million in revenue when McMahan acquired control in 2007. When QoL meds sold to a private-equity firm in December 2013, it had about 100 clinics and $230 million in revenue.

Many of Gaston’s 15 investments have involved local companies, including one run by Pat Swisher, who started a Charlotte janitorial business in 1983 that grew rapidly over the next 15 years. Too fast, it turned out: In 2002, Swisher pleaded guilty to tax-evasion charges and spent two and a half years in prison. His company was sold in 2004 to famed Florida investor Wayne Huizenga, who later sold it to St. Paul, Minn.-based Ecolab Inc.

After his release, Swisher formed Enviro-Master International Franchise LLC, signing cleaning contracts with restaurant and convenience-store chains. Swisher turned to McMahan for capital in 2014, when the business had 14 franchises and $3 million in revenue. Gaston bought a 50% interest and hired a financial officer. Enviro-Master now has 64 franchises, $50 million in annual revenue (including the repurchased Ecolab units) and ambitious growth plans.

“Pat had a history, and we went in because no one else would,” McMahan says. “It was risky, but he is a great salesman and entrepreneur — he created that industry — and we’ve had
no problems.”

A Cramerton native whose father was a Baptist pastor, McMahan served in the Army for six years, including two years in the reserves. After earning a master’s in public administration at UNC Chapel Hill, he spent four years as an assistant county manager in Forsyth County, overseeing the sheriff, hospital and animal-control department, along with a $10 million employee pension fund. Among his early successes was shifting the fund into bonds just ahead of a stock-market slump in 1974. “We were rated the No. 1 county pension fund in the U.S., which wasn’t saying much because we gained only 6%. But everyone else was losing money.”

Realizing finance was less stressful than answering late-night calls from citizens with pet problems, he started and later sold a Raleigh company that advised municipal retirement plans. After working as a stockbroker in Charlotte, he started his own financial-services business in Gastonia in 1984. McMahan built a substantial business with most of his clients living west of the Catawba River.

Fulfilling a promise, he sold the business to his son, David, and other associates. He had never invested in private equity, but he saw great demand from small businesses lacking capital. With banks less interested in small loans because of increased regulations, Gaston Capital found a niche.

Just off Interstate 85 in a small Belmont office park, McMahan on this day is particularly excited about a Milwaukee-based company that offers financial advice to people who have received large accident settlements.

First Capital Surety & Trust Co.’s 30 employees were based in a 3,000-square-foot office in a depressed neighborhood when Gaston bought control in November 2014. Renamed Capital First Trust Co., it threw away its old computers and furniture and now leases 10,000 square feet in a thriving part of the city. Profitability is down because of higher expenses, but revenue has increased more than 20% to $5 million, and assets under management are $630 million, up from $500 million. Plans call for acquiring more trust and financial advisory businesses, something that is directly in McMahan’s wheelhouse.

Success in private equity partly stems from finding businesses with a product or service that can expand nationally, McMahan says. A sense of humility is also critical.

“We always check if the people we are dealing with are arrogant, and if they will respect our judgment,” he says.

“Mick is a pleasure to work with because he tells you what he knows and what he doesn’t know,” Bynum says. “Being local means we have been able to get decisions made quickly.”

While Gaston Capital has limited expertise in technology, McMahan says Bynum’s drive and résumé impressed him.“We invested in Zerrick because of his promise.”

McMahan won’t discuss details of his next fund, which is in the fundraising stage. But he can’t hide his enthusiasm. “I’ve been doing presentations that show our track record, and there hasn’t been a single entity that hasn’t said yes.”