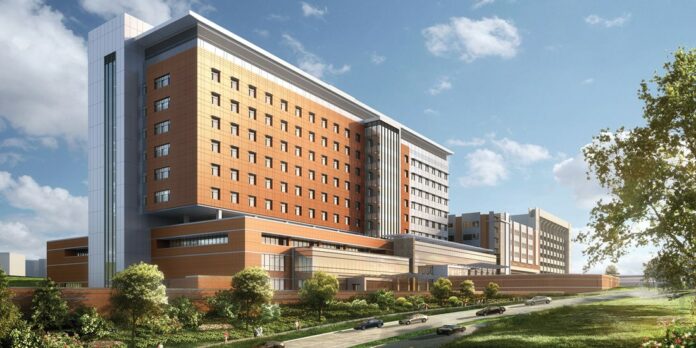 Asheville’s bragging rights extend beyond beautiful scenery and hoppy beer: Its dominant hospital system, Mission Health, has been rated among the 15 best nationally for five of the last six years, according to annual research of clinical outcomes and efficiency by IBM Corp.’s Truven Health Analytics. Chief Executive Officer Ronald Paulus has led Mission since 2010, having previously worked as an executive vice president of Geisinger Health System, a Danville, Pa.-based not-for-profit business modeled after the Mayo Clinic. Before his hospital-management career, Paulus co-founded a health care data mining company later acquired by Charlotte-based Premier Inc. Holding both MBA and medical degrees from the University of Pennsylvania, Paulus was at the center of Mission’s dispute over reimbursement rates with Blue Cross and Blue Shield of North Carolina last year. The companies reached an agreement, but not before Paulus labeled the state’s dominant insurer “unethical” and “unconscionable.” Modern Healthcare magazine last year ranked Paulus 13th on its list of the 50 most influential U.S. physician executives. His comments were lightly edited for brevity and clarity.

Mission repeatedly ranks high for service quality and outcomes. What are the key reasons?
First, we just have a terrific team. I’ve never been around a better group of nurses, physicians, leaders and more. Second, we have made it an absolute top priority. When I arrived, we developed something we call our BIG(GER) Aim: to get each person to their desired outcome, first without harm, also without waste and always with an exceptional experience for every patient, family and team member. It guides everything that we do. Accordingly, we have provided the tools, resources, focus and measurement to ensure that success.

What is Mission’s most pressing challenge?
Managing in an environment where we are paid less than the actual cost of providing care for more than 70% of our patients. That’s a nearly impossible task for any business, whether a restaurant, hardware store, law firm or otherwise. In fact, I can’t imagine any other type of organization even trying to do so. When you add to that some commercial payers being unwilling to cover the cost of inflation for the care provided to their very own members, it creates a truly extraordinary challenge.

What did Mission learn from its dispute with Blue Cross?
We learned BCBS’s position on covering the inflationary costs of the care provided to our patients, including its members. That was essential and insightful, even if painful. Also, we learned just how confusing it is for a typical person to understand what seems like a straightforward math problem to us: We are paid less than the cost of providing care by Medicare, Medicaid and the uninsured, which comprises more than 70% of our patients. Nobody would dispute that; [The Medicare Payment Advisory Commission] estimates that the typical hospital has a negative 11% operating margin on Medicare patients. The only time we are ever paid more than the actual cost of providing care is by commercial insurers. BCBS is responsible for the overwhelming majority of our commercial insurance market. If BCBS doesn’t agree to cover the cost of inflation in the provision of care to its patients, the math simply doesn’t work and there will be real consequences. Whether those consequences are ultimately good or bad will have to be judged later. For whatever reason, people couldn’t or wouldn’t grasp that reality.

What are the most important changes in North Carolina’s hospital industry since 2010?
Probably the top issue is that we receive fewer resources every year to do the same or more work as the previous year. That’s largely a function of the unique demographics in western North Carolina, where we are older, poorer, sicker and less likely to be insured than state and national averages. Second is the relentless consolidation that is occurring and — in my opinion — will continue for some time. That’s again driven by the need to reduce costs and scale back-office functions in particular. A third would be a dramatically larger emphasis on ambulatory (outpatient) care and population health. When I arrived in 2010, less than one-third of Mission’s revenue was from ambulatory care; now it’s well above half. With respect to Mission specifically, the most notable change has been the increase of clinicians involved in leadership and the use of data and analytics to manage care and the enterprise.

Do you agree with some hospital ceos who suggest only $20 billion-plus health care systems have a future?
I don’t share the view specifically on a “$20 billion” cutoff, but I do agree that the trend is, and will be for a long time, a movement toward bigger and bigger systems. That industry shift is occurring for many reasons — scale efficiencies, enhanced care coordination and integration, challenges from dominant insurers, and more — across the nation. I sometimes laugh out loud when people in western North Carolina comment on “how big Mission is.” They don’t understand that we are truly “small” in the scheme of health systems, let alone compared to insurance companies. [Mission had annual revenue of $1.6 billion in the 2016 fiscal year.] I understand why we seem big compared to a local hardware store, but the difference between perception and reality is just truly ironic.

How has the 180-degree policy shift on the Affordable Care Act from Obama to Trump impacted Mission?
It’s not just frustrating — from a policy perspective, it’s just absurd and unmanageable. I can’t conceive how anyone could believe that America should take a fifth of its economy and say, “We want you to do X,” and then almost immediately thereafter say, “Forget about all that, stop doing X and instead do Y.” Whatever one might argue is the correct policy direction, I think most anyone would agree that consistency and reliability should be a key feature of something so important, so large and that impacts so many.

The truth is, the ACA had some good things and some bad things. It’s unfortunate that health care has become a political rather than a policy discussion. It’s a big, complex and hard-to-resolve problem and opportunity. Cancer, diabetes, hypertension and obesity don’t choose Democrats or Republicans, they impact all people: Young, old, rich, poor. I know it’s naïve, but health care policy debate should be bipartisan.

In 2015, you noted that improvements at Mission had saved 500 lives a year since 2010. Is that true?
When measuring mortality or the death rate in a hospital or health system, it’s a complex topic because different patients have very different risks of dying. For example, a healthy mother delivering a baby may have almost no risk of death, while an elderly heart attack victim who arrests on the street and receives CPR en route to the hospital may have a very high risk of death. This is managed by comparing actual mortality to expected mortality, where the expected rate adjusts for patients’ severity of illness. When I arrived at Mission, our observed-to-expected mortality rate was 2% better than expected. After all of our work and focus on improving care processes and more, that rate [improved] to about 40% better than expected. When multiplying that difference by the number of patients treated, it equates to more than 600 patients per year who now go home to their families and loved ones who would have died in 2010. It’s one of, if not the lowest rate in the nation. We are incredibly proud of that impact on our community.

Is Mission moving closer to a physician-led system similar to Geisinger, your former employer?
I don’t think of it that way. I’m not trying to recreate Geisinger in western North Carolina. Places like Geisinger and the Mayo Clinic are the way they are because that’s how they started a century or more ago. That said, I am trying to ensure that Mission is focused on creating the greatest value for our community. That includes assuming greater financial risk for patient outcomes. That’s what we are being asked to do by our federal and state governments, businesses and more. To support that effort, we have created two entities: Mission Health Partners — a clinically integrated network of more than 1,000 physicians — and Healthy State, a new company that helps self-insured businesses manage their health costs and outcomes more effectively and also supports Medicare Advantage enrollees.

What is the favorite part of your job?
I have so many favorite parts! If I had to pick only one, it would be reinventing care delivery to make it better, cheaper, safer and more effective.

I’ll give you one very recent example. We are in the midst of a flu epidemic, the worst seen since 2009, and it may surpass that. Our already busy emergency department could have been overrun with flu-symptom patients, which would have been very bad for patients. But we planned in advance and communicated two alternatives for symptomatic patients: First, an online, physician-supervised triage process called the Mission Virtual Clinic. Patients enter their symptoms and exposures online via a structured questionnaire. If necessary, a physician will speak to the patient, and a Tamiflu prescription may be sent. Second, Mission MyCareNow is a walk-in clinic that we expanded to handle the incremental flu volume. Using those two consumer-friendly options, we shifted patients from the emergency department and managed more people faster, effectively and cheaper. A win-win for everyone.

You said you planned to stay at Mission for 10 years. Is that still your thinking?
Time flies. Amazingly, I’m now seven and a half years in. Nothing about my original vision has particularly changed on my end.