Last week, I sat in on a presentation by a group that is trying to increase military dollars and defense contracts for North Carolina researchers and companies.

The group is talking to various audiences — congressional staff, business executives, economic developers and others — to try to raise awareness about North Carolina’s advantages and assets — what makes this a good place for innovation and research that can meet the military’s needs. They want influential North Carolinians to help get the word out.

The folks I met with make up an informal group. Its composition reflects the seriousness of their effort. 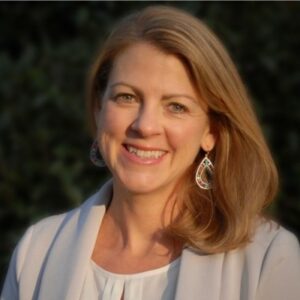 They included: Kathie Sidner, director of Defense & Military Partnerships at the University of North Carolina System and Melissa Vetterkind, a Duke assistant vice president in the Office of Government Relations; Kim Kotlar, a retired Naval officer, congressional staffer and NSA executive who has taught at Duke; and Dr. John Hardin, executive director of the state’s Office of Science, Technology & Innovation, who has a deep understanding of the state’s innovation ecosystem, first at the UNC System and for 18 years at his present agency.

They were brought together by Dennis Lewis, who once led the Army’s congressional liaison team and now wears two hats. Lewis works for the Economic Development Partnership of North Carolina to recruit defense business, and he is director of DEFTECH, the state’s Defense Technology Transition Office.

I got to know Lewis last winter for a column about North Carolina’s drive for more defense R&D money and military contracts.  We are a big military state in terms of bases, but not so big in contracts. We have high recognition nationally as an innovation state, but not as a defense innovation state.  An RTI International/NC Commerce study last year for the Defense Alliance of North Carolina found that total dollars in defense contracts spent on North Carolina businesses and research organizations ranked us 23rd in the country.  This, in a state that has 147,000 military and civilian DOD personnel — fourth in the country —at bases from the Sandhills to the coast.

“The reason I think this is so important,” says Hardin, “is because it’s such a big opportunity that is unrealized for the state of North Carolina.” 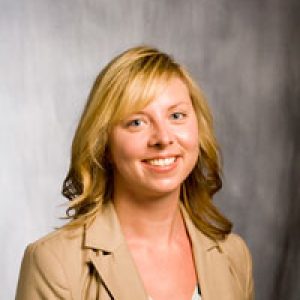 “There has not really been an intentional sustained effort,” he says. The creation of Research Triangle Park more than 60 years ago required a long-term, systematic and patient effort, he notes.

“And all the ingredients had to come together for that to work,” adds Hardin. “We have the ingredients in [the defense innovation] space. The state has been focused heavily on the life sciences and information technology for a long time, but hasn’t really connected these strengths and other R&D innovation firms to the military. And now we’re beginning to do that.  It’s not just this group.  There are other groups that are doing that as well.”

Basically, the message of their presentation is three-fold:

1) North Carolina has a strong innovation ecosystem with companies specializing in artificial intelligence/machine learning, autonomous systems, data analytics, biotech and cybersecurity plus many suppliers to the automotive and aerospace sectors.

2) The state’s universities have deep experience in collaboration with each other and partnerships with DOD, other federal agencies and industry. The Army Research Office — now at Research Triangle Park – was established at Duke in 1951 as the Office of Ordnance Research. RTP itself – one of the nation’s largest research industrial parks — was only possible through collaboration by the Triangle’s premier universities and its first big win was the National Institute of Environmental Health Science. Companies like IBM came to the park so they could partner in research with professors and grad students at Duke, N.C. State and UNC Chapel Hill. The UNC System and its 16 universities with 240,000 students  get $2 billion a year in sponsored research funded by industry, nonprofits and government, with two-thirds of that from the federal government. 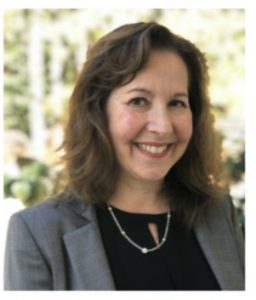 3) The state has a strong commitment to national defense. North Carolina has spent decades growing a number of agencies and nonprofits to help companies do business with the military and to help 18,000 veterans transition to the private sector each year.  (This is a significant addition to the workforce annually.  An aviation company being courted by the state wanted to know recently how many of these vets have the skills they need.)

“We hope that when people leave after we brief them,” says Lewis, “if they don’t remember anything else, they remember these three points.  And maybe some of the supporting data that they can use with whoever.  And part of that whoever is when they’re talking to the military.”

Universities and the military

A very important part of all this is the interaction of the universities and the military. We have the bases here, and the partnerships between the military and the schools can show the bases what’s being worked on and the bases can show researchers what troops need.

Duke brought in $65 million in the last fiscal year in DOD research money. It’s the lead university on an Air Force project to use artificial intelligence to help handle increasingly complex communications tasks (think about managing a fleet of drones) and protect against cyber-attacks. It also has students on bases in North Carolina and Virginia, working with military personnel to solve problems.

The UNC System has a number of military partnerships, such as the one with the U.S. Army Special Operations Command (USASOC) at Fort Bragg since 2009.

“They can come to us,” says Sidner, “and say, ‘We’re looking for an expert in soil science to understand how we can land a helicopter and whether the ground can sustain that. But we don’t want to put four guys on the ground for four hours and put them in danger.  So how do we do that remotely?’” UNC schools have had more than 60 students work in internships with special operations units at bases like Fort Bragg. Half of them have gotten jobs in the national security workforce.

What is working in North Carolina’s favor is that the military is aggressively seeking new technology. It has set up the Defense Innovation Unit to speed up adoption of innovations.

“DOD is moving away from the big, legacy weapons systems,” says Vetterkind. Multiple studies over the past five years have said our military needs to become nimbler if it  is going to remain competitive. That means more engagement with academia and industry and entrepreneurs.

“We’ve got the right ingredients,” she says. “We’re just trying to make sure that we’re highlighting what those ingredients are and increase the awareness of that.”

Some of this is public relations and some is just tedious work.  One of the challenges in convincing the Department of Defense that North Carolina is the place to invest is the same as the challenge in economic development generally: Being prepared.

When the Army Futures Command, the new outfit that is supposed to modernize the military, was looking for a location for its headquarters in 2018, it asked states for a lot of information. How many graduates do you have in various technological fields, for example. But it also wanted to know all about the companies in each state in areas like gaming and simulation, energy and power, autonomous vehicles and the like, because it wanted to be in proximity to leading-edge technology and R&D.

That is information that is hard to assemble in a hurry.  “So we’re trying to go to industry, to places like EDPNC,” says  Sidner.  “There was no Denny (Lewis) at the time,” because he wouldn’t come on board to EDPNC until mid-2019. “Nobody to ask ‘What’s the cluster like in gaming and simulation.’”  It was literally us calling faculty members saying, ‘Who do you work with.’”

“And we were going ‘There’s gotta be somebody who’s keeping track of this,’ but there wasn’t at the time.”

Austin, Texas  won the headquarters. That would have been nice to have snagged for N.C. State’s Centennial Campus. (Just like it would be nice to have something like the DIU, which is in Silicon Valley, Austin and Boston. Or an FFRDC, a federally funded research and development center, like Mitre or MIT’s Lincoln Lab.)

The RTI/Commerce study last year made a good start at identifying the size of the workforce in key technology clusters, but work remains to be done to get more information about who is doing what in North Carolina’s innovation economy. While the universities are important, DOD wants to also know very detailed specifics about the industrial base, more than what federal industry codes can typically show in a rapidly evolving technological landscape.

I am glad I got to hear the presentation. It would have gone faster if I hadn’t interrupted every 5 minutes with questions.

“We want to show what our campaign looks like,” said Kotlar, “because we feel like we are the best-kept secret in the United States of America, as far as being able to support and help the military with innovation technology.

“We don’t want to be the best-kept secret.”