Bloomfield Hills, Mich.-based Crypton Cos., a performance textile manufacturer, has expanded its footprint in North Carolina by acquiring Cliffside-based textile mill Abercrombie Textiles. Financial details of the acquisition were not disclosed. 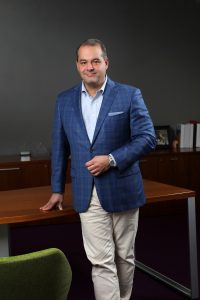 The Crypton Cos., which includes Crypton Inc. and Nanotex LLC, provide textiles in contract, home furnishings and apparel markets. The acquisition of Abercrombie Textiles expands its product lines to supply the residential, hospitality, outdoor,  health care and transportation industries with American-made fabrics.

Abercrombie Textiles operates a 150,000-square-foot facility in Cliffside, which is about 30 miles west of Crypton’s current facility in Kings Mountain. There, Abercrombie performs yarn processing, warping, weaving and finishing.

“We are not simply acquiring a mill, we’re carrying on the work of an established, respected partner,” says Lance Keziah, CEO of Crypton. “We’re uniquely positioned to support the ongoing success of Abercrombie’s venerable customer base. All of this innovation and expansion means we’ll be positioned to create more jobs for American textile workers.”

Under Crypton, Abercrombie Textiles will keep manufacturing dobby and jacquard fabrics for its current end markets and will also expand into new textiles with cutting-edge designs and product innovation.

Abercrombie Textiles was established in 1983 and was purchased by Regan in 2006. In 2011, Regan purchased Greensboro-based Cone Mills to expand Abercrombie’s footprint and capabilities. Crypton was founded in 1993 and has locations in Detroit, N.C., and three different operations in Belgium.