Having led Black-owned banks for many years, James Sills III says he’s amazed at the interest of so many corporations and nonprofits that want to put deposits into his institution.

He’s the CEO of M&F Bancorp, which added $27 million in deposits during the second quarter, boosting its total to $263 million. The 113-year-old Durham-based bank has five offices in Charlotte, Durham, Greensboro, Raleigh and Winston-Salem.

“This is the third minority-owned bank I’ve led and I’ve never experienced this with so many people calling us wanting to do business,” Sills says. “It’s a really pleasant surprise.” 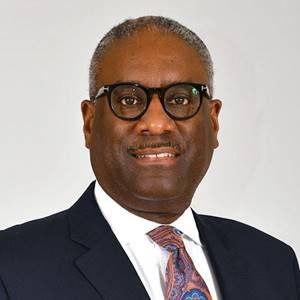 Pendo, K4Connect and Global Data Consortium are among the companies that have put several million dollars into M&F in recent weeks, the Raleigh News & Observer reported.

Sills credits the influx to mounting social unrest and understanding by business people that Black-owned banks “are very close to the minority community and this is a great way of helping that community.”

Getting the deposits in the door is one thing, but using the funds effectively is a challenge because of the troubled state of many small businesses. That’s especially true for Black-owned ones: About 40% have  either closed or out of business since the pandemic crisis started, he says, citing Federal Reserve statistics.

As a result, loan demand is flat with M&F’s pipeline of potential business less robust than before the crisis, Sills says. The company is calling on its new customers that have started relationships to see if there are financing opportunities that can be mutually profitable.

“It’s important that your readers support these kinds of businesses,” Sills says. “It’s better to have some sales than no sales at all.”

M&F has struggled financially in recent years, reporting cumulative losses totaling about $2 million in 2016 and 2017, followed by small profits in the two following years, according to federal filings.

in the first half this year, mostly because it set aside an additional $605,000 to its reserves for expected loan losses.

“We’re positioning the bank to be ready for 2021,” Sills says. “It is tough and challenging, but I’m optimistic we will finish the year in the black.”

M&F is the second-oldest minority-owned U.S. bank and among only 21 remaining Black-owned banks.

Sills joined the bank in 2014 after serving as chief information officer for the state of Delaware.