There’s a 10-year-old report that said the federal government had to improve its supply chain planning for a possible pandemic. It was written after the 2009 H1N1 flu outbreak.  If the recommendations had been carried out and the plan had been executed in January, we wouldn’t be in the mess we’re in.

It was written by N.C. State professor Rob Handfield, who has spent the past 30 years studying logistics and supply chain management. 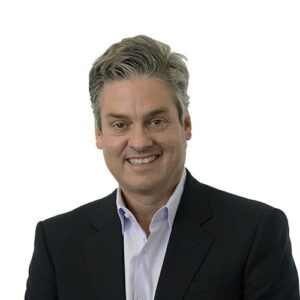 Handfield, who earned his doctorate in operations management at UNC Chapel Hill,  showed up last month in the Harvard Business Review as a co-author of “Why the U.S. still has a severe shortage of medical supplies.”  One big problem Handfield and his colleagues working with a federal supply chain task force found was a “slew of glaring supply-chain deficiencies” that led to shortages of masks, other personal protective equipment and ventilators, and a Strategic National Stockpile that didn’t have the clout to get the attention of top brass at the U.S. Department of Health and Human Services early on. And funding for replenishing stockpiles had been cut.

Handfield talked to an employee working on the stockpile who said they had signals “in late January that there were shortages of PPE.”

This is what he told Handfield, related by him in our conversation last week:  “I went up to D.C. and I was banging my hand on the table and saying we’ve got to act now. I’ve got to start getting these supplies in. We’ve got to expedite it. We’ve got to go to China. I was crying in my beer, because no one would listen to me.”

The stockpile also didn’t have the technology to know what shipments were being received.  The HBR article related how warehouse workers took cell phone pictures of pallets and uploaded them onto a shared drive. The folks in charge of the stockpile needed more sourcing analysts – folks with the expertise to know how to get stuff.

Handfield is currently working on how to build a better test kit supply chain.  One of the well-publicized problems early in the pandemic was a shortage of accurate test kits. The $600,000 study is being funded by the National institute for Innovation in Manufacturing Biopharmaceuticals, or NIIMBL. Like, you know, nimble.

The feds have started distributing the first of 150 million rapid antigen tests to states, which is why you’re starting to see them mentioned in stories about test results. Handfield has shared with the state’s Department of Health and Human Services ideas on how to allocate test kits based on positivity rates and population.

“Testing is the key to fighting this Coronavirus.  Testing and using masks and social distancing,” said Handfield. “We did those things, we could probably nail this thing in about two months.”

I asked him last week what happened after he published his 2010 report.

“I had, I think, a hundred copies of that thing printed,” he said, “and they’re still sitting in my office in Raleigh, and I didn’t give one away to anybody.”

There actually was a plan developed by the Obama administration, which Handfield says was a “pretty good plan” that “roughly covers all those areas that I wrote about.”  The Trump administration was briefed on it and then it went on the shelf.

There is no mystery about how to prepare for pandemics and other crises that tax our health care systems and our supply chains.

The federal government needs one agency that is in charge.  There needs to be an effective early warning system, and leaders need to listen to it. The government needs to adequately fund the national stockpile, a series of warehouses filled with masks and personal protective equipment and ventilators.  And you need to keep checking and replacing the stuff, so when a crisis hits, the masks and ventilator tubing aren’t crumbling. And government and private businesses need to identify likely problems and bottlenecks before a crisis.

It should have been no surprise that there were sudden shortages of paper products. We could have anticipated that if meat workers weren’t protected, their factories would be hot spots.

Handfield thinks that North Carolina could be a center for the production of personal protection equipment, much of which is made in China. To encourage investment, there need to be guaranteed contracts backed by the government. If we want to have a reliable supply of masks, we need to pay for it, and not hope for the best from Wuhan.

“We’ve got all these empty textile factories,” said Handfield.  “We’ve got workers still looking for jobs.  We could bring that stuff back here easily,” he said.

“It might not be the lowest cost or the lowest price, but by God, we would have it if we needed it.”