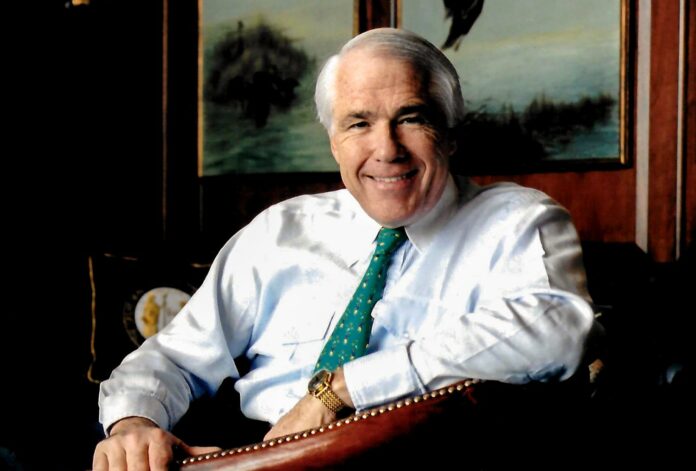 Phillips was a former state Secretary of Commerce and an ambassador to Estonia during President George W. Bush’s administration. He helped redevelop a furniture factory into the Market Square showroom complex. And he was CEO of Phillips Industries, which financed accounts receivables for furniture and manufacturing textiles

As a leader on the NC Board of Transportation in the 1980s, he helped secure funding for major projects including construction of what is now Interstate 74. In 1992, Gov. Jim Hunt named him Commerce Secretary, leading the state’s industrial recruiting.

“The only thing he always said was that he loved people,” Mary Bogest, who wrote a 2019 book about Phillips, told the High Point paper. “You would walk into a room with him and there wouldn’t be a person he wouldn’t go and say hello to.”

Other posts he held included board chair of the Piedmont Triad Partnership and the Triad Chamber of Commerce. In 1999, he was chair of the World Games of the Special Olympics in America.

The High Point native attended the Choate Rosemary Hall prep school in Connecticut and UNC Chapel Hill. He and his wife have four daughters, Lil, Kate, Bo and Lucy .