Why listen to the N.C. Supreme Court, anyway? 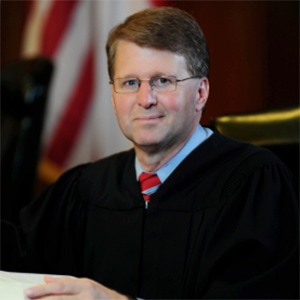 A year and a half ago, North Carolina Supreme Court Chief Justice Mark Martin organized a commission to study the state’s court system, which he considers inefficient, underfunded and technologically inept. Since then, 65 prominent Tar Heel lawyers and businesspeople — folks such as Frank Holding Jr., Bob Ingram, Brad Wilson and Carl Armato — invested hundreds of hours to produce a report delivered recently to the N.C. General Assembly. It has recommendations for each of five areas studied by the members, mostly involving ways to improve efficiency and public trust in the system.

Headlines in the report included a survey showing that more than half of North Carolinians doubt the fairness of court outcomes. The commission also recommended that the state change how it chooses and retains judges and stops trying 16- and 17-year-olds as adults.

Another recommendation encouraged computer upgrades to make it easier for the public to track court cases online.

Of course, state lawmakers grabbed the report and instantly took steps to adopt some of the policies proposed by the legal experts.

Rather, state Reps. Sarah Stevens of Mount Airy, David Lewis of Dunn and Justin Burr of Albemarle filed a bill in March to reduce the number of judges on the N.C. Court of Appeals. They contend the workload doesn’t justify 15 judges, so cutting the group to 12 would save money and, somehow,  improve the justice system.

You won’t find mention of such an idea in Justice Martin’s report, but what would those folks know, anyway?

You also won’t find a lot of N.C. lawyers or judges who supported the plan. Four retired state Supreme Court justices, including Republican Beverly Lake, criticized it as a mistake.

Cynics and critics, including Gov. Roy Cooper, say Republicans Stevens, Lewis and Burr had a bigger motivation than improving N.C. justice — they wanted to deny the governor the opportunity to appoint Democrat judges to the appellate court. Apparently, Court of Appeals Judge Douglas McCullough, a Republican, shared that view; he retired early so that Cooper could make an appointment before the new law takes effect.

Cooper quickly responded by naming Charlotte’s John Arrowood to the bench, a post he had briefly held in 2007 before losing an election a year later. He’s a well-regarded business lawyer, active in Democratic politics, and he was the court’s first openly gay judge.

Ultimately, cutting appellate judges proved popular at the General Assembly, with lawmakers overriding Cooper’s veto of the bill. North Carolina will now have 12 judges on its appeals court.

As for those Martin commission recommendations on issues that the state’s legal experts say really matter? Lawmakers are looking at changing the rules on prosecuting teen-agers, but does it really take a commission to recommend a common-sense idea already effective in 48 other states, and soon, 49. Otherwise, stay tuned.