Chancellor Karrie Dixon has a secret to share: Elizabeth City State University is home to the only four-year aviation science program in North Carolina, the “first in flight” state. When she came on board in 2018, she realized the institution had, to its detriment, kept its jewel hidden for far too long.

“No one is doing aviation,” says Dixon, 46. “I made aviation our signature program. And the phone is ringing off the hook because people in our own state had no idea we had such a valuable program and how we are contributing to the airline industry. People didn’t know the story.” 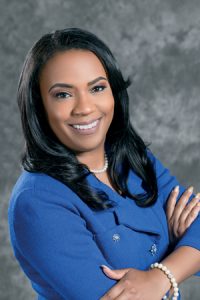 ECSU’s size and location in the state’s rural northeast make it easy to overlook. With fall 2020 enrollment of 2,002, it’s second-smallest of the 16 four-year campuses in the UNC System. But reaching 2,000 students is a success story. In the years before Dixon’s arrival, state lawmakers discussed closing the university because of declining enrollment and weakening academic performance. Enrollment slumped from about 2,900 students in 2011 to fewer than 1,400 five years later.

But a combination of new programs and leadership changed the school’s course. The N.C. General Assembly provided $2.5 million in stabilization funds in 2017, including $1.6 million for the aviation science program. It was also one of three campuses designated as NC Promise schools with in-state tuition of $1,000 a year, a discount of more than 75% from most other UNC campuses.

Dixon was serving as an executive for the UNC System when former system President Margaret Spellings appointed her to a task force to develop a plan for ECSU. Spellings made her interim chancellor in April 2018, then assigned her to the post permanently eight months later.

When Dixon came on board, the Winston-Salem native introduced what she called an accountability, commitment and excellence mindset to the school’s culture. “I made it a commitment when I came here as chancellor for people to love where they work,” Dixon says. “I wanted our students to love where they live and learn.”

Last year, the university launched its five-year strategic plan, Forging Our Future. “[It’s] our road map to get ECSU where it needs to be,” Dixon says. “Everything we do, we want to tie it to our strategic plan.” 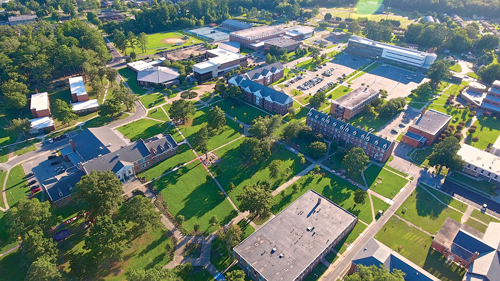 N.C. lawmakers started the forerunner to Elizabeth City State University in 1891 as a training school for Black teachers.

An unexpected $15 million donation from philanthropist MacKenzie Scott should help achieve those plans. It was one of three historically Black institutions in North Carolina to receive a combined $90 million from Scott, the ex-wife of Amazon.com founder Jeff Bezos. “To even get on MacKenzie Scott’s radar was just an amazing opportunity for us,” Dixon says. Scott has donated $4.2 billion in the past year to many causes — with no strings attached to the grants.

When Dixon received a call from the staff of an unnamed donor, she got the impression that quality of leadership would be a high priority in determining who received money. Scott’s team asked ECSU officials questions about education performance metrics and the satisfaction of staff and faculty. They also studied relations between the university and Elizabeth City, which has about 18,000 residents and is 170 miles east of Raleigh.

“What stood out to me is that people were taking notice of the strength in leadership that we have at ECSU,” Dixon says. “It also helped that we scored the highest percentage increase within the UNC System for employee satisfaction.” 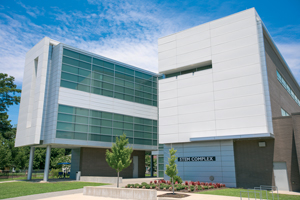 About $10 million is being invested to shore up the university’s finances and help improve its credit rating, Dixon says. ECSU has a Baa2 rating from Moody’s Investors Service, which is its second-lowest investment-grade rating. The Scott donation will not be mixed with the school’s two major existing endowments, a $9 million general university fund and a $6 million foundation account, she says. By comparison, endowments at the two other UNC campuses in eastern North Carolina are much larger, topping $200 million at East Carolina University in Greenville and $100 million at UNC Wilmington.

The other $5 million from Scott will immediately support the university’s strategic initiatives. Dixon plans to expand academic offerings, provide more faculty and staff professional development, purchase materials for labs and offer new experiences for students in and out of the classroom.

ECSU was in desperate need of a strong leader, says Harold Barnes, a Suffolk, Va., leadership training consultant and 1977 alumnus who joined the school’s board of trustees in 2015. He had heard talk of closing the school, so he contacted N.C. State Sen. Bob Steinburg of Edenton to express his concerns.

After a year on the board, Barnes says he noticed weakness in every area of the administration. He became chairman and in 2018 headed the search committee that led to Dixon’s hiring. He envisioned someone who would analyze each department to locate the fragile areas.

“I saw what dire conditions the university was in,” Barnes says. “We knew we needed a leader that could steer us in the right direction.”

Dixon’s experience at the university-system level made her a frontrunner in the search, Barnes says. After earning a bachelor’s degree in communications at N.C. State University, she worked as a journalist at Capitol Broadcasting in Raleigh. She later moved into a marketing job and then university work after earning a master’s in speech communications from UNC Greensboro and a doctorate in education from N.C. State.

She rose through the ranks at the Raleigh research university to become assistant vice provost, then joined the UNC System as vice president for academic and student affairs in 2008.

Her transition into the chancellor role wasn’t smooth, which isn’t surprising given that she was the fourth person to hold the post in less than three years. Dixon is among five female and six Black chancellors in the UNC System.

“[The community was] hostile to her when she first came,” Barnes says. “People wrote letters to the press, letters to other people. She came in, not like a hatchet person, but like someone who wanted to better the university and lift it forward. She had stringent standards that you had to meet, and if you were willing to meet those standards, she was waiting to pat you on the back for having achieved something.”

The percentage of ECSU students who are graduating within five years of enrollment has increased during Dixon’s tenure, though the roughly 40% rate remains among the lowest in the UNC System. In December, employee satisfaction at ECSU led the system, according to a study by Wilmington, Del.-based ModernThink.

Barnes cites Dixon’s listening skills as a key to her success. “We all came through as partners with the chancellor,” Barnes says. “If you had ideas and if you had solutions to problems, she was willing to listen to those solutions. If they were better than her own, she was willing to change.”

The system’s governing board is considering raising the cap for out-of-state students to 25% at five historically Black universities including ECSU.

ECSU celebrated its 130th anniversary in March. It opened in 1891 in Pasquotank County, bordering the Albemarle Sound and close to the Virginia state line. Initially intended to educate Black teachers, it went through several iterations before joining the UNC System in 1972.

While ECSU has a historically Black heritage, it’s one of the state’s most diverse schools, with more than a third of the students identifying as white, Hispanic, American Indian or Asian. Almost 60% are women, and 81% are from North Carolina.

As is the case at UNC Pembroke and Western Carolina University, the low-tuition NC Promise program has boosted ECSU’s prominence.

“NC Promise has definitely been the catalyst for ECSU’s enrollment growth,” Dixon says. “[It] also promotes access to a quality education at an affordable price to our citizens. That speaks volumes to the commitment the state has, especially because we are surrounded by 21 counties that are … some of the most economically distressed counties in the state.”

In the late 1990s, the Federal Aviation Administration chose ECSU to help finance an aviation science program in an effort to encourage the development of more Black pilots. It started offering the program as a minor, and it became a major in 2002. 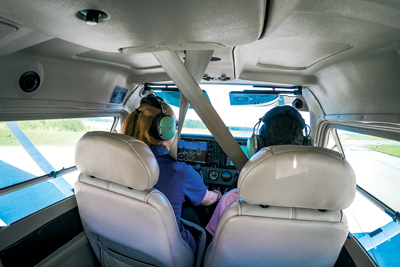 Enrollment in ECSU’s aviation program has doubled since 2018.

Student enrollment in the aviation program has grown from 68 students in 2018 to 127 students last fall. During that period, Dixon expanded the fleet from two to 14 Cessna and Beechcraft airplanes. Dixon worked with the U.S. Coast Guard Air Station in Elizabeth City to fund a $25 million renovation of an aging runway. Once completed, students will have access to two runways.

“One thing that keeps me up at night is the idea of having to cap our program if we don’t have continuous investment,” Dixon says.

Alumni work as air traffic controllers, avionic technicians and commercial pilots with companies such as American Airlines, United Airlines and others. Most get jobs within six months of graduation.
“The airlines come after them,” Dixon says. “It’s a good thing because [students] are reaching their career goals.”

In March, the FAA granted ECSU permission to offer a Restricted Airline Transport Pilot certification. This allows students to earn an airline pilot license with 1,000 flight hours rather than 1,500. “This is a game changer,” Dixon says. “It moves our students faster and closer to becoming an airline pilot.” ■