Just how did Gov. McCrory blow his reelection? 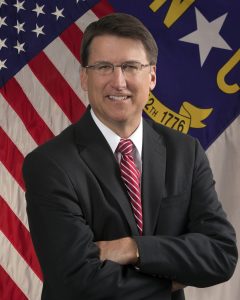 A dozen or so years back, I was discussing some Charlotte civic issue with one of my closest friends when I cited Pat McCrory’s position. Mention of our mayor’s name sparked an immediate scowl and an expletive. It happened again a few times, including occasions when I defended McCrory’s actions. It seemed so over the top. The mayor was a student-body-president-type with gifted political skills, moderate views on every issue and a nebulous Duke Energy job that left him time to promote Charlotte at every turn.

My friend is a small-business owner who has a love for Charlotte that matches the mayor’s. But he felt personally insulted by McCrory’s indifference to his community, the gay community. Much of the antipathy stemmed from a reluctance to offer standard welcoming letters or comments for parades or fundraising dinners sponsored by the Human Rights Campaign and other gay rights groups. The mayor’s failure to advocate for employment benefits for same-sex couples also rankled him. To me, at first, the grievances seemed petty. To my friend, it reflected an insincere, mean-spirited guy who put his political ambitions ahead of supporting those facing daily prejudices.

I thought of those memories as McCrory departed the governor’s office last week. With Donald Trump’s victory, England’s Brexit vote and the Cubs winning the World Series, 2016 was full of surprises. McCrory’s failure to win a second term during a year when Republicans dominated nationally and in North Carolina deserves to be on that list.

An exit interview with the News & Observer hints at why. In his talk, the former governor repeated his election campaign talking points to describe his administration’s successes:

Hundreds of thousands of new jobs were created in the last four years as our state recovered from a devastating economic slump that lingered longer than elsewhere.

State government was horribly managed when McCrory arrived on Jones Street. He says it now runs like a top.

Medicaid and unemployment insurance funds were hemorrhaging hundreds of millions of dollars. Both are now solvent.

Teachers got pay raises after years of austerity.

One can poke holes in those statements, but it’s a track record that would be enough to ensure an incumbent’s reelection nine times out of 10.

Unfortunately, just as in his tenure in Raleigh and during the campaign, McCrory went off track in his farewell interview, blaming the media for failing to highlight the positive, and attacking radical interests from outside North Carolina for whipping up the frenzy of the House Bill 2 controversy. The latter debate attracted international, negative attention and revved up the campaign of Democratic opponent Roy Cooper, the governor said.

On the media, it’s simple: McCrory lost respect and credibility because he or his advisers instructed his ineffective media relations staff to make little or no effort to respond promptly and respectfully to questions. One example is how the governor and the N.C. Department of Transportation fumbled PR for the Interstate 77 toll project. Business North Carolina, a nonpartisan, locally owned  publication, can cite several other examples.

On HB2, McCrory played the blame game, citing Fortune 500 CEOs, the Atlantic Coast Conference, university presidents, gay rights advocates and others. Left unmentioned: Virtually every business group and business leader in North Carolina, publicly or privately, urged the governor to use his skills to broker a compromise between the city he led for 14 years and Republican leaders in the General Assembly, many of whom he had known for decades. He wouldn’t or couldn’t do it.

Throughout the HB2 debate, McCrory repeatedly stated his opposition to discrimination against people based on sexual orientation. My friend and the Human Rights Campaign didn’t believe the rhetoric matched the actions. They worked hard to elect Roy Cooper, a studious, veteran politician from Rocky Mount who waited for years for his bite at the gubernatorial apple. By about 10,000 votes, he won.

My friend celebrated. And I wonder if Pat McCrory now regrets not signing some of those innocuous “Welcome to Charlotte” letters?