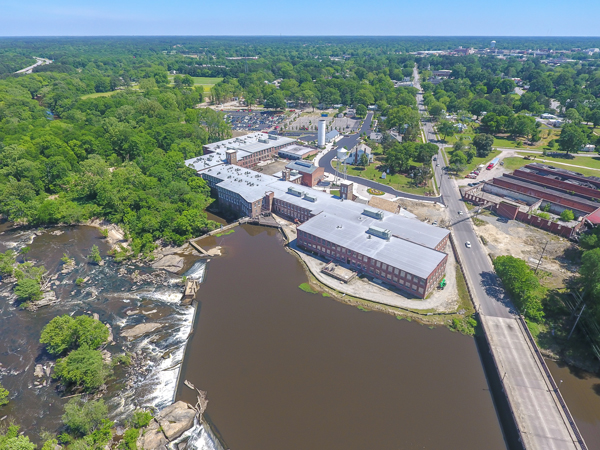 Raleigh broadcaster and investor Jim Goodmon has been among the state’s most intriguing executives for decades for various reasons:

— He’s led one of the most successful local TV stations in the nation, outperforming competitors with more resources, then added a dominant online media unit over the last decade.

— He’s played a key role in many important civic and philanthropic advances in the Triangle and North Carolina.

— He and his sons, Jimmy and Michael, have diversified into real estate and other ventures with significant success. (The February Business North Carolina will describe their private-equity success in backing a Raleigh construction supplies company.)

— But mostly, he’s been unafraid to speak his mind on key issues. This outstanding Business North Carolina profile by Chris Burritt told his story in 2014.)

This week Goodmon gave a no-holds-barred speech to celebrate Martin Luther King Jr. Day in Rocky Mount, where his company owns an innovative mixed-used development in a rehabbed textile factory.

It was billed as a unity event, but there was no unity in Goodmon’s 30-minute speech. It  was unabashed advocacy for the N.C. Democratic Party’s positions on three three key issues. He slammed N.C. Republican lawmakers for their 1) failure to spend billions more on the state’s public schools; 2) redistricting to ensure GOP control of state government for another decade; and 3) refusing to accept federal Medicaid expansion.

“We’re at a turning point for our schools, we’re about to get redistricted into oblivion, voting rights are on the ropes and [failure to approve) Medicaid expansion is a genuine embarrassment for thoughtful folks,” he said at the speech before many key Rocky Mount civic leaders.

Beyond his rhetoric, Goodmon’s sizable political donations to Democratic candidates and progressive groups over the years have long angered N.C. conservatives.

Even for Goodmon, though, this week’s Rocky Mount speech was unusually pointed as he emphasized his goal of trying to meet MLK’s challenge to advocate for justice.

The speech drew a retort from the press office of the state’s most powerful Republican, Senator Phil Berger. They noted on Twitter that Goodmon cited racism rather than policy as a factor in the opposition to Medicaid expansion. It was a reference to Goodmon’s comment that the only logical explanation reason for such opposition is that Republicans didn’t want President Barack Obama, the first Black president, to score a victory.

Goodmon’s passion is in line with many media moguls who want to influence politics, of course. He has a particularly strong hand to play because his WRAL media company employs more than a half dozen journalists covering N.C. politics. It’s about the same size as the political reporting team of jointly owned Charlotte and Raleigh newspapers.

The trouble is that journalists are paid to look for the truth and report without political bias, especially in a polarized atmosphere. Some progressive-leaning college journalism professors refute this tradition, but it remains the standard for most mainstream media companies — albeit a wobbly standard.

1) They cite deteriorating performance metrics to question the ability of N.C. public educators to effectively use money they already have, much less billions more that he favors.

2) They contend the redistricting maps were made with unusual transparency and in accordance with state and federal guidelines.

3) They argue that able-bodied citizens aged between 18 and 59 are disincentivized to work and gain independence when provided government-subsidized health insurance.

Goodmon’s speech made clear he has no respect for those views, which shouldn’t surprise anyone who has followed his career. But he stepped it up a notch this week by imploring the Rocky Mount crowd to work aggressively on voter registration efforts to send the current leadership in Raleigh packing. “Our political system is on the line unless we can change,” he said.

Many journalists have worked for strong-willed owners, myself included. I’ve considered it natural and expected for an owner to want to show some passion and interest in key issues. Fortunately, journalists tend to have an independent streak that questions authority, including the person sitting in the corner office. That’s a daily challenge for the talented crew hired by Goodmon to share the news, one that got more complicated this week.