Is UNC’s Law School only 45th best in U.S.? No way, officials say 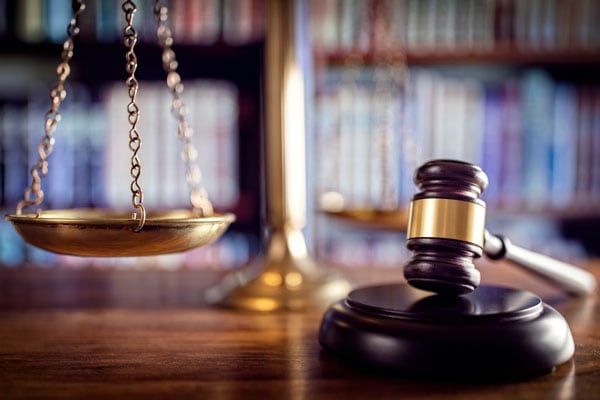 Imagine the outcry if the UNC Chapel Hill men’s basketball team was ranked 45th in the national polls. Goodbye Roy Williams! That’s the situation facing the university’s law school, according to the most recent survey by U.S. News & World Report. It’s down from 31st in 2015. This year, law schools at Duke and Wake Forest rank 11th and 32nd, respectively.

As magazine editors, we know such ratings are invariably subjective. We’ve also learned that those ranking high love ’em, while laggards downplay their significance.

The Carolina Law folks have made strategic moves to reverse the slide, though the school’s quality is as strong as it ever has been, Dean Martin Brinkley said in an emailed statement. He noted UNC School of Law is No. 22 of the 83 public law schools listed in the U.S. News report. It consistently ranks among the top 20 U.S. law schools by peers, lawyers and judges — “which are the audiences who know the truth.” he says.

Brinkley and Scott Vaughn, a Charlotte lawyer who is president of the school’s alumni association, add that many factors hurting UNC’s ranking stem from reduced state support: “Ten years ago, more than 70% of our operating budget came from state dollars. Today it’s less than 40%,” Brinkley says. That’s a contrast with UNC System President Margaret Spellings, who praised state lawmakers this year for “the best budget in 10 years.”

There’s a back story: Republican lawmakers have looked askance at the law school because of controversies involving Gene Nichol, its outspoken former dean and current faculty member; and the UNC Center for Civil Rights, which has advocated for the rights of poor and minority clients.

Vaughn, chairman of  McGuireWoods’ restructuring and insolvency practice, cites a rosier poll: UNC ranked 27th in the “Top 50 Go-To Law Schools,” according to law.com’s ranking of 2017 graduates with associate jobs at the largest 100 firms. Duke ranked seventh, while Wake Forest was No. 48.

Carolina Law now enrolls about 645 students, with 52 full-time faculty and about 20 other employees and part-time instructors. A decade ago, the school had about 750 students.

Of the 83 public law schools listed in the U.S. News & World Report rankings, UNC School of Law is No. 22. We are consistently ranked among the top 20 law schools in the country by our peers at other law schools and by lawyers and judges – which are the audiences who know the truth. We are extremely proud that our seven-year old legal writing program rose six spots to be ranked 12th in the country. The quality of a Carolina Law legal education is as strong as it has ever been and our goal is to have our overall ranking match our high reputation among our peers and in the profession at large.
There are many variables that influence the U.S. News & World Report ranking, but many are related to funding. Ten years ago, more than 70% of our operating budget came from state dollars. Today it’s less than 40%. The good news is that the numbers U.S. News & World Report will use to calculate next year’s ranking are already looking more favorable. They more accurately reflect the strategies that have been implemented over the last year.
We have 645 students and 52 full-time faculty. The 71 number includes emeriti, librarians who do not hold primary appointments at the law school, visitors and less than full-time faculty. A decade ago we had approximately 735-750 students and a somewhat larger faculty than today.

Scott Vaughn also made a strong point about the importance of public funding: “The U.S. News & World Report ranking is a financial arms race between law schools. Each school is constantly trying to increase its funding to outperform its competitors. To keep tuition low, Carolina Law has always relied heavily on state funding. This is still the case today. Over the past five years, however, state funding has not kept pace with the funding increases other law schools have enjoyed — many of which have substantially increased tuition.Although Carolina Law has also increased tuition to some extent, it is still a bargain compared to most of its peers. Carolina Law has taken various steps to improve its funding situation – among other things, by increasing private funding — and to improve the various U.S. News & World Report metrics to the extent possible without additional funding. Carolina Law will continue to look for ways to move rankings in a more positive direction.”