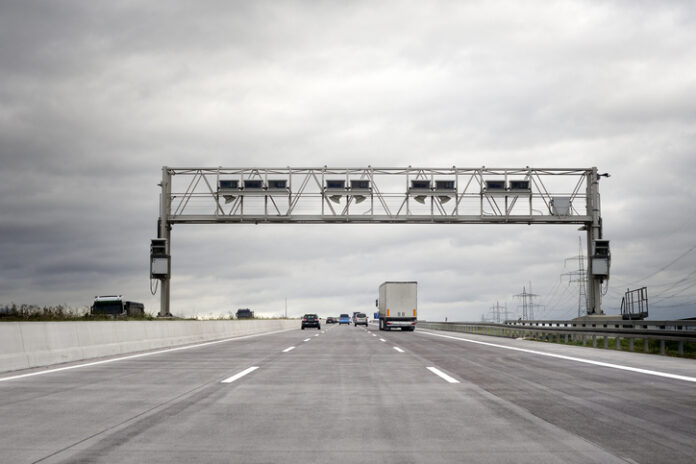 Someone wants to add toll lanes to the often-congested stretch of Interstate 77 between center-city Charlotte and the South Carolina state line. But that party doesn’t want its name in the public yet. So far, the region’s political leaders aren’t signing up to lead the inevitably bloody fight needed to launch such a plan.

In February, an unnamed party sent a “conceptual, unsolicited proposal for a public-private partnership delivery of the I-77 South Express Lanes project” to the N.C. Department of Transportation, according to Carly Olexik, the agency’s chief communications officer.

Charlotte lawyer Tony Lathrop, who is a DOT Board of Transportation member, and Brett Canipe, a regional DOT official in Charlotte, informed the Charlotte Regional Transportation Planning Organization about the proposal at its March 23 meeting. The proposal hasn’t received media attention, but the discussion is on the group’s Facebook site.

CRTPO oversees regional transportation issues and has representatives from public bodies including the city of Charlotte and Mecklenburg County. Its chair is Ron Pappas, the mayor of Waxhaw in Union County.

The proposal wasn’t a formal offer or a bid, but Canipe said protocol required that the board be notified. He noted that “anyone who has driven on the I-77 corridor” knows it can become very congested. Lathrop said that “no proposals going forward will happen without the express consent of the CRTPO. I want to be crystal clear on that.”

Many transportation leaders expect any expansion of I-77 to involve toll lanes. Olexik noted in an email response to questions that CRTPO submitted  “a tolled, managed lanes concept for the I-77 south corridor” more than five years ago when state officials created a new approach to prioritizing DOT projects. DOT isn’t advocating a particular path forward, she said.

Proponents say Charlotte’s growth will be impeded as I-77 gets more clogged and that a public-private partnership is the quickest, most efficient way to improve traffic flow. Tolls would enable North Carolina to collect revenue from thousands of South Carolina residents who commute to Mecklenburg County jobs.

The assumption of several CRTPO members is that the proposal came from I-77 Mobility Partners, the private company that operates toll lanes on Interstate 77 that run from the intersection with Interstate 85 to Iredell County.

The DOT under the direction of then-Gov. Pat McCrory approved the north Mecklenburg toll lanes because officials said the state didn’t have enough money to expand I-77 with free lanes. A private company could borrow money more easily and build the project faster, they said.

The 26-mile north Mecklenburg express lanes opened in 2019. Costs range depending on the amount of traffic.

McCrory lost his gubernatorial re-election bid in 2016 to Roy Cooper by about 10,000 votes, with some pundits contending his support for toll lanes contributed to his ouster.

At the March meeting, Mecklenburg Commissioner Cotham said she still has anti-toll bumper stickers on her car. “I’m not just a no, I’m a heck no,” she said, referring to a suggestion that DOT study the unsolicited proposal.

CRTPO has not received more information about south I-77 since March, says Matthews Mayor John Higdon, who staunchly opposes more toll lanes. “The taxpayers truly got hosed on the north Mecklenburg project,” he says.

Political candidates in the Charlotte region will face enormous heat if they favor toll lanes, says Charlotte Republican political consultant Larry Shaheen. “Anyone who supports toll lanes needs to be run out of office.”

The state should expand the interstate without tolls because highways are a public good, he says.

Many area leaders attended a Charlotte Regional Business Alliance visit to Austin, Texas, this spring, where the benefits of such lanes were promoted.

“Our political leadership refuses to advocate for funds from Raleigh because they don’t want to support Republicans,” Shaheen says. “And our uppity, ridiculously liberal business community doesn’t seem to realize that Republicans will be running this state for the next 10 years.”

Another option for express lanes is for the DOT-affiliated North Carolina Turnpike Authority to oversee the project. With support from CRTPO, it is building express lanes on the Interstate 485 beltline in south Mecklenburg County that are expected to open in 2024.

One sign of the issue’s sensitivity is that Olexik said “Gov. Cooper has been clear that the way the last process was handled for the I-77 toll lanes project (north of Charlotte) was unacceptable and future decisions on similar expansion projects need to be transparent and include local buy-in.”

David Mildenberg - 06/15/2022 0
Someone wants to add toll lanes to the often-congested stretch of Interstate 77 between center-city Charlotte and the South Carolina state line. But that party doesn’t want its name in the public yet. So...
Read more
Share
Facebook
Twitter
Linkedin
Email
Previous articleEli Lilly breaks ground on $1B Concord campus
Next articleCharlotte misses out on Army-Navy game