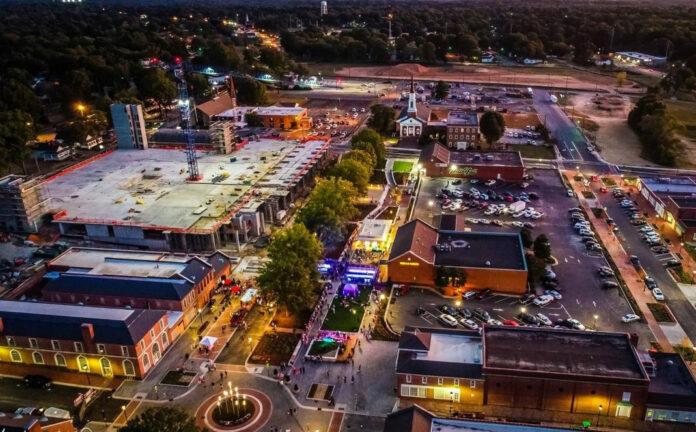 The new owner, Charlotte-based Insite Properties, promises to make good on some of the pledges that Murdoch made for the historic site.

Murdock stunned North Carolina by buying Cannon Mills in 1982 when it employed about 30,000 people in Cabarrus County and downtown Kannapolis and its towel brand was known globally.

Three years later, he sold the textile firm to Eden-based Fieldcrest Mills, but held on to the Cabarrus real estate and took over Hawaii’s Dole Food Company, which became his major holding. In the early 2000s, Fieldcrest Cannon collapsed with much of the textile industry, putting thousands out of work.

That’s when Murdock convinced UNC System and state officials in 2008 to back his ambitious plans for a $1.5 billion, 1-million-square-foot international hub for nutrition research and human-health discoveries at his property in downtown Kannapolis. Since then, Murdock has said his organization has invested more than $500 million in the boldly named North Carolina Research Campus.

An unsung hero of the campus is the state of North Carolina, which has provided about $300 million over the years to pay for UNC System researchers and others working at the site. Without that investment, approved by state lawmakers, the campus may have dried up long ago.

As writer Shannon Cuthrell explained in a 2020 Business North Carolina story, Murdock’s enthusiasm for the 350-acre property waned and his bold promises appeared unlikely to be achieved without a major rework. Meanwhile, Kannapolis was aggressively working with Castle & Cooke to remake the downtown area, taking on more than $240 million in debt to add various improvements including a minor-league baseball stadium.

Kannapolis City Manager Mike Legg and Mayor Darrell Hinnant worked with Castle & Cooke to find an exit plan. The city of 50,000 has about 35 downtown tenants, up from about five in 2017, Hinnant told the Charlotte Observer. A 300-unit apartment project was leased within six months.

In April, Insite agreed to buy Castle & Cooke’s holdings, with a closing planned Friday, says Jay Blanton, the developer’s founder and managing partner. Insite won a competitive effort to gain control of the property because it gained the confidence of key Cabarrus leaders, Blanton says. Insite impressed because it has a solid track record in helping Matthews, Mint Hill, Charlottesville, Virginia and other towns develop stronger central districts, Blanton says.

“We view this as an extremely exciting opportunity to make downtown Kannapolis even more than what it is now,” he says. ”The market will see that Kannaoplis is coming out of the deep freeze as we build on the momentum already started.”

Insite forecasts at least $500 million in development over the next decade spread through a variety of office, retail, medical and housing projects. “Five hundred million could be a very low estimate,” Blanton says.

An initial task is to boost occupancy at the campus’ signature 300,000-square-foot Core Lab building, which is about 50% vacant, Blanton says.

Prospects for downtown Kannapolis are greatly enhanced because of construction of a four-lane, limited-access highway connecting the center with Interstate 85. Completion is likely within a year, making it much simpler to enter the downtown area. The town also has a solid water and sewer system that was developed to support Cannon Mills decades ago.

Murdock’s Dole Foods was always expected to be a major force at the campus, but it has moved its operations elsewhere. Castle & Cooke’s local leader, Mark Spitzer, retains an office at the Core Lab.

UNC Chapel Hill, N.C. State University and other UNC System entities occupy two buildings that will revert to state ownership in 2028, Blanton says. He expects UNC to remain a vital factor at the campus with its diverse array of medical and nutrition programs.

Insite plans to push for more medical research at the campus. Kannapolis is midway between Charlotte and Winston-Salem, making it part of the medical-research corridor that the state’s biggest hospital company, Atrium Health, is promoting.