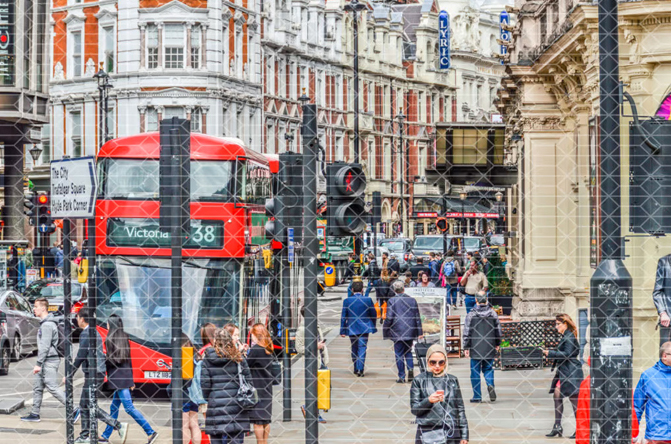 A lot of time when a company is sold for a bunch of money, the focus is on how folks who work there are getting rich. They have hit the startup jackpot.

That’s the talk about Global Data Consortium, a 40-employee Raleigh company that was bought last week by the London Stock Exchange Group. Supposedly, the deal is worth hundreds of millions of dollars, although terms were not disclosed. A LSEG subsidiary, Refinitiv, already had around an 11% stake in GDC from a 2020 deal.

I was interested in what GDC did that was worth all that money to the LSEG, and how they came up with the idea.

I talked to the co-founders, Charles Gaddy and  Bill Spruill, about their partnership and their business.  What I learned was that their story goes back nearly two decades. It was not an overnight success.  Both Gaddy and Spruill worked for a number of different companies, and learned from wins and setbacks. They had time to think deeply about what kind of business they wanted to create.

“We’ve been operating together a long, long time,” says Spruill.

You know those brainstorming sessions with flip charts and post-it notes?  Those actually work. That was part of their journey in creating GDC. If you’re at the start of your journey, pay attention during the training you’re getting now in the beginning of your career, especially to concepts like “ideation,” which is a word you will hear from Spruill. It is the process of generating and developing new ideas. Successful entrepreneurship is a hard process, with no shortcuts on the ideation part. Gaddy and Spruill figured that out, and then the next hard part, execution.

What GDC does is help companies all over the world quickly figure out if prospective customers are who they say they are. Identity verification is more difficult than you may think. There are many bad people out there who launder money and commit fraud, and they do this by tricking banks and other companies into thinking they are legitimate. To combat these criminals, governments all over the world have put in place regulations that require businesses to verify who their customers are.

GDC’s software allows clients to satisfy those identity verification requirements. The company generated around $20 million in revenue last year and has been growing rapidly. Gaddy and Spruill set a minimum 60% annual growth target. Some years GDC has grown more. “We don’t grow less than that,” says Spruill.

Gaddy and Spruill met for the first time around 20 years ago when Gaddy was working at YellowBrick Solutions and Spruill was at SAS subsidiary DataFlux.

“We met each other at the [Café] Helios coffee shop on Glenwood,” says Spruill.

For much of the next decade, they were working as consultants for a variety of companies.  A particularly crucial one was AddressDoctor, a mailing-list address validation company, where Spruill was chief operating officer and Gaddy managed key accounts and partnerships.

“We were basically working from home, both of us independently, and we decided to start collaborating together, and got our first office space in downtown Raleigh,” says Spruill. “AddressDoctor, that was one of our clients.”

Around 2010, they started looking at ideas for their own business, something that would leverage the experience and connections in the data management and verification industry they had accumulated since the mid-90s, back when they were not long out of UNC Chapel Hill (Spruill) and N.C. State (Gaddy).

“I use the term ‘wandering around in the desert,’” says Spruill. “Trying to figure out what we were ultimately going to become, and we didn’t figure out that part until later.”

The answer came, as it almost always does, from customers.

“We started the business off with the notion of developing, licensing data for address validation purposes,” says Spruill. “And then we realized that there was a much bigger opportunity where customers, prospects were telling us if you can associate a name to an address, that would be far more interesting for them.  And so that was the initial foray for us into the identity-verification side of the equation.”

But then a couple of regulatory changes in Europe around data proved to be very good for business:  The GDPR – the General Data Protection Regulation – and the Fourth Anti-Money Laundering Directive. The GDPR tightened up rules on how companies manage personal information, and the money-laundering directive tightened rules on knowing your customers.

“Bill and I often say we were as lucky as we were good,” says Gaddy.  “We had built a solution when we pivoted into the identity space that didn’t hold data but could compare people’s names and addresses and dates of birth and verify that they were who they say they are.

“So, we built the solutions, and as luck would have it, regulations came along that made the solution one of the most viable in the space in that near-term period, from 2015 through 2018 for sure, as those regulations got more and more teeth.”

What they built was an application programming interface (API) that let clients submit a prospective customer’s identity information and use GDC’s network of data sources in 70 countries for verification.  Clients could satisfy due diligence regulations while protecting customer information.

Someone using a fake identity might come up with a real name but would be harder pressed to come up with a correct address, date of birth, email address, national ID number and other data points.

“All through one API,” says Gaddy, “which is the key to that. You’re removing some of the complexity.  You have one API defined to pass a name and address, date of birth, and national ID. And in Brazil, that national ID is called the CPF, perhaps. In Italy, it might be a tax ID.  In the U.S., obviously it’s a Social Security number.  But you drop something in called a national ID, and we take it forward to do the verification in each of those markets.”

GDC’s hierarchy of data sources is built upon some 300 suppliers of information, and those suppliers have suppliers.  “Like in the case of the credit bureau of Australia. They have three or four sources as one supplier.  In Brazil, I have a series of suppliers. Those supplies have eight to 10 different data sources.  But they also have people for them that very easily understand the Portuguese nuances in matching names, and the Portuguese address structures for matching and verification.

“Because the localized matching with someone who’s built a Portuguese matching engine on names is going to do better than some guys in North Carolina trying to match Portuguese names.” says Gaddy.  “But we also have our own layers of machine learning, so we can take feedback loops from what those local experts have done, and make our Chinese better, or our Kanji and Katakana in Japan better, and so on.”

Gaddy and Spruill, who will become senior advisors at GDC, make clear that their service is not the 100% solution to stop would-be money launderers or fraudsters.

“Our intent is to actually not so much be thought of as a broad AML compliance tool as we like to be looked at as an enabler of accurate, high-velocity customer onboarding,” says Spruill.  “There’s a level of verification that we can provide that at least says whoever’s signing up here seems to be this particular individual.  If you’re an organization that wants to bring the level of potential fraud or risk down, you also apply additional layers over the customer journey to ensure that you are continuously dealing” with a verified customer. “The goal of our solution is to provide an initial litmus test to remove the potential for hostile forces.”