How Sampson County sweats the details in economic development

Economic developers at the local and regional level do a lot of the unglamorous work to get sites ready – industrial parks, standalone properties, and empty buildings that could be rehabbed. This is known in the trade as “product,” and if your product lacks electricity, natural gas, water and sewer lines and road access, companies aren’t going to come. There’s no use talking about workforce or incentives if there’s no building site available and prepped to handle a new factory.

Someone has to sweat all those details, and usually it’s some economic developer. What gets all the attention is the announcement of a new company coming. There’s a state press release and a ceremony with dignitaries, but that’s at the end of a long process.

One site that I have watched for decades is the Sampson Southeast Business Center in Clinton, an industrial park roughly midway between Raleigh and Wilmington.

The center, which sits between U.S. 421 and U.S. 701 on the northwest edge of town, has been around for a while. In the early ‘90s, it got a couple of anchor companies, such as the Switzerland-based Schindler escalator manufacturing complex. If you’ve ridden an escalator, there’s a good chance it came from Clinton. Another company that gave the park a big boost was the homegrown DuBose Strapping. The center’s businesses have filled in around 160 acres, and include HilCo Transport, UFP Industries, and Coastal AgroBusiness.

Last September, Sampson County acquired another 122 acres for the center for $2.1 million, and the N.C.  Department of Commerce awarded the county a nearly $1.3 million Industrial Development Fund grant in February for road and utility work for the new acreage. This was the county’s first IDF grant.  The mega-incentives for the big-city wins – like Apple in Research Triangle Park – get the most attention, but Commerce grants have a significant impact in rural counties.

I’ve been visiting Clinton for more than 40 years, because my wife’s family has operated a farm in the county for generations. So, I was curious about this flurry of activity with the center. I started poking around the site database of North Carolina’s Southeast, the Elizabethtown-based regional economic development organization that recruits for and markets 18 counties from the Sandhills to the coast, including Sampson. I found the center, and up popped a slick drone video of the industrial park and its new, ready-for-business acreage.  Whoa, I said, that’s something I hadn’t seen before.

Turns out, it’s part of an innovative marketing effort by NC Southeast, which helped when the pandemic hit, when corporate site visits got difficult.

“We wanted to give people who weren’t comfortable at the time access to look at these sites even if they couldn’t put boots on the ground,” says Megan Sellers, marketing project manager. 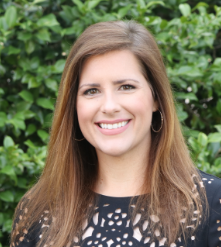 NC Southeast contracted for the videos with SynTerra, a science and engineering firm with offices throughout the Southeast, including Charlotte. Each NC Southeast county is getting at least one video highlighting an industrial site. Some have ponied up for a second video, so 26 are being produced in total. For example, videos showcase Moore County’s Iron Horse Industrial Park, Brunswick County’s Mid-Atlantic Rail Park, and Anson County’s Atlantic Gateway Logistics Park.

Power companies, which play a key role promoting economic development, have helped with some of the cost.

What I found interesting is that prospects and site selectors are not just able to view these drone visuals. They show detailed overlays – a master plan – displaying the variety of building site sizes and locations as well as specifics on utilities and distances from the Wilmington port, airports, interstates and major markets. If you are a consultant filtering through dozens of sites for a client looking to locate a new plant, these videos will catch your eye and answer basic questions.

“Economic development is a process of not being eliminated prior to being selected,” says Joe Melvin, NC Southeast’s director of business development. “Particularly during COVID, people not traveling, site selectors will tell you 80% of the work is done before the first email, the first call comes to anybody. Are you checking enough boxes to stay on the short list?  And if so then you become a potential opportunity for them. And that’s where folks like Stephen on the local level do their magic.”

Stephen is Stephen Barrington, Sampson County’s economic developer, who says without the assistance from NC Southeast, he wouldn’t have had the resources to pay for the video or the master planning, which was funded by an Economic Development Administration grant. Though the video has only been up for a few weeks, it has gotten noticed.

“We’ve had more than one group who has actually called us to inquire for more information,” he says. 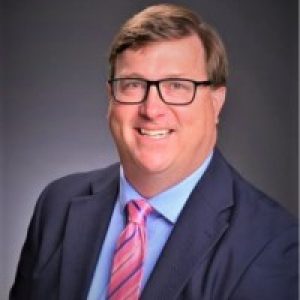 In rural counties, a lot is riding on the work of economic developers like Barrington. Sampson is a Tier 1 county, as are 11 of NC Southeast’s 18 counties, which means they are the most economically distressed. Sampson’s median household income is roughly half Wake County’s. As Barrington noted, one in three children in Sampson is living in poverty. The northern end of the county is just 35 miles down Interstate 40 from the Raleigh Beltline, but it’s a long way away, economically.

Textile and other manufacturing plants shut down years ago in Sampson as global competition intensified, and county business leaders and politicians started working on bringing in new companies.  This was a frustrating process, because not every new business would last.

“So, folks want to come in and they want to kind of low-ball wages, they’re probably not going to be very successful with that retention rate,” says Melvin. “Their turnover rate is going to be very high.  But for those that come in and offer a good benefits package, a good work environment, I think that’s what local developers can help them understand – If you’re a metal worker or you’re running a CNC machine – to get the best quality employees, you’re going to have to pay roughly in the X to X salary range.” 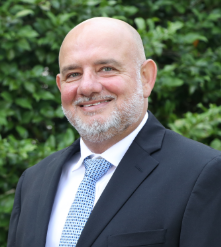 The counties of NC Southeast have learned to work together as a region. This is important but often overlooked.  Sampson has a population of around 64,000. But it draws on a regional labor market. A new company locating in Clinton can get employees from surrounding counties, just as a new company in Bladen or Duplin can draw from Sampson, if it pays well enough.

When economic developers down east do their workforce estimates, they often start by drawing a 60-mile circle around a prospective employer’s location. “People are willing to drive an hour to get to work,” says Sellers.

Across U.S. 421 from the industrial park is a large building that was once a textile plant. Locals recall it as Beaunit and then WestPoint Pepperell. Today, it is a distribution facility for Hog Slat, the Newton Grove-based company that is the largest construction contractor and manufacturer of hog production equipment in the U.S.

When textiles and tobacco declined in Sampson County and throughout the Coastal Plain, the hog industry became a major engine of the economy. Although the industry has been criticized by environmental groups, the business was something that folks down east could build on their own, right away, while waiting for an industrial strategy to evolve.

The industrial strategy is less visible than the hogs, and sometimes you need to fly a drone to fully appreciate what folks like Barrington, Sellers and Melvin have done. But it is taking shape in places like the Sampson Southeast Business Center.