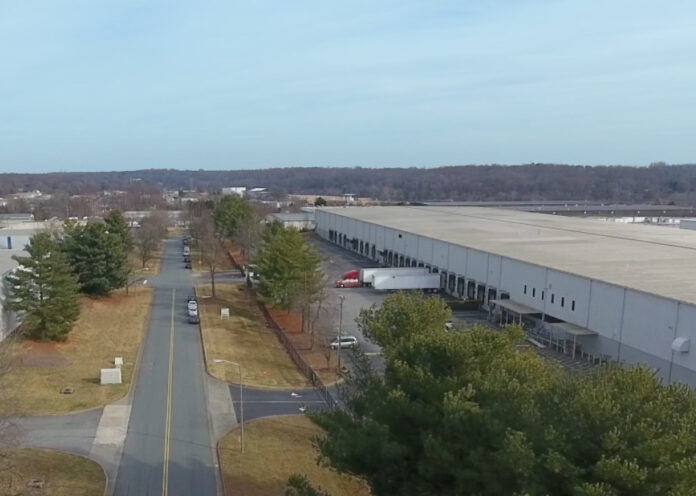 Julian Bossong, CEO of Winston-Salem-based South Atlantic Packaging, is well-known in Triad and Triangle business circles, having worked at and run a number of companies from banking to software to consulting.

He gave me a tutorial in the packaging business that was also a window into our country’s pandemic-disrupted supply chain, still experiencing shortages of key items. If you’re a company like Bossong’s, you can’t package consumer products unless the manufacturer gets you enough. If the job’s putting seltzer in a variety pack, and there’s supposed to be 12 different flavors, nothing gets shipped if the mango cans haven’t shown up yet.

A lot of the products in supermarkets and retail stores are packaged by contract outfits like South Atlantic. Big consumer packaged goods companies know how to fill juice boxes, for example.  But putting them efficiently in containers of different sizes and configurations for shipment to different sales outlets — traditional retailers, warehouse clubs, e-commerce distribution centers — is something they increasingly outsource. They would rather focus on developing and marketing new products and contract out the shrink-wrapping and blister-packing and store display-building headaches.

That is one reason why South Atlantic has quadrupled its revenue over the past five years.  “We’ve been averaging well north of what the industry growth rate is, 10 to 12% [annually],” says Bossong, 53. “We’re growing much faster.”

South Atlantic was founded in 2000 by James G. Rucker and Steve Burns. Pat Grantham joined in 2009. Rucker’s family goes back generations in Greensboro and has operated one of the Triad’s oldest warehouse and logistics business.

In 2017, Rucker wanted to focus more on warehousing, Burns was looking to retire and Grantham wanted to grow the company, says Bossong. In 2016, in a company press release, when South Atlantic acquired a Pennsylvania company, ProStar Packaging, the goal was to grow into a $50 million enterprise. So it was time to look for new ownership. Discussions began with Wilmington-based Tidewater Investment.

Bossong, who had been in the MBA program at UNC Chapel Hill with Merrette Moore, Tidewater’s managing partner, was brought in to study the business. He had just left Monitech, the Morrisville-based ignition interlock company that makes breath-alcohol-detection devices for cars.

“If you look at my career, it is taking complex businesses, complex sales businesses, business-to-business organizations that are going through a lot of consolidation, and they need to scale,” says Bossong.  “And they’re going to go through an increase in sophistication level.  And I saw that happen in software that I was working on, and I saw that happen in ignition interlocks. And when I came in to do due diligence for South Atlantic, that’s exactly what I saw, an industry that’s growing 10% a year.”

“I saw a group of employees who were doing a really good job taking care of the customer, and they were very happy.  I saw happy customers, and I knew the industry was going to go through consolidation, and create barriers to entry.  It was a mom-and-pop highly fragmented industry.”

And that’s what happened.  South Atlantic had plenty of packaging knowledge. The challenge was more how to scale up a data platform and processes that would allow the company to grow faster than the industry, train a larger, agile workforce and adapt to the rapid evolving distribution channels of the consumer package goods industry. In a consolidating industry, the surviving companies would have to be able to secure increasing numbers of quality and safety certifications and be able to track everything.

Bossong had been preparing for this since he graduated from Davidson.  He was a commercial banker for Wachovia, and then worked at the old Carolina Power & Light application service provider, Interpath, which was merged by Bain Capital with USinternetworking.  Bossong was comfortable with change, particularly the change brought on by technology, and he knew why some businesses survive and some don’t. His family’s Asheboro company, Bossong Hosiery, has lasted nearly a century by finding a niche in private-label manufacturing of medical compression and fashion hosiery products.

In Bossong’s first job, at Wachovia, it was part of his job as the new guy to collect on loans gone bad.

“I learned what receivables and inventory and fixed assets were,” he says.  “We didn’t have a workout group. The workout group was the commercial banking group.”

It is not surprising then, that during the weekly Zoom call with managers in his company’s facilities around the country — after asking about COVID cases and safety issues, Bossong asks if there are any collections problems.  But not just because of his workout days. He’s asks because collections problems can signal a dissatisfied customer.  “Often times, if there is an issue, they don’t pay.  So that is always a leading indicator to me of a potential problem.”

South Atlantic has grown in part through acquisitions, such as the 2019 purchase of Tampa-based Versatile Packagers. But much of the growth has come from new locations. In some cases, South Atlantic has opened new facilities, where it can handle multiple clients. In addition to its 244,000-square foot main facility in Winston-Salem, South Atlantic is in Indianapolis, Reading, Pennsylvania (ProStar), Tampa, (Versatile), and Dallas. “The overall footprint of all of [our] locations is just shy of a milion square feet.  We just added Dallas.”

In other instances, it has embedded itself in a customer’s own building. Embedded operations are in Statesville, Memphis, Salt Lake City, Chicago, Atlanta along with York, Pennsylvania and Harrisonburg, Virginia.

Most large consumer packaged goods companies that outsource packaging do business with multiple vendors like South Atlantic. The opportunity for South Atlantic is to do a good enough job to get more of a customer’s business, and retain that business.  In 2022 so far, 92% of South Atlantic’s customers were companies it served in 2021. “We’re growing quickly, but that’s through consolidation with our customers.  They’re bringing us more of their business because they’re more confident. If we do a good job with our customers, they’ll bring us more business, because they have multiple co-packers.”

The industry is so fragmented, with 75% of the nearly 1,700 U.S. companies having fewer than 20 permanent employees, according to the census. In North Carolina, there are 72 packaging companies, with 3,280 permanent employees. There may be five times that many temps who come in as needed. Many companies don’t want to grow or don’t have the capital to scale up. The large consumer packaged goods companies, meanwhile, want to deal with fewer packagers with multiple locations, as well as the latest technology and certifications. North Carolina is a rising food production state, so there are opportunities here, not just nationally, for a packager that wants to grow.

In our conversation last week, I was sitting with Bossong in a Raleigh coffee shop. He pointed to my paper cup, with its coffee shop sleeve and lid, to illustrate what it is like in the packaging business these days.

In real terms, it’s a customer that’s a cat food company that can’t get starch, an ingredient for one of its products, which gets in the way of completing a cat food variety pack.

What this means is that packagers have to be able to switch their lines quickly to work on different products, depending on unpredictable flows of inventory from manufacturers. If one line is down because of shortages, it needs to be switched quickly to a different product. South Atlantic has close to 100 permanent employees and 500 or more temporary workers. Its workforce on any given day is calibrated to the jobs scheduled to move through its plants, and when shortages disrupt a job, folks are on the clock. They need something else to package. This need for agility is why great data management is a critical advantage.

“We’re not expecting the supply chain hiccups to come to an end until at least 2025,” he says.

South Atlantic’s owners are willing to invest to keep the company on a growth path. “We made more capital investments last year than we made in the previous four years combined. With the earnings that we’re bringing into the company, we’re reinvesting in the business. If you had a flip-it mentality, it’s totally different. We’re making decisions with two, three, four, five-year horizons, which is very different than your typical private equity group, especially five years in.”