How $3 billion may solve the state’s rural broadband dilemma 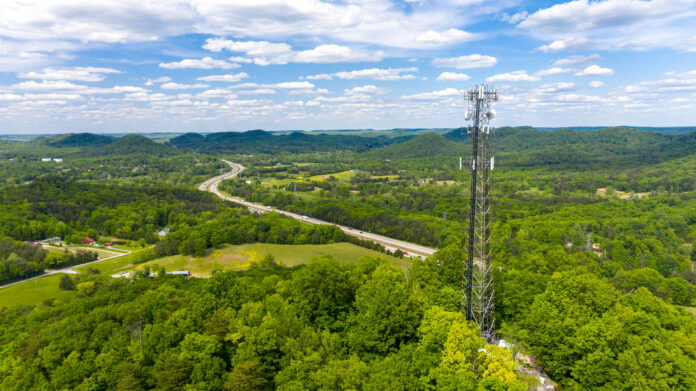 The state has started approving grants in the current round of broadband funding. Last week, Gov. Roy Cooper announced that more than $23.4 million would be spent to fund high-speed Internet projects in 12 counties. This will make broadband available to nearly 7,000 households and 374 businesses in rural communities from the mountains to the coast.

This money is being provided through the GREAT grant program. GREAT stands for Growing Rural Economies with Access to Technology, which has been around for a while but got turbo-charged in the burst of federal and state broadband funding during COVID. When the pandemic closed schools and sent workers and their laptops home in the spring of 2020, everyone became aware of the digital divide. Images of kids sitting in cars next to school buses with wi-fi had a galvanizing effect on Congress and state legislatures. Getting fiber optic cable out to unwired communities and neighborhoods with poky Internet became a high priority in Washington and state capitals.

The next few years will see a massive construction program putting fiber optic cable all over the countryside, the digital equivalent of rural electrification.

I talked about all this with Nate Denny, who is deputy secretary for broadband and digital equity in North Carolina’s Department of Information Technology. Denny helped run the federal General Services Administration — the government’s landlord, motor pool, procurement and technology transformation hub — rising to deputy chief of staff. Then he came back to North Carolina to work in the DIT. He has held several jobs in which he worked with lawmakers in Raleigh and in Congress. He knows how policy is made and government programs work and don’t work. A graduate of UNC Chapel Hill, he has a law degree from the University of Richmond, and he went to high school in Elizabeth City, so he knows rural North Carolina, which is helpful in his current post.

Denny and his staff are overseeing a big broadband installment. The current GREAT grant round has $350 million in federal stimulus funds plus another $30 million in state money to distribute. That is a lot of money considering that pre-pandemic in 2018 the legislature funded a $10 million pilot program.

The states and many municipalities got a lot of federal pandemic relief money last year when Congress passed ARPA, the American Rescue Plan Act. North Carolina got around $5.5 billion.

“Those are the three foundations to be able to participate in the full, modern economy today.”

The General Assembly funded around $971 million for broadband infrastructure. Not everything, such as subsidized service for low-income households, but the federal Infrastructure Investment and Jobs Act extended the Affordable  Connectivity Program for that.

So, under the GREAT grant program, broadband providers have put together proposals in most counties detailing where they want to run service. The 305 applications proposed more than $1.7 billion in total project costs, says Denny.

The process allowed for a protest period. In some cases, there are overlaps, or providers want to go in areas that other providers claim to be serving. So, Denny and his staff — in order to get things going — looked at counties where there weren’t protests and evaluated the proposals using a scoring system and came up with the initial grants. Eventually, after sorting out all the protests, the rest of the GREAT grant money will be awarded.

The next big part of the process will be a program called the Completing Access to Broadband (CAB) round, which has $400 million, and would be driven more by counties than Internet providers.

There’s also $90 million set aside for what Denny called “stopgap solutions.” These could be for, say, places where it might be very difficult to attract Internet providers, such as in the mountains. “It could be financing the construction of a tower to host wireless equipment, or a downtown wi-fi project.” There is also $100 million available for a new pole replacement reimbursement program. While some of the construction will involve placing fiber optic cable in trenches, in some areas, providers – such as electric co-ops – will probably run the cable on poles. And a portion of this pole network will be upgraded to handle major broadband projects.

And there will be a million dollars for mapping. One of the challenges in building out broadband is figuring out who has it and who doesn’t. It is expensive to go up and down roads and find that out, but it is essential to know exactly where the gaps are.

“Right now, we’re stuck at the census block level,” says Denny, “which is what the FCC uses. The FCC would tell us that 95.5% of North Carolina households are served. We know that’s overstated. It’s probably in the 70s or 80s.”

“And we’ve got $50 million over four years for digital literacy and awareness programming.” It is important, in running broadband into unserved areas, to help folks take advantage of the technology. This may be one of the most crucial investments.

There may be close to another billion dollars on the way from Washington from last November’s infrastructure act.

Denny estimated it will take $2.5 billion to $3 billion in public and private money to get everyone access to high-speed Internet – either fiber or fixed wireless or something. He thinks there will be enough to do the job.

“I think by the time we go through the ARPA work, especially the GREAT grant program and the CAB program and the private sector match that will be part of that for both ARPA work and Infrastructure Act work, I think we’re going to end up right about that number.”

Projects have to be done in two years from the time the grant agreement is signed by the provider; there will likely be extensions because of supply chain issues.

Richmond Fed President Tom Barkin told a rural conference four months ago that it would take $80 billion nationally to build out broadband, based on research by his staff. He said more than enough money has been appropriated. Now the challenge is helping local governments and leaders navigate the grant processes and putting the money to work. Just managing the program. And this is where folks like Denny and his staff come in, all over the country. It is an historic moment, right now, in our technological story.

Rep. Brian Farkas is a Pitt County Democrat who has made access to fast Internet a focus of his first term. He is trying to pass legislation to make it easier for telecoms to take advantage of state highway projects to install conduit, and to more clearly define what are underserved and unserved areas, and to set higher standards for acceptable broadband speeds. Some of this got into the budget, so he’s encouraged.

“Out here in Pitt County, we’ve got one really heavy provider. There’s a secondary provider that’s here, and there’s a third one that’s setting up shop, but only in Greenville. They’re not going to any of the rural areas in the county.