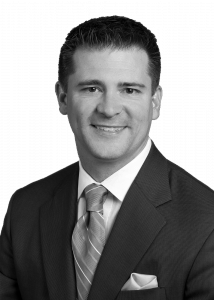 Charlotte’s newest office tower, which just opened its doors to workers in the last two weeks, is being sold for $436 million, a state-record office building sale. Highwoods Properties Inc., a publicly traded Raleigh-based real-estate investment trust formed in 1978, agreed to buy the 33-story Bank of America Tower in downtown Charlotte for $436 million.

The transaction does not include an adjacent 18-story office building anchored by consulting firm Deloitte, and a 23-story tower that will be the headquarters for Honeywell Inc., which has moved its base from Connecticut. Those sites make up the 10-acre Legacy Union development created by Charlotte-based Lincoln Harris (a partnership of Charlotte’s Harris family and New York-based Lincoln Property Co.) and its financial partner, New York-based investment banking giant Goldman Sachs Group. The buildings are on land that for decades housed The Charlotte Observer.

We asked Ryan Clutter, a leading expert on Charlotte commercial real estate, to comment on the transaction. He is a senior managing director of HFF, which advises clients undertaking many large property deals. Real-estate giant JLL bought HFF in July. Clutter did not work on this transaction.

What does the transaction say about the Charlotte real estate market?

It’s great for Charlotte to have Highwoods re-enter the market — they are a very strong, reputable group in the Southeast. It makes a lot of sense for Highwoods given the demand drivers here and Charlotte’s rapidly growing, diversifying economy. It’s really a testament to how the Charlotte market continues to evolve and to be more of an institutional marketplace.

What makes it a smart move by Highwoods?

As Highwoods continues to focus on strong growth markets in the Sunbelt, Charlotte is a logical addition to that mix. It’s one of the fastest growing cities in the nation, let alone the Southeast.

Doesn’t it look like Highwoods is buying at the top?

Is there a rate of return, often called the capitalization rate, that can be estimated from this transaction?

I wouldn’t want to guess what the cap rate is on this deal, but generally speaking, on the newer core office deals in a lot of these Southeastern markets, we’re seeing cap rates between 5% and 5.5%.