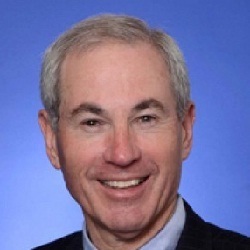 Owner Rick Hendrick has assumed the CEO role. Brown joined the business in 2010 as chief financial officer after a long career as a Bank of America executive. He became CEO the following year and has helped guide Hendrick’s growth to more than $9 billion in annual revenue. Business North Carolina named it the largest N.C.-based private company in 2019.

Gach has been affiliated with the company since 1984. He was the corporate attorney for Hendrick Automotive Group and its sister company, 12-time NASCAR Cup Series champions Hendrick Motorsports. He also has been Hendrick’s personal attorney and strategic advisor.

“Not only did Ed help us navigate historically complex issues, he led our company to significant growth and multiple years of record revenue, including 2019,” Hendrick said in a press release. “Notably, his passion for expanding our corporate social responsibility programs has left an indelible mark on our culture and the communities we serve. We are grateful for his many contributions and wish him the very best in his well-earned retirement.”

Brown is chairman of the board at Charlotte-based Atrium Health, the state’s largest hospital system.

In 2019, Hendrick sold 220,000 vehicles and serviced 2.7 million cars and truck at its 94 dealerships, which stretch from the Carolinas to California.