The fireworks at the crisis management panel started when a fellow panelist, an in-house attorney, revealed that in her experience PR firms were often of limited … very limited … value. Ouch, this PR exec thought, staring out at the 200-plus poker-faced lawyers gathered for the seminar. But, as in a crisis, this was no time to shut off and stew. A constructive response was in order. 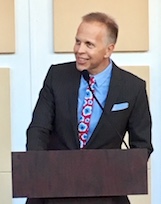 The attorney continued that some PR folks she’d worked with tended toward advice that seemed rote, missed important elements of a company’s overall strategy and served up imprecise draft statements that in-house counsel had to then whip into shape — all slowing down the process of responding to a problem in a timely way.

My response to this critique may be of value beyond that room given how susceptible North Carolina’s life science, manufacturing and tech companies — not to mention universities, politicians and nonprofits — are to crisis situations. We’re all aware of crises that made for spectacular, ongoing headlines, often because the organizations in the spotlight fumbled early on.

Yes, it must have been excruciating for Boeing in 2018-19 to reckon with the two no-survivor crashes of its hot product, the 737 Max. Because the company failed to respond quickly and clearly, it lost control of the narrative, allowing others to frame the situation. Boeing appeared disordered, concerned more with profits than people. The company’s CEO and general counsel at the time are now out.

Clearly, a crisis war room is no place for slack thinking or mediocre execution. But it doesn’t have to be that way; a skilled and focused external resource can offer much to the internal team — the in-house counsel, C-suite execs and department specialists — dealing with a crisis:

Crisis communications is a curious art in that although an incident feels raw and bracing as it unfolds, almost all crisis scenarios are predictable. And if you can predict them, you can prepare for them.

As you read this you know that it’s possible your product or service may fail or even cause harm, that the human beings on your staff may make ruinous choices, that some unforeseeable circumstance may lay your organization low, that you may face unfounded allegations. None of this is pleasant, but all of it is important to your outfit’s reputation — and well within the realm of preparation.

Indeed, every organization should have several crisis playbooks, with each focused on a certain kind of dire situation, from a data breach to a #MeToo moment. A playbook should include a chain of command with full contact details, internal and external communications protocols and draft statements among other items. The ultimate goal of a playbook is to ensure the Three Rs: that in a crisis, the right people with the right information convene right away.

This is something an organization can do on its own. But will it? Amid all the hustle and bustle will you really make a thorough run at playbooks as well as dress rehearsals? An outside resource can help do a lot of the leg work required for such exercises and provide best practices gleaned from working with other clients.

A rehearsal is also a good opportunity for the organization to make sure its comms agency doesn’t intend to pull the ol’ bait-and-switch, wherein a rookie suddenly fills in for the seasoned pro who initially earned your trust and business. The participation of senior executives should be mandatory.

Anyone who’s ever noticed a CEO grimace, even if for just an unguarded nanosecond, at a query poised during an intense meeting knows that there are, indeed, ‘dumb’ questions. Or rather, there are points that may not be politic for an employee to make to the boss and perfectly good questions that don’t get asked for fear that colleagues will think the answer should be obvious.

Here again, an outside resource can help. We can make uncomfortable points and pose tough questions without worrying that the annual holiday party will be awkward. It’s also part of our job to float trial balloons on how, for example, the response to a crisis might deviate somewhat from the playbook based on external factors such as what’s happening in the news cycle and the social media climate.

To be clear, playing the role of the constructive outsider doesn’t mean walking into a crisis room wide-eyed and naive. That’s no starting point for posing constructive, sometimes tough questions. The onus is on your external resource to be well studied, to ask the questions ahead of time that afford as a 360 view of your business and concerns. If your agency isn’t poking and prodding so as to truly understand you, they may be counting on glibness to pull them through.

Forest for the Trees

In a crisis, it’s natural for human beings to turn inward, perhaps curling up in a corner or digging trenches for ongoing warfare. In a couple key ways, an external resource can help internal crisis teams see the bigger picture beyond the war room.

Social media has, of course, transformed the communications landscape. We use monitoring tools like Mention and BrandWatch to keep tabs on social conversations and track how responses are playing out. This is especially important when the nature of the crisis means going on offense, e.g. pushing back on an allegation.

A crisis generally does not impact every aspect of an organization. Though facing an acute problem, the business continues to operate by providing goods and/or services, attempting to build relationships with influencers, engaging with employees and stakeholders. An able external resource will help the crisis team deal with the specific problem, while also mobilizing on other fronts.

In some cases, my firm has helped develop positive campaigns having to do with parts of a business not impacted by the crisis, such as reminding audiences of an organization’s community involvement. Skeptics may cast this as trying to ‘paper over’ a problem, but it’s actually about ensuring that your brand is evaluated fairly, on the whole, not just according to ‘breaking news.’

My fellow panelist was right when she called out those PR firms that try to take short cuts. Dealing with a crisis is ultimately about your organization’s reputation, and successfully managing something so precious requires careful thought, a long-term plan and, if I may be so bold, many able hands.

Billy Warden is the co-founder of boutique Raleigh-based marketing/p.r. firm GBW Strategies as well as a writer, band leader and public speaker.