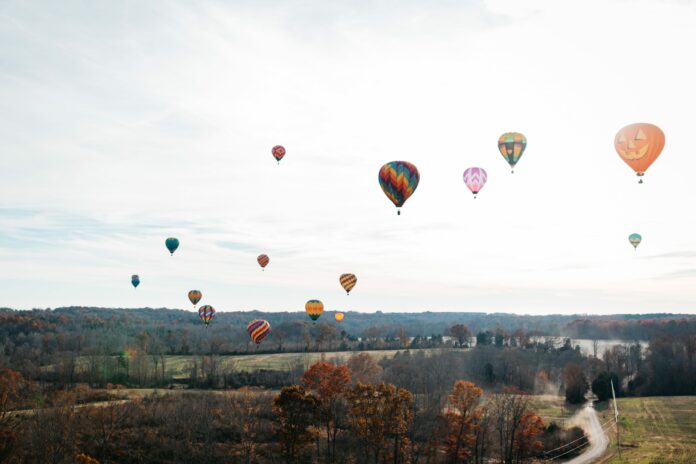 At sunrise and sunset, trailers hitched to SUVs and pick-ups with large beds sit as they wait for their pilot’s signal while hot-air balloons paint the sky in Iredell County. Pilots use wind navigation and expertise to find a safe landing, steering clear of trees, power lines and roadways, all while communicating where they are headed to their chase crew. A flat, empty patch of grass in a resident’s backyard will work fine.

It’s not an unusual sight in Statesville, which has developed a reputation as the hot-air balloon capital of the East.

Hot-air ballooning was reborn in the U.S. in the early 1960s by Ed Yost, cofounder of Sioux Falls, S.D.-based Raven Industries, which developed high-altitude balloons used for government space research. Yost fastened a couple of propane tanks to a chair that was attached to a 40-foot-diameter balloon. He took his first flight in 1960, eventually earning recognition as the “father of modern hot-air ballooning.”

Ballooning pioneer and legend Tracy Barnes moved to Charlotte in the late 1960s and founded a manufacturing business called The Balloon Works. It was originally located in a large warehouse but was quickly moved to a former women’s prison, both in Charlotte. In the early 1970s, Barnes moved the operation, now FireFly Balloons, to Iredell County.

In 1974, Meadows founded the National Balloon Rally in Statesville as a reunion for the pilots he trained over the years. That rally, now called the Carolina BalloonFest, has been a highly anticipated event in Iredell County for more than 45 years. It is the second-longest consecutive hot-air balloon festival in the country, organizers say. About 40,000 people attend the three-day weekend in October, depending on weather conditions, according to Bud Welch, the festival’s executive director. Tickets range from $15 to $25.

“The majority of the profits made from the festival are donated back to the community. Over the past several years, [we have] donated $787,000 to local nonprofits in Iredell County,” Welch says. “We, the Carolina BalloonFest, as a nonprofit and festival, are in the business of giving money away.”

“It was a tiny little thing that no one really knew about,” says Kristie Darling, co-owner of Big Oh! Balloons, which was established in 1981. “It just grew and grew and grew, and it turned into the Carolina BalloonFest.”

Darling and her husband, Charles Page, first attended the Statesville rally about 40 years ago. “People would roll out their pickup trucks and put their balloons up in the misty morning. It was magical.”

They watched for two years before hiring a pilot to take them for a flight of their own. Upon landing, their pilot, Jim Thompson, told them he was going to sell his balloon. Darling and Page bought it, and within two weeks, Thompson was teaching Page to fly. After Page and Darling took their post-wedding flight in 1986, Page taught his wife how to fly. The couple lives in Page’s childhood home, which doubles as their balloon launch pad for Big Oh! Balloons.

But ballooning isn’t just a once-a-year event in Statesville.

Floating above the tree line is arguably part of the town’s culture. Residents wear hats, shirts, sweatshirts and other apparel with balloons stitched on them. Pickups with balloon baskets in the beds are frequent sights.

“The ballooning family we fly with most often is really tight. We all take care of each other and support each other,” Darling says. “We counted about 14 active balloon pilots in our
local region.”

One is Marc Klinger, who has been flying balloons for 32 years, he says. ​​He and his wife, Ursula, learned to fly in south Florida in the 1990s and started Airtime Balloon Co., offering trips in the Charlotte region year-round. While Ursula doesn’t fly as much anymore, Marc and his crew fly just about every weekend, weather permitting.

County roads that connect agricultural, rural areas to towns are also on balloonists’ side, making it easy for the pilot’s crews to access them once landed.

Big Oh! Balloons hosted about 75 balloon flights from April to November last year, which tops its average of about 50 per year. Flights range from about $300 to $325 per person, providing what Darling calls a priceless adventure.

Statesville’s continuing love affair with ballooning comes as the Iredell County city is showing more rapid growth with Charlotte sprawling northward. Its population was 28,419 in 2020, about a 16% increase from 2010. Statesville in recent decades grew more slowly than its southern Iredell neighbor, Mooresville, best known as the headquarters of home-improvement giant Lowe’s.

“I started to tell people in five years Statesville was going to look like a completely different place. But that was not really expecting what we have been experiencing over the last year or so,” says Ron Smith, Statesville’s city manager since 2018.

Statesville benefits from ample water and sewer capacity, available land and its proximity to the intersection of Interstates 40 and 77. About 9 million square feet of industrial development is being considered around the city, Smith says, citing local economic recruiting sources.

Many cities have warehouses, of course. Statesville has something loftier.

“I think it is crucial we keep ballooning as part of our city’s identity,” Smith says. “That is kind of one of the things we are known for.” ■

In November, I floated above the trees with pilot Marc Klinger during a media tour spotlighting Statesville and Iredell County. My fiancé and I arrived at the launch pad at Cool Spring Center in Cleveland, a Rowan County town 13 miles west of Statesville. The balloons were deflated and lying flat on the ground. One by one, pilots filled their balloons, and, eventually, bright colors covered the entire field.

We flew for about an hour at sunset, and it was breathtaking. The silence would break when more propane would fill the balloon. Even then, it was peaceful. We landed in an open cow field, where Klinger’s crew picked us up. What might have been just another Saturday for Klinger and his crew was an unforgettable experience for us. 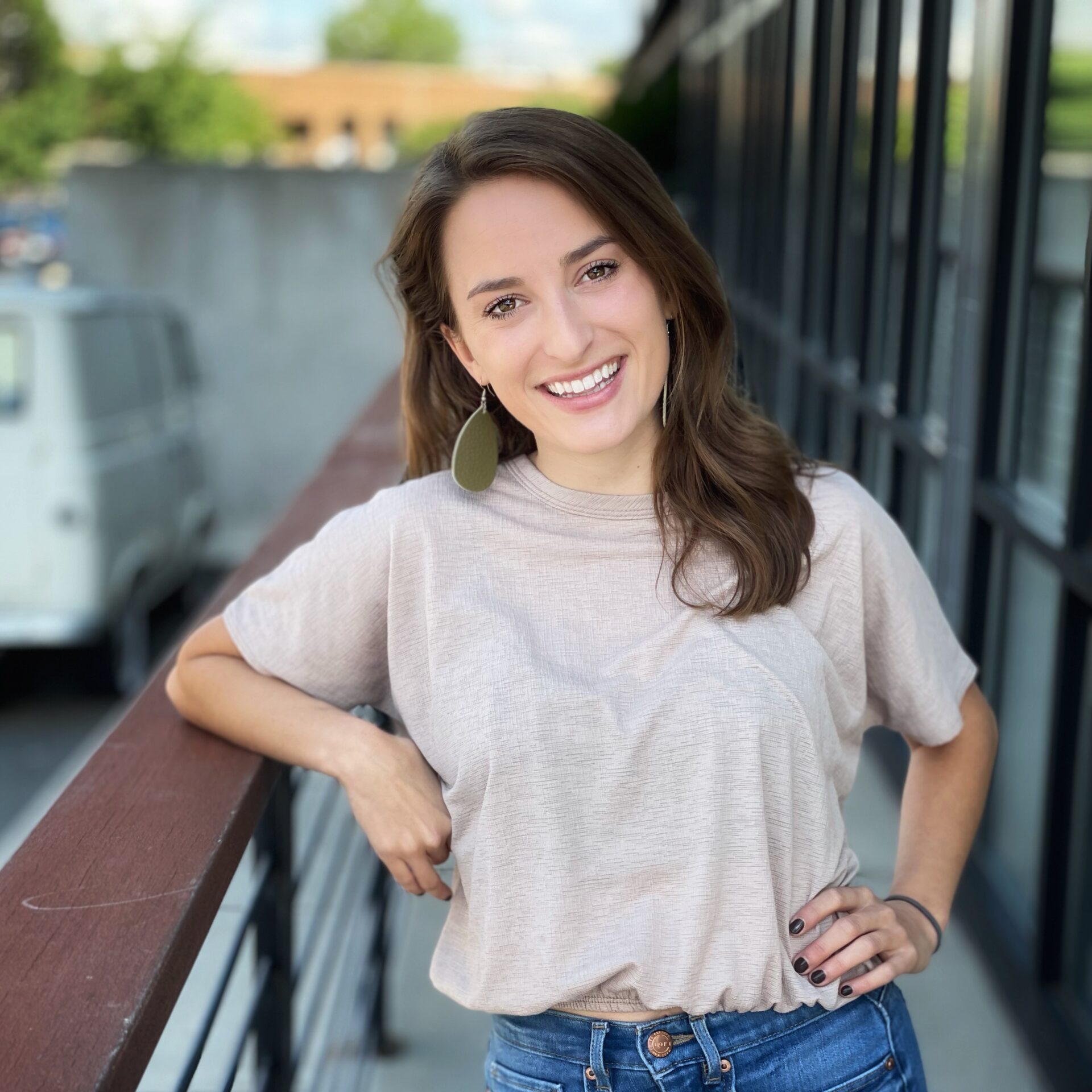