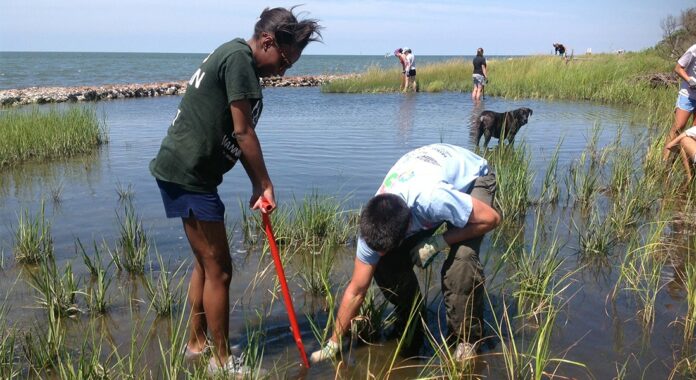 Todd Miller grew up in Carteret County, swimming and playing along beaches that were “still pretty undeveloped,” he says. “The coast was our playground … and having that as our backyard was something very special that is hard to let go of later in life.”

Miller, 59, isn’t letting go. He’s fought for 35 years to keep North Carolina’s coast an environmentally vibrant place to live, work and play. In 1982, after earning a master’s in city and regional planning from UNC Chapel Hill, he founded the nonprofit North Carolina Coastal Federation in response to plans by peat miners to harvest energy-rich layers of the spongy material near the Pamlico and Albemarle sounds. What began as a one-man operation in the back bedroom of Miller’s home near Bogue Sound — with a $500 budget — now has 32 employees, 3,000 active volunteers, three regional offices, an online news service and a $3.5 million budget provided by private-sector and government grants, fundraisers and 16,000 supporters.

Charity Navigator has given it four stars, its highest rating, and reports that Miller earned $123,690 in 2014.  The federation’s 2015 annual report states that 94 cents of every dollar donated goes directly to support its programs. Its achievements in 2015 included planting 339,500 wetland plants; restoring 17 oyster reefs and 1,025 acres of habitat; educating 2,432 students; advocating for environmental protections; preventing 220,000 gallons of polluted runoff from contaminating coastal waters; and removing 1,368 abandoned crab pots and 7 tons of debris from coastal waters.

The thousands of abandoned crab pots removed each year by fishermen hired temporarily by the federation are mixed with concrete and repurposed for new oyster reefs. State lawmakers have endorsed rebuilding the oyster industry along the coast, with the group’s $2.5 million investment split between state and federal funds.

Miller says the group’s environmental-restoration projects create more than a dozen jobs for every $1 million invested. “A healthier coastal environment makes it a better place for fisheries, tourism and for all the economic activity that relies on a clean, protected environment.” A Research Triangle Institute study, to be released in March, will assess the projects’ economic impact.

The federation’s challenges have grown along with its scope. Miller worries that the state’s forecast of a sea-level increase of 6 to 8 inches over the next 30 years undersells the possible effects of climate change. “That has huge implications, not only for beaches but for the inland coastal communities.”

Also, North Carolina’s coast is attracting many more residents, potentially degrading water quality and habitats, says Joseph Ramus, professor emeritus at Duke University’s Nicholas School of the Environment and vice president of the federation’s board. “People love to live at the coast, so North Carolina’s coastal population density is increasing, especially in the southern part of the state.” The challenge is finding ways to allow development with a minimal impact on coastal ecosystems.

Glenn Blackburn, a retired history professor from the University of Virginia’s College at Wise, is writing a book about the Coastal Federation’s history. Blackburn says the federation has provided practical, strategic advice to residents about ways they can push back when faced with environmental threats. He cites several battles the group has won, including protecting Bird Island in Brunswick County from development and opposing Titan America LLC’s plan to build a cement plant in New Hanover County.

Not everything can be characterized as a fight because the federation works with developers, industries and communities on many projects. Developers are part of the coast’s “very complex environment,” says Rachel Noble, director of UNC Chapel Hill’s Institute for the Environment  based in Morehead City. “They are part and parcel. They are recipients of their own adverse impact,” so there are benefits to partnering with the federation.

Like many nonprofits, the group depends on volunteers and donations. “It has to appeal to people’s sense of pride and ownership of coastal environment — sufficient that they’re willing to spend their time and money on the coastal resource,” Ramus says. “That’s a pretty big ask.”

In 2015, about 1,200 volunteers worked on projects for the federation, including about 15 of Noble’s students. Tasks included constructing wetlands, weeding and planting gardens, and restoring oyster reefs. “While they’re lifting oyster shells, they’re learning and doing,” she says.