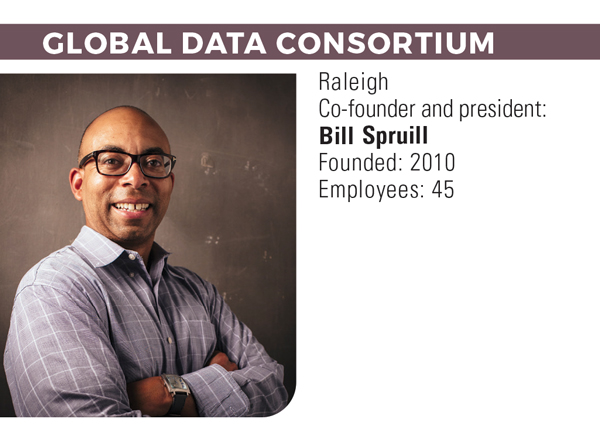 Bill Spruill describes the last year as a tale of two cities. The financial-technology company he launched in 2010 doubled revenue year-over-year, topping $20 million. The team grew substantially, with new staff in Seattle, Dublin, Lisbon, Stockholm and Sydney. In January, he added a staff member in Buenos Aires.

The fraud prevention company provides digital payments companies with identity verification of consumers and businesses. The company’s platform utilizes databases in real time to mitigate risks associated with anti-money laundering and cybersecurity challenges. Clients run the gamut from mobile payment companies like London-based SumUp (Europe’s equivalent to Square), to shared-economy companies such as AirBnB and Uber, to the burgeoning crypto space.

“In 2022, we’ll expand our products, go deeper with existing customers, and release two new products,” Spruill says. “We can become a $100 million organization in relatively short order. Five years ago, I would never have thought it possible, but I see a clear path — multiple paths — to get us there.”

Since topping $1 million in revenue in 2016, the company has been profitable. Initially funded by Spruill and his partners, Global Data raised $3.5 million in July 2020 with investments from Refinitiv and Village Capital.

Last March, it was one of five businesses in Plaid’s first FinRise cohort, which was created to empower early-stage founders who are Black, indigenous or people of color. San Francisco-based Plaid, which has technology that connects consumer bank accounts to financial applications, was valued at $13 billion last year.

“We’ve got significant money in the bank and we continue to grow and invest, so we don’t need to raise capital,” says Spruill, a UNC Chapel Hill graduate who previously was chief operating officer of AddressDoctor, a Raleigh database management company.

While Global Data’s success has been notable, 2021 was Spruill’s worst year because of the unexpected deaths of his sister in July and his mother a few weeks later.

“Dealing with the loss of my family was challenging for me mentally, but it brought a new reality to me, and the great thing was that my team kept the business running and growing,” he says.