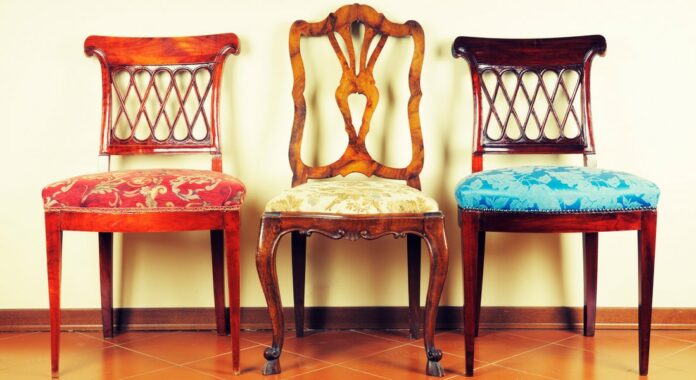 As the furniture industry’s best-known analyst for decades, Jerry Epperson, 70, has tracked the story of Thomasville, Broyhill and other famous North Carolina brands for decades. Many of those household names are back up for grabs after the bankruptcy reorganization filing of Heritage Home Group LLC, which was created out of a 2013 bankruptcy of Furniture Brands Inc.

Heritage’s main investor, New York-based private-equity group KPS Capital Partners, lacked the management skills required in the industry, Epperson says. Sales have declined significantly since 2013, when Furniture Brands reported revenue of $940 million, he adds. A company owned by the Shuford family of Hickory has offered $17.45 million for Heritage’s  luxury line, consisting of the Hickory Chair, Pearson, Maitland-Smith, and La Barge brands, according to court filings. Deals are also pending for the other brands.

We asked Epperson a few questions about the latest tumult.

Did you think KPS Capital had a chance to turn around the business?

Someone told me back then that the creditors committee in the Furniture Brands bankruptcy had convinced someone that they would work with KPS to turn it around. But KPS brought in no one who knew anything about the industry and they scared off a lot of people — after Furniture Brands had already scared a lot off. It’s a people business.

How do you look at this in historical terms?

I know the families that founded Henredon, Drexel, Lane and the others. I remember them when they were superior in what they did. Everyone else looked up and said, “I hope I can be a Maitland-Smith.” All of them made fine furniture; none of item made crap.

Do you think the Shufords’ RHF Investments can succeed with these brands?

I can’t tell you how much I admire the Shufords and their Century Furniture. A lot of people in the industry, including some competitors, will try to help these companies come back. The Shufords make beautiful high-end furniture, most of it is domestically produced, and they have access to Asian merchandise.

Are some rivals doing better than Heritage?

Bassett, Ashley, Century and others are doing well. They know how to source overseas and how to work with retailers. They do a very good job. Under KPS’ ownership, Heritage didn’t know the retailers or the right vendors. And a lot of the right people jumped ship.

The people I dealt with were CFOs, CEOs, board chairman. But the people who got burned were the poor folks running the machines and making product they could be proud of. They got abused, along with a lot of Furniture Brand shareholders who got taken down a road that didn’t exist.