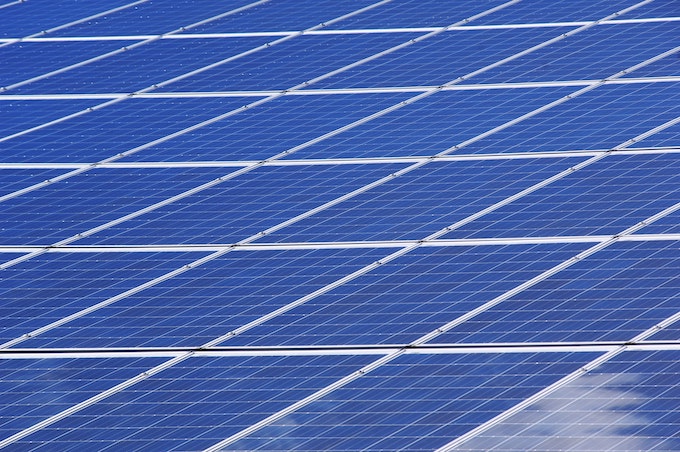 I went to an event about climate change in Raleigh last week, and the most interesting part involved a U.S. Army solar project on a lake in Scotland County.

There were a series of speeches at the gathering held by a national group called E2 for Environmental Entrepreneurs.

But Audrey Oxendine from Fort Bragg, who was on a panel, gave a low-key report about the solar array without flourishes or calls to action, not a speech. She had a lot of impact, I thought. My takeaway was that in the effort to move to renewable energy sources from fossil fuels, it is the Oxendines who do a lot of the work without much notice. While politicians are still arguing over whether global warming is real, or a big threat, or happening as fast as scientists say, folks like Oxendine are managing the transition for practical reasons and in some unusual places, like where the Army trains its most elite soldiers.

Oxendine, a 1994 engineering graduate of N.C. State University, is the chief of the Fayetteville installation’s energy and utilities branch. Fort Bragg is basically a military city where around 10% of the U.S. Army lives and trains. While the 82nd Airborne and Special Forces units are doing their jobs, Oxendine and others in the garrison are making sure the power stays on.

Fort Bragg uses a lot of power. It is Duke Energy’s largest customer in North Carolina, according to Oxendine. “Our electrical bill alone usually runs around $40 million a year, so we’re constantly looking to try to reduce that and to have renewable energy.” That’s the Army’s goal as well.

Earlier this year, Army Secretary Christine Wormuth set a goal of reducing the service’s greenhouse gas emissions by 50% from 2005 levels by 2030 and having a microgrid — a self-sufficient energy system — on every installation by 2035.

Oxendine was already headed in that direction at Bragg. Typical ground-mounted solar options are limited.  Fort Bragg and outlying facilities have a lot of land, 160,000 acres, but it is used for training — drop zones, ranges and the like. There’s also the red-cockaded woodpecker, an endangered species, so clearing forest land is difficult.

Several years ago, Oxendine heard about a floating solar array idea at an energy engineering conference in Charlotte. You could put a solar installation in a lake. That might check a lot of boxes, she realized.  The Department of Defense was moving towards renewables, and every installation knew that.  Also, solar could reduce the power bill. Perhaps most important, it would provide a more reliable power source for one of the Army’s most important training sites, Camp Mackall, where corners of Hoke, Moore, Richmond and Scotland counties converge.

Fort Bragg is the headquarters of the U.S. Army Special Operations Command. Camp Mackall is a subinstallation of Fort Bragg, about 35-40 miles to the southwest.  Mackall is a Special Forces training site and its runways are used by unmanned aerial vehicles. It was built during World War II to train units that would jump into Normandy, and had a population of 30,000 troops and support personnel throughout the war. (And a German POW camp).

Keeping power flowing to this crucial site has been a challenge. “Camp Mackall has one feeder coming through,” said Oxendine.  “It’s at the end of the line. And you can basically hit a light pole in Aberdeen and you might lose power at Camp Mackall.” The camp has generators but not for every facility. Training at the camp is tightly scheduled. A power outage of any significance disrupts that training, the process of developing new Green Berets.

Big Muddy Lake at the camp, a 60-acre body of water, was created during World War II by damming up a creek and creating a recreational and training facility. This would be a place that, 80 years later, could accommodate a two-acre 1.1 megawatt floating solar array. For context, Fort Bragg’s peak demand is about 132 megawatts.

A formal ribbon-cutting for the $36 million project is scheduled for this week. It’s the first floating solar array within the Department of Defense and the largest in the Southeast. (Greg Gebhardt, a Duke executive on the panel, recalled jumping from planes at the Luzon Drop Zone, “which is right there on Camp Mackall, quite a bit as a young paratrooper. If the C-130 pilots were off course, you could end up in Big Muddy Lake. So, heads up to the paratroopers who might be landing on solar panels.”)

How Fort Bragg was able to pay for this is a story in itself.  It was enabled by a partnership with a Massachusetts cleantech company, Ameresco, and Duke Energy, using what’s known as a performance contract.

A company such as Ameresco works with a customer — a military installation or school district — “to do some sort of energy upgrade when they may not have the funds sitting around to do so,” said Mark Fowler, a company executive.

“We’ll work with the customer to audit their facilities and identify some sort of efficiency gap or infrastructure gap that exists,” he said.  “Then we, as the private sector — by going to Duke or another utility — will go out and secure the financing for the project, and do the design work, and understand what it’s going to look like, implement the measures and typically operate and maintain the measures for the life of the contract.”

So the Army pays for it over time through savings on its utility bills. “We can go up to as long as a 25-year payback,” said Oxendine. A Florida company, D3Energy, did the installation.

Fort Bragg has a lot of surface parking areas, and another project will install solar canopies that can sit on the lots — without any power infrastructure — and charge vehicles overnight.

“They will fund the project.  They’ll fund the manufacture, and then we’ll test it for one to three years to see how it functions. If it’s something that’s good for the Army, we can transition out across, really, all of the military.”

E2 was founded 22 years ago in Silicon Valley to organize business leaders to lobby for climate policies to restrain global warming. With 11,000 members, its newest chapter is in the Southeast.

North Carolina has a growing cleantech sector, with nearly 100,000 workers employed by clean energy businesses on projects like solar, wind, and vehicles. That ranks 9th in the nation, according to an E2 report.

E2 believes that businesses are the key to transitioning to a clean-energy economy, in the U.S. and globally. Government policies fluctuate based on elections, but businesses are moving to clean energy because investors and customers demand it and also because the costs of solar and wind power and batteries have become more affordable and will continue to drop with scale.

Those are some of the themes that Bob Keefe, executive director of E2, hit in his new book, “Climatenomics.”  Keefe, a UNC Chapel Hill graduate and former journalist, was at the Raleigh event last week.

But another reason for reducing carbon emissions quickly is the threat that a warming planet poses to our economy and national security, Keefe says.

“The bottom line is climate change is killing our economy.  Last year, we had $150 billion damage from climate-related disasters — wildfires, droughts, damaged farms, hurricanes,” he said. “When I started writing this book a year ago, the West was on fire. The West is on fire again, New Mexico and Arizona.”

The military is on the front lines of climate change, said Keefe. “You only have to ask the Marines at Camp Lejeune about that and ask them what happened in 2018,” when Hurricane Florence inundated the state.

“That flooded about 70% of every housing unit at Camp Lejeune — 6,000-plus houses and 70% of them were flooded. It caused something like $4 billion worth of damage.”

Keefe’s book is worth buying, particularly for those determining an organization’s climate strategy. It is an overview of climate politics and the economic threats posed by global warming. The “Following the Money,” chapter deals with the investment opportunities, the possible Googles and Amazons and Microsofts in the cleantech space.

It is not a stretch that the biggest industry in America in the next 20 to 30 years may consist of companies working on the transition to a zero-emission energy economy, regardless of what happens in the next couple of election cycles.

There is momentum in the private sector, large investments in electric cars, solar and wind generation, battery technology, and energy efficiency.  We are going through a transformation one solar panel at a time. In the middle of the Fort Bragg solar array project is a cleantech company, Ameresco, that didn’t exist until 2000, that’s now worth $3 billion and has more than 1,200 employees. There are a lot of these companies out there now.