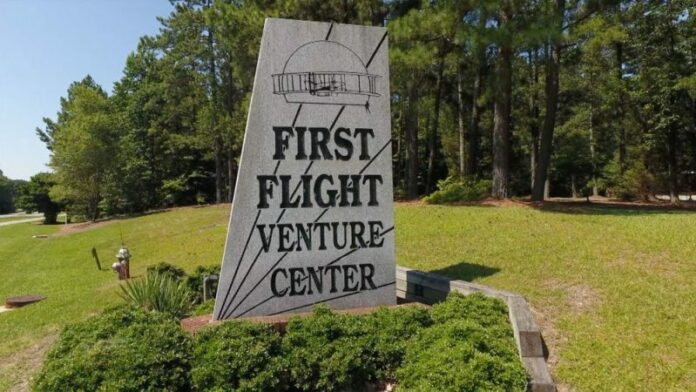 First Flight Venture Center, one of the nation’s oldest science and technology incubators, is turning 30 in a couple of weeks.  I learned this by accident.

Last month, I was at a meeting that was using the conference room at First Flight, which is located in Research Triangle Park. At the end of the meeting, Krista Covey, the president of First Flight, came in to talk to the group about what the center is doing, and she mentioned it was coming up on 30 years.

When I came to North Carolina in 1996, First Flight was five. I thought I would catch myself up, and so I met with Covey and program director Emil Runge last week.

Covey came to First Flight in May 2020 from a similar role in San Antonio. Before that, she ran economic development and a business incubator in a suburban county in the Tampa area. She is the first vice chair of inBIA, an international organization focused on advancing business incubation and entrepreneurship.

She’s planning a First Flight anniversary dinner in the fall, because, as Covey put it, “You don’t get a 30-year incubator celebration that often.”

It might be a challenge to winnow the guest list. More than 400 companies have gone through First Flight since ‘91.

“I’ve been here for a year,” says Covey, “but I’ve met so many entrepreneurs that have come back to First Flight and said, hey, I was here 12 years ago.  I was here 20 years ago.”

At any given time, there are 30 to 40 companies in the building.  Many alumni have graduated to become well-known companies, such as United Therapeutics, which now has more than 400 employees in RTP.  Biomason, which is reducing carbon emissions from cement production, had a couple of labs at First Flight after its launch in 2012. It now has more than 50,000 square feet in the park.  It just got a nice writeup in Forbes for its partnership with Swedish retailer H&M Group to develop low-carbon flooring for stores. 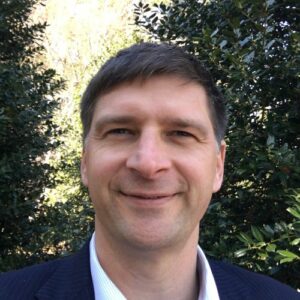 The current tenants of the center are a diverse mix of businesses, from life science to advanced manufacturing. Alievio is developing technology to help glaucoma patients.  NALA Systems is helping to reduce the cost of water purification and desalination. Trio Labs is working to enable the next generation of medical devices with precision metal parts.

What they get as tenants is an array of educational and other services that differentiate an incubator from, say, co-working space. Affordable rent may be the least of it. The goal is to graduate companies out as soon as they can afford to secure more space and hire more people. Sometimes that is six months, and sometimes that is a few years.

One crucial program, LiftOff, gets at one of the most important science-startup objectives – funding for R&D – such as from the federal SBIRs (Small Business Innovation Research) and STTR (Small Business Technology Transfer) programs.  Ph.D.’s are better at science than grant-writing. First Flight has enlisted Eva Garland Consulting to help with this.  (The goal early on is “non-dilutive funding,” possibly the most important phrase in entrepreneur world.  For example, a government grant, unlike venture capital, does not typically require entrepreneurs to fork over a share of the company for a couple hundred thousand dollars. Which is important, because at this stage, who can say how valuable a company will be.)

First Flight has taken its training around the state. Of the 91 North Carolina-based companies that won SBIR/STTR Phase 1 and 2 grants last year, nearly a quarter of them had attended a First Flight educational event. For example, First Flight is the North Carolina grant recipient for the U.S. Small Business Administration’s FAST program (Federal and State Technology Partnership), which seeks to boost SBIR/STTR grants won by women and minorities. Around 3 dozen companies attended a 2-day FAST boot camp last year. 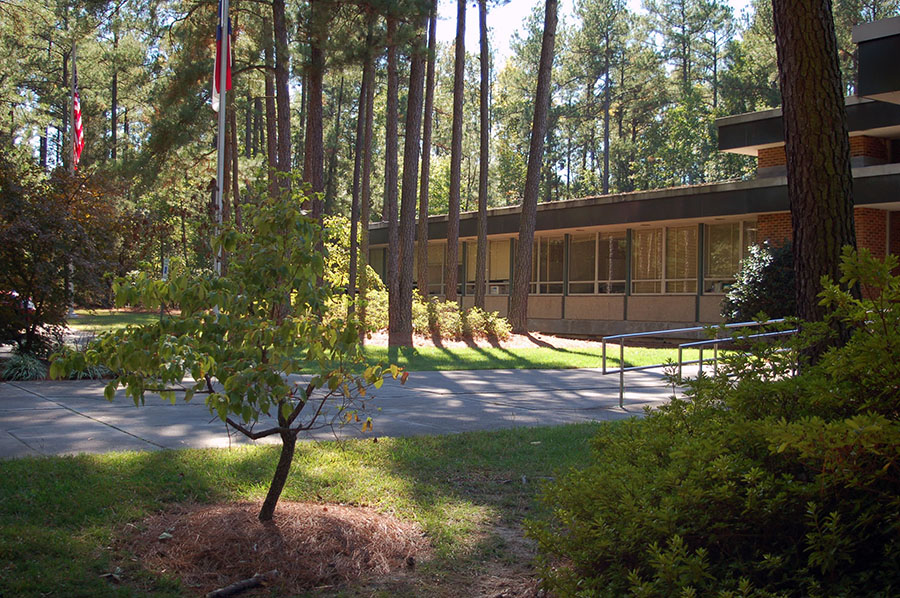 A big step forward for First Flight was a $2.6 million grant secured from the U.S. Economic Development Administration to expand its Hangar6 advanced prototyping facility. Hangar6 moved into new space next to First Flight last August. It has an astonishing collection of 3D printers and computerized machining equipment.

Plans for 2022 include “Wheels Up,”  a 12-week accelerator to get companies that are close to specific milestones to cross the finish line. Investors want to see a startup’s checklist, and how many boxes are checked. Ideas are important but so is execution. So, for example, has a life sciences company made contact with a clinical trials outfit yet? Does a company have a shot at a SBIR? Does it have something that resembles a leadership team? Is a prototype ready to show people with money?  “Years of knowledge put in a fire-hose format,” says Covey, “to get to the next level.”

A lot of history

But First Flight stands out.

“There’s not another organization like First Flight in North Carolina,” says John Hardin, executive director of the North Carolina Board of Science, Technology & Innovation. “There are incubators, but they’re not the same as First Flight. That high-science, high-impact focus is distinctive. And they have facilities and programs that no other incubator has.”

And there is a lot of history in the center’s building. It should have a plaque. The Davis Drive building is almost as old as RTP (1959) itself.

The building’s origins date back to the decision by Gov. Terry Sanford and the General Assembly to create the science and technology board in 1963 to promote scientific research in a state better known then for textiles, furniture and tobacco.  Part of the $2 million appropriated for the board was for a new RTP building, a research center, which opened in December 1965. The board shared it with the new Triangle Universities Computation Center, a federally funded IBM mainframe used by Duke, N.C. State and UNC.  (TUCC went out of business in 1990; everyone was buying PCs.)

In 1991, the board moved to new offices, and the N.C. Technological Development Authority moved in. The TDA had been created in 1983 by the state to boost high-tech startups, in part by investing in them and setting up incubators, the largest of which was First Flight.

It is remarkable that it not only survived, but has thrived. That took a lot of work by members of the center’s board, like Raleigh attorney Fred Hutchison  and current chair, Mary Musacchia, and presidents like John Draper, who passed away in 2010, and Covey’s predecessor, Andrew Schwab.

The center has a waiting list, and wet labs are in demand. In the 1990s, startups were riding the Internet wave, and the Triangle was a hub of network technology and telecom companies. Now the Triangle has become one of the leading life sciences regions in the country.

“The labs are what is needed. We need more labs, and I’m doing my darndest to convert as many offices into labs,” says Covey. Since she arrived, the center has gone from 21 to 26 wet labs, says Runge, who worked for IBM in the ‘90s and then spent nearly two decades in government and political consulting.

The center’s building sits on nine acres, so there’s room to grow. A big priority of her board is to expand its footprint. “We have 25,000 square feet of space. Within 10 years, I hope we double that,” says Covey.