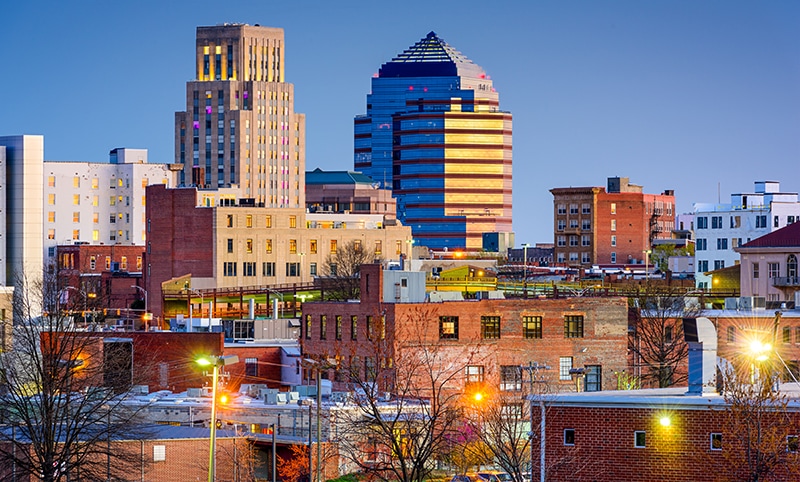 Fed’s inflation fight slogs on, with some positive signs

Last week, Tom Barkin, the president of the Richmond Federal Reserve Bank, spoke to a business group in Durham about inflation.  The occasion was the Economic Forecast Forum of the NC Chamber and the North Carolina Bankers Association.

As one of the Fed’s regional bank presidents, Barkin has served on the Federal Open Market Committee that sets interest rates.  The FOMC is made up of Fed governors and regional bank presidents. This year, he is an alternate. In 2024, he will be a voting member again. He has been in the monetary policy room since he became Richmond Fed president in 2018, after a career at McKinsey & Co. He spends a fair amount of time talking with business folks throughout the 5th Fed district, especially in North Carolina, which is the largest state by population and economic output. He talks to large crowds, like the hundreds of folks who filled the ballroom at the Sheraton Imperial Hotel, and in smaller rooms, like at the New Bern chamber in September.

Friday, he talked about what the Fed did last year about inflation.  It may seem like a long time ago, but in the winter of 2020–21, inflation was still around 2% or less, year over year, as measured by the consumer price index. And the Fed was keeping its key interest rate, the “Fed Funds” rate, around zero as a pandemic stimulus.

But in the Spring of ‘21, inflation began creeping up as the economy reopened, people started spending, but supply chains were disrupted and the labor force was tight. By December 2021, the CPI was rising 7%, year over year, on its way to 9.1% last June.

“It was time to prioritize containing inflation,” said Barkin.  “And that’s what we did last year.”  The Fed raised its target rate seven times since March, going from zero to a 4.25-4.50% range in nine months, including four consecutive hikes of 75 basis points each. “That’s the fastest tightening rate in 40 years.” The Fed also reduced its balance sheet by more than $400 billion, which drained some cash from the system.

The Fed has been moving aggressively on interest rates since March for “pretty straightforward reasons,” said Barkin. With inflation running well above the Fed’s 2% target and demand so strong, “it made no sense to keep stimulating the economy.” That would fuel inflationary expectations.  “So we removed the stimulus as fast as we thought we could.”

But he also said he could “make the case on a more emotional level.”

“I think last year reminded us of one thing, which is we hate inflation. Inflation creates uncertainty. As prices rise, it becomes unclear when to save, when to spend, where to invest. Inflation’s exhausting. It takes effort to shop around for better prices or to handle complaints from unhappy customers.

“And inflation feels unfair,” said Barkin. “You might like the fact that your boss gave you a wage increase, but then it gets arbitrarily taken away at the gas pump. So, we all hate inflation. At least speaking for myself, when I look in the mirror, I say, if the Fed’s not going to do something about inflation, then who will?”

It takes time to bring inflation down, because different parts of the economy are more interest-rate sensitive than other parts. Mortgage rates have doubled over the past year, which has slowed housing. A stronger dollar lowers import prices. Stocks have dropped, which impacts household wealth and demand.

But at the same time, business inventories declined because of supply chain problems and strong pandemic demand for goods; they have been built up significantly for the last 18 months, which has supported employment. And while there have been high-profile tech layoffs, many employers are reluctant to fire workers when it has been so hard to find them. So, the December unemployment rate released Friday was at 3.5%, a 50-year low, and the economy added 223,000 jobs. Which doesn’t feel yet like the recession everyone seems to be anticipating.

Barkin observed, “This has been the most predicted potential recession in economic history,” which got a small laugh, but then a much bigger one when he said: “I thought that would be a better line than it was.”

“Demand will weaken in time,” said Barkin. “Studies estimate that it takes on average about six to 12 months before these pullbacks quiet the rate of inflation.”

As measured by the CPI, inflation has been quieting a little, down to 7.1% in November. We will get a look at December’s number Thursday. The consensus is that it will come in at 6.6%. But the CPI is made up of eight major expense groups covering a couple of hundred goods and services that consumers buy.  A good overall inflation number can mask stubbornly high prices in certain sectors. It is likely that the FOMC will keep raising the Fed Funds rate to above 5%, and then camp out there a while. Its next meeting is the end of this month and expectations are for another quarter point then. But there are a lot of data points still to come over the next three weeks.

“The experience of the ‘70s shows that if you back off inflation too soon, it comes back stronger,” Barkin said.

I wanted to know more about how he studies inflation. After his speech, he said he combines looking at a lot of price data with talking regularly to business folks in the district.

“For example, I was talking to a fast-food provider, one of whose biggest products is chicken. And I said I’ve got someone on my board who tells me chicken prices have been plummeting. And they go, ‘Well, that’s right, but I bought my chickens six months ago before they plummeted. I’m still trying to pass through the chicken.’”

So, evaluating the permanence of price trends is a matter of trying to put anecdotes and data together.  “And, in fact,” added Barkin, “what you see is these guys are willing to take the volume hit because they feel they need the price to protect their margin.  And as long as that goes, we’re not done with inflation, is how I think about it.”

He has contacts in different segments of the apparel industry, and so when he sees prices going down, for example, he wants to know what’s happening.  And they might tell him, ‘Well, this is just dumping stuff because we had too much inventory from last time. Next year, we’re taking the price up.’ Or, ‘Wait a second, we’ve got a fundamental change in the thing.’ So that’s what I’m trying to test.

“I’ll believe that inflation is behind us when we have the combination of the numbers moving in the right direction, not just the average but the median, and the support from the people in the market confirming to me that the supernormal increase pattern is now in the rear-view mirror.  You hear that at some places. You’ll hear it in housing, right now.  But, like I said, in food we’re still in a supernormal increase pattern.”