Dr. Patrick Conway, who stepped down as Blue Cross Blue Shield’s CEO last night, posted a statement regarding his resignation on Twitter today. 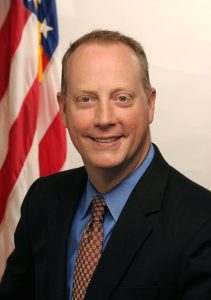 “Throughout my life, I have been dedicated to one thing: helping people live longer, happier and better lives through access to affordable healthcare,” he wrote. “Today, I am ashamed, embarrassed about my actions on June 22nd.”

“I am especially sorry for the pain I have caused my family, friends and colleagues. I have never had an incident like this before and it is not consistent with who I am as a father, husband and community member,” he continued.

Conway stated he immediately disclosed what happened to the Blue Cross board and stepped down from his duties to voluntarily complete 30 days of inpatient substance use treatment.

“However, I also understand that I must continue to work hard to earn back the trust I’ve lost based on my actions,” Conway wrote. “In time, I look forward to continuing my work ensuring everyone has access to high quality, affordable healthcare.”

“I am a person of deep honesty and integrity. Anyone who knows me has witnessed that over the course of my life and career,” he tweeted. “I hope that I and anyone could be judged on the totality of their character and thousands of great days instead of one horrible day.”

Conway criticized the media, contending that some reporting related to his arrest was inaccurate.

“Unfortunately, I have been ‘tried and convicted’ in the media. Including much information that I had never seen before Tuesday (2 days ago). Some true, some not true, and some misinformation. I was trying to follow the standard legal process related to the charges.”

He went on to discuss his mental health, substance use and sobriety following the June arrest.

“Most importantly, I acknowledged a disorder and serious problem with alcohol, voluntarily sought treatment, & have been sober for over 90 days & in the best mental health of my life,” Conway said. “Anyone seeking substance use treatment & recovery should be celebrated. Not judged and punished.”

“I have worked on mental and behavioral health issues for years as part of a better health system for all. I will continue my mission to change health care in America for the better. I have been honored to help millions of people over my career. Nothing can diminish that,” Conway concluded.

Conway was arrested in June after crashing into a tractor trailer and driving impaired. He was charged with a DWI and two misdemeanor charges of child abuse for having his two daughters, both minors, with him at the time.

After notifying the Blue Cross Blue Shield board, the company hired a public relations team to help handle the matter. Conway privately took temporary leave to attend 30 days of substance abuse treatment, and COO Gerald Petkau stepped up to head the company in his absence while BCBS was in the midst of a merger with Oregon’s Cambia Health Solutions. Blue Cross never notified the N.C. Department of Insurance or any of the companies involved in the merger. The consolidation with Cambia Health has been temporarily paused in the wake of the news.

In N.C. DOI Commissioner Mike Causey’s call for Conway’s resignation yesterday, he said, “I can deal with the criminal charges, as bad as they are. But I can’t accept the cover up, the misrepresentation of facts, the lack of respect for oversight and regulation of a company and lack of respect for law enforcement officers who are doing their duty. This is a very, very serious matter.”

Conway’s trial is scheduled for October 8 in the Randolph County Court House.