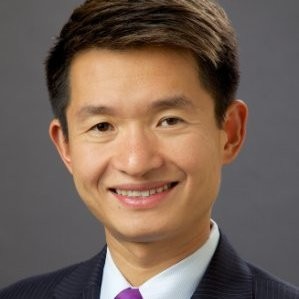 Recruiting industry to come to your state is highly competitive. Not just to land the high-profile Apple or Google projects, but to win the 100-job factories. North Carolina is trying to get a leg up with a $2.5 million digital marketing and public relations campaign. But there could be more money in the pipeline, much more than the state has spent promoting itself as a business location.

I was interested in what’s happening, so I talked last week with Chris Chung, CEO of the Economic Development Partnership of North Carolina, and EDPNC’s marketing and research VP, Denise Desatnick.

EDPNC is the state’s industry recruiter, funded by state and private sector contributions. It was created seven years ago to ramp up the state’s business recruiting, which had traditionally resided in the Department of Commerce, which had (and still has) a very wide range of responsibilities.

Where marketing is important is in letting site-selection decision-makers around the country know what North Carolina has to offer, and this is where EDPNC is trying to raise our profile. We have a good product. We came in second last month in CNBC’s Top States for Business. We were tied for first with Georgia in Site Selection magazine’s business climate survey. The hardcore experts like us a lot. We need to sell everyone else better.

The state has traditionally spent money to attract tourists, but not much in marketing to lure companies.

Our competitors have been spending more on business marketing, according to EDPNC research. Texas and Florida have each been spending $20 million annually. Georgia, $8-$12 million. Virginia and Tennessee, $8-$10 million apiece. Louisiana, $7-$8 million. We have been getting outspent by South Carolina ($5 million) and Alabama $5-$6 million), states that are half our population.

This is changing, starting a couple months ago with EDPNC’s primarily digital, $2.5 million national campaign that runs through December aimed at corporate CEOs and other top site selection decision-makers. It is titled “All In North Carolina,” and you can see some of the campaign videos here. (Actually, it would be worthwhile for North Carolinians to watch the life sciences video, the Lenovo video, the Red Hat video and the Honda Aircraft video. They are intended for C-suite viewers in places like Michigan and California, but watching them will make you feel good. We have a lot going on.)

The campaign didn’t come out of thin air. EDPNC did market research first.

“Our hunch was that we in North Carolina are grossly underrepresented, our share of voice relative to other states was very low,” says Desatnick, who came to EDPNC a year ago after more than three decades as an advertising and marketing executive.

“So we wanted to get a handle on exactly where we stood and what the existing perceptions were.”

Researchers talked to 150 decision-makers and influencers around the country – corporate executives and site selection consultants. They also interviewed 400 high-skill folks outside North Carolina to see how they viewed our state and what their ideal place to relocate would look like.

While North Carolina was getting high marks on dimensions such as transportation, infrastructure, geographic diversity, and being an innovative and forward-thinking place, it was perceived as falling short on several other dimensions.

“So that’s where we really needed to punch things up about a thriving economy, about the diverse economic environment, about a diverse and talented workforce,” says Desatnick, “and really make sure we’re driving all those messages home at the same time, reinforcing what they already think are positives about us.”

Here is my theory: It is possible that the story that has travelled around the country for years is about the decline in legacy industries – textiles, furniture and tobacco. It may be that news of our very strong biotech, high-tech and advanced manufacturing sectors hasn’t caught up. North Carolina’s economy has been transformed in the past 30 year – the reason our population has grown nearly 60% since 1990 – but if you don’t live here, you don’t see it. And if you live in New York, you may know nothing except reruns of the Andy Griffith Show, which, don’t get me wrong, was the best – don’t send pro-Mayberry hate emails – but doesn’t represent all we are in 2021. Some of what we are; not all.

The marketing campaign is heavily focused on digital channels such as LinkedIn and other paid social media, including Facebook, Instagram and Twitter, as well as digital banner ads, messages delivered on streaming services, podcasts and search marketing. (For example, if someone is Googling “relocation sites in the Southeast,” North Carolina is bidding on those terms to come up high in search results.) There’s some print, focused on very specific publications that CEOs and site selection consultants read.

The results are being monitored in real time. If a particular channel is getting really good results, money can be shifted to it.

The challenge in economic recruiting is that companies don’t typically announce that they are thinking about expanding or opening new factories or major new offices somewhere else. The Amazon HQ2 competition four years ago was an outlier. Usually, well after a site selection process has gotten going in earnest, a bunch of state economic development agencies like EDPNC find out all at the same time. It is much better to have CEOs and site selection consultants thinking about North Carolina much earlier, and a lot.

“I’d much rather that a company only pick up the phone and call North Carolina, rather than hire a consultant and put that out to a dozen states in the Southeast,” says Chung. “That’s part of what you try to accomplish with marketing efforts, but that can only be done through financial investments in those mechanisms. Otherwise, you’re relying on blind luck.”

North Carolina has been successful in landing some big economic development projects in recent years, such as Apple’s announcement earlier this year that it will bring 3,000 jobs to Research Triangle Park, and Centene’s 6,000-job announcement last year in Charlotte. This year has been a good one for projects. So far, the state has landed 40 expansions or new companies that have qualified for major incentives. The previous five years, the state averaged around 50 incentive-eligible projects annually, and there are still more than four months left in 2021.

While landing an Apple is very competitive, that company is only going to seriously look at a handful of sites where it can hire thousands of highly trained IT workers. Smaller projects can locate many more places, and they are particularly attractive because they can go in rural counties where good jobs are needed. More than half the incentive-eligible projects the state has landed this year have been in the Tier 1 and Tier 2 counties – rural places that aren’t in the Charlotte or Raleigh-Durham metropolitan areas.

And everyone is competing for these projects, which average around 125 jobs.

“There are probably something like 15,000 economic development groups in America,” says Andy Levine, chairman of Development Counsellors International. “And they’re chasing less than a thousand site location decisions of 100 jobs or more in any given year. It’s a buyer’s market, so it’s very competitive.”

The current EDPNC marketing effort – funded by some of North Carolina’s federal CARES Act money – could be followed by a much bigger one in 2022 and beyond, depending on ongoing state budget deliberations. “Ten million is what is in there from both chambers right now,” says Chung. “Each fiscal year for the next three. Again, not to be confused with the $12- or $13- [million] we spend on tourism marketing.”

That would be a big deal, putting North Carolina in the range of what the most competitive states are spending in the Southeast. In the current, trial-run blitz, folks at EDPNC are looking at all the page views, click-throughs, all the contacts, follow-ups and results. There’s a lot of data pouring in.

“Digital is the best way for us to track,” says Chung. “Of course, you could always say, ‘Why don’t you guys take out a one-pager in the Wall Street Journal, or a 60-second spot during the Super Bowl?’ Not to say, if we had the resources, those wouldn’t be great. But trackability is the key here.”

“But what we ultimately want is action, which is some company out there that’s just beginning that process of thinking, ‘OK, I’m not going to grow here in California anymore, or my next expansion won’t be here in New York. Where am I going to go?’ That’s the ideal audience.”