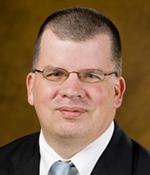 East Carolina University said Dan Gerlach, president of the Golden LEAF Foundation, will be its interim chancellor starting May 6, according to a UNC System press release.

Gerlach has led the Rocky Mount-based group since 2008. He is a former senior adviser in Gov. Mike Easley’s administration.

ECU Chancellor Cecil Staton announced his resignation in March, effective May 5. He had led the Greenville-based university since 2016.

Golden LEAF manages money received from a 1999 legal settlement with the big U.S. tobacco companies, which sought to avoid further litigation related to the health impact of cigarettes. The foundation has assets of about $1.1 billion and typically provides annual grants to N.C. municipalities, universities and other organizations totaling $50 million to $100 million.

Gerlach is serving on the transition committee assisting Bill Roper, the interim chancellor of the UNC System, according to the Golden LEAF website. As a chancellor of a UNC System campus, Gerlach will report to Roper.

Gerlach has a bachelor’s degree from Notre Dame University and a master’s degree in public administration from Syracuse University.