E-commerce has changed much about our economy. We see it mostly as consumers. But it has also had a big impact on two industries — warehousing and trucking.

Both sectors have grown rapidly for obvious reasons. Our orders are increasingly being trucked from manufacturers to large distribution centers and then to our homes.

This has created jobs, and that’s good. But they may go away. How fast they disappear depends on automation R&D happening right now. 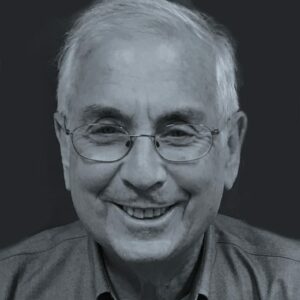 One researcher who has been studying the warehouse and trucking industries is economist Frank Levy. Levy is retired from the Massachusetts Institute of Technology and lives in Durham.

He is on the research advisory committee of MIT’s Task Force on the Work of the Future and is also a faculty affiliate at Duke University’s Fuqua School of Business. He co-authored a recent paper on warehouses, trucking and technology for the MIT initiative.

“If we think of logistics employment as a tug of war between job gains from e-commerce and job losses from automation, thus far job gains are winning decisively,” Levy and researcher Arshia Mehta wrote. “In eight to ten years, however, automation will likely be significantly stronger, both reducing the total number of jobs and shifting the mix of remaining jobs toward technicians, analysts, and other skilled occupations.”

We are not at fully automated warehouses or convoys of driverless tractor trailers on the interstates. But I wouldn’t be surprised to see both in the 2030s because of huge payoffs for companies that figure them out.

E-commerce is labor-intensive. Used to be, forklifts at warehouses slid pallets of the same product into trucks bound for stores. You went to the store, walked up and down aisles, and pulled items off the shelf.  We were all unpaid pickers in the old supply chain.

Now, you go online, an item is pulled off a shelf in a warehouse, boxed up, put on a truck with a bunch of different items, taken to another warehouse, sorted by zip code, put on a small delivery truck and driven to your home. That requires a lot of people, particularly if that order you just sent has to be delivered today.

In 2002, there were about 4,300 people in North Carolina working in warehouses and storage facilities, according to census data. By 2018, there were nearly 27,000.  Today, that figure is probably more than 30,000 with all the buildings Amazon has opened in the last couple of years, including the Garner fulfillment center.

Levy’s paper examined U.S. Bureau of Labor Statistics data, which showed growth from 438,000 warehouse workers nationally in 2000 to more than 1.1 million in 2019.  Productivity grew by about 20% from 2000 to 2014, as warehouses automated what they could. The major process they were automating was the flow of information — being able to quickly locate a specific needle in a million-square-foot haystack. But then productivity declined, according to the paper.

Think of how e-commerce has grown, even before the pandemic. All over America, the folks who ran fulfillment and distribution centers were seeing orders pour in and were being given less time to turn them around as everyone scrambled to keep up with Amazon. Warehouse hiring grew at more than 10% a year, the paper said.

Levy, when I talked to him last week, pointed to a couple of challenges facing the industry. One industry survey says that only 5% of warehouses are highly automated, and installing a lot of new technology in an existing warehouse is disruptive and expensive. Amazon has been building new warehouses all over the place, which, Levy says, is “a lot easier than retrofitting.”

Another barrier to full automation is what robotics folks call the “gripping problem.” My four-year-old grandson can pick a specific stuffed animal out of a basket of assorted stuffed animals. Training a robot to do this is hard. But a lot of smart people are working on this.

Not every company will be able to afford brand-new warehouses filled with robots, which likely means that larger, wealthier companies will be the first to fully automate. And that could lead to greater concentration in e-commerce, as smaller players struggle to keep up.

One Amazon executive in 2019 said that fully automated facilities were at least a decade away. But robots are already working alongside humans in its warehouses. At some point, automation will win the tug of war.  Unlike when textile and furniture plants shut down and jobs moved overseas, there probably won’t be sudden mass layoffs. But warehouses will start to slow their hiring and gradually have fewer and fewer workers.

There will also likely be a gradual transformation of trucking, another crucial part of the e-commerce supply chain. According to the census, North Carolina experienced about a 26% jump in the number of long-distance truck drivers from 2012 to 2018. One of the largest trucking companies in the nation, Old Dominion Freight Line, is based in Thomasville.

Levy suggests that what he calls “the killer app” in trucking, a driverless truck that can navigate interstate highways, is at least a decade away. But what may be easier is “automated platooning” that will have one truck with a driver and a second, driverless truck following closely, connected digitally.

“I think the platooning thing will happen well before fully autonomous,” he said.

But as increasingly smart trucks become a reality they will likely be bought by the largest for-hire trucking companies and by corporate fleets operated by companies such as UPS, Amazon and Walmart.  Right now, Levy pointed out in his paper, the long-distance trucking market is fragmented. That is true in North Carolina. More than three quarters of the state’s 1,710 general freight long-distance trucking firms have less than 10 employees, according to the census.

“Small trucking firms will be priced out of much of the long-distance interstate market,” the paper said.

An interesting, and graphical, look at the future of trucking can be found at driverlessreport.org, which illustrates a study by University of Pennsylvania sociologist Steve Viscelli, who was one of Levy’s sources for his paper. Viscelli, who trained as a big rig driver while researching a 2016 book, told me Monday that before full automation, what is likelier are “big ticket items” that will help trucks avoid collisions and stay in their lanes. If regulators let drivers operate a couple more hours because of safety features, that will have a significant productivity impact. “We already have some of those systems but really good systems are on the horizon.”

We are still in the early stages of e-commerce, even though it has been around for a while. The last couple of decades have been a scramble to build out the logistics and grab market share. Just hire as many people as you can to pick, pack and transport stuff as fast as possible.

Now we are entering a consolidation phase driven by technology. Last week, I talked about my conversation with N.C. State economist Michael Walden, who has written about the looming impact of technology on jobs.  And a couple weeks ago, I wrote about what Wake Tech is doing with its Eastern Wake 4.0 campus, which will train students to work on robots and drones, among other things. Amazon’s Career Choice program is designed to train its warehouse folks for careers that can’t be so easily displaced with a robot arm, and the company is partnering with Wake Tech in a new high-tech apprenticeship program.

As economic developers, particularly in rural areas, work to land big, new warehouses, many of the jobs they announce with fanfare may not exist for more than 15 years.  I think they know that, but if the paychecks last until 2035, that’s better than no jobs, may be the attitude.  Everyone is hoping these jobs last beyond that, but we know where the future is headed and should be ready.