Adam Klein is the director of strategy at Capitol Broadcasting Co., which owns and operates The American Underground startup hub.

The coronavirus pandemic has no doubt changed cities and workplaces, but — despite dire prognostications — it will not be their undoing. On the contrary, the pandemic may well reinforce the fundamental magnetism of certain kinds of metros and gathering places. This could well be true, too, of recent social justice protests sparked by the murder of George Floyd. 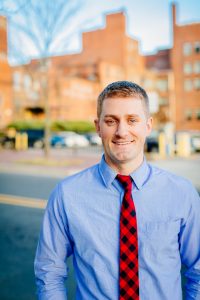 Success in our unfolding post-lockdown era will largely hinge on two ideas: balance and purpose. But first, let’s recap the theoretical doomsday equation. With Twitter, Facebook and others telling employees not to come back to work for the remainder of the year, some pundits speculate we’ll see a huge drop in commercial office use, with startup spaces like the one I’m with, Durham’s American Underground, going by the wayside. Not only that, we’ll see once-booming downtowns dry up as people steer clear of restaurants, bars, boutique stores and tightly packed apartments and condos.

While not quite the worst case scenario — that would be extinction — it’s still pretty bad. But this doesn’t take into account the full story of where we’ve been, where we were headed before the pandemic hit or the adjustments we’re already making.

The story begins in the late 20th century, when flight from downtowns declined and then reversed. Early successes such as Portland and Austin led to people and money flowing into the urban cores of cities across the country, including Charlotte, Durham and Raleigh. This shift was perhaps sparked by restlessness with the suburbs and accelerated by ambitious developers recognizing that downtowns already had the infrastructure to provide an amenity-rich alternative to the bland office park.

In addition, every metro in America had long desired a Silicon Valley-style entrepreneurial ecosystem and so — following the Great Recession and the ensuing wave of entrepreneurship — startup hubs took root in these revitalized downtowns. The American Underground, HQ Raleigh and Charlotte’s Packard Place arrived in the early 2010s.

A major piece of the downtown and startup hub value proposition has been the incalculable benefit of ‘creative collisions.’ If you’re an entrepreneur or other kind of creative person, not only do you welcome the possibility of literally bumping into potential partners and helpmates, you can’t afford not to make such connections.

And so things went … until the pandemic. Or so it seems. In reality, teleworking was a hot topic in the tech and startup worlds long before COVID-19 became a household term. These kinds of companies need talent — but not all talent needs to be leveraging ‘creative collisions.’ If a skilled engineer wants to work from home a good deal, why not? And so, savvy tech companies and startup hubs began focusing on hybrid workplaces; striking a balance between networking and camaraderie on the one hand (i.e. bustling offices) and flexibility and intense focus on the other (teleworking).

This meant that for many startups and tech companies, the much discussed pandemic ‘pivot’ to teleworking went — occasional Zoom glitches aside — fairly well. The turn was already in progress. But another very important reason for the pivot’s relative success is that it comes after years of coworkers and entrepreneurs banking social capital with their peers. It’s not especially difficult to reconnect with people you’ve gotten to know over time, whose work you’ve supported, or with whom you’ve done business.

Over the past few months, professionals have been making withdrawals of social capital created through in-person community over years. But in the mostly work-from-home world, how will teams and entrepreneurs make new deposits? My experience tells me that new layers of trust, new circles of like-minded contacts, new worlds of opportunity will continue to occur through a balanced mix of interactions that prominently includes people sharing space.

Ross Baird, the founder of investment firm Blueprint Local, has added nuance to this thought, suggesting that “places of purpose” will remain meccas. In this scenario, it’s not just returning to any office that will matter to cautious staff, but to workplaces where person-to-person interaction — through a facemask and at a safe distance — holds the promise of significant benefits. This favors startup hubs and other locations that have invested not just in shared offices but in building a robust sense of community involving learning and networking opportunities.

Finally, while downtowns are juggling many uncertainties, they will nonetheless not easily topple. This is not merely a positive way of saying downtowns are “too big to fail” a la the financial institutions of the Great Recession. Rather, as Brookings pointed out in May, “downtowns concentrate assets, giving locals and those living further away access to densities of jobs, shopping, restaurants, government services, entertainment venues, and more … So while diseases will come and go, we can always retrofit our cities to make us feel safe while still delivering the proximity we crave.”

Smaller metros such as Denver and Tucson as well as Durham and Raleigh are particularly well positioned not only to stay afloat but to bounce back fast, according to a recent report from Moody’s Analytics. Behemoths like New York City and greater San Francisco have long seen talent leave for less densely packed, more affordable “tech-driven” cities, and this trend might well pick up post-pandemic. In fact, Charlotte and the Triangle both popped up in The Wall Street Journal’s recent map of landing spots for people — often tech workers — leaving NYC and Atlanta. Again, ‘places of purpose’ are primed to catch the eye of highly sought after talent looking for fertile new pastures.

This notion also figures prominently when considering the Black Lives Matter protests. These have largely unfolded in downtowns. And while there is still much work to do on matters of social justice, there’s no doubt that downtowns have, as the epicenters of protest, demonstrated they are indeed ‘places of purpose.’ People interested in civic discourse and social change will continue to meet there as metropolitans determine what’s next in public policy.

The rise of entrepreneurial downtowns and their startup ecosystems was no quirk. And while the pandemic has been devastating in many ways, it is not all-powerful and not unconquerable. In Durham and elsewhere, we’re taking stock, making changes and moving forward with hope and purpose.