Tracy Doaks started her new job as CEO of MCNC in August, when most of her folks were working from home. That is not the ideal way to do it, but these are the times we live in. 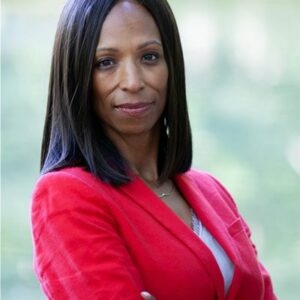 Doaks has spent her whole career in the relative anonymity of jobs making complex information technology work. She worked at the N.C. Department of Revenue, Blue Cross Blue Shield, Duke University Health System before gaining a top job running state government’s IT.  Think about where most institutions were with information technology 25 years ago and where they are today.  Doaks has been there for much of the digitalization of everything. All that stuff under the hood you don’t want to even think about, she has had her hands on.

This year, in the middle of COVID-19, she became, first, a member of Gov. Roy Cooper’s cabinet as secretary of the Department of Information Technology in March, and then, five months later, head of a key part of North Carolina’s broadband infrastructure.

She took over MCNC at a time when every customer became very aware of their broadband needs.  MCNC, a nonprofit set up by the General Assembly 40 years ago to drive technological economic development, operates 4,000 miles of fiber throughout North Carolina. Her network serves community colleges, UNC system campuses, private colleges, public K-12 schools, libraries, museums, state and local government, health care – its reach is remarkable.

When everyone went on Zoom and Teams and Blackboard, MCNC had to handle the higher load.

“We have been asked to upgrade bandwidth for some schools,” says Doaks.  “They need the increased bandwidth because of all the Zoom classes and things like that they just didn’t have before.”

A large chunk of her nearly 100 employees are taking care of a network that is more important than ever.  Around 10 are focused on cybersecurity, which has become a big deal. Hackers have discovered there is money to be made targeting vulnerable enterprises.

“We’ve seen ransomware attacks all the time now,” said Doaks. “Our bad actors are assuming that we’re asleep at the wheel.  And a lot of times, when they execute these ransomware attacks on really small school districts, they’re right.  They’ve found a weakness.”

Doaks grew up in the Shenandoah Valley community of Front Royal, Va., and was drawn here by a full academic scholarship to N.C. State. A self-described “geek, nerd and bookworm,” she graduated in 1990 with a bachelor’s degree in industrial engineering. She went to work as a programmer, an African American woman in a predominately white and male field.

Thirty years later, technology companies still have a diversity problem. Tech jobs are held mostly by white males. The challenge is obvious, more than fairness, although fairness is enough reason for concern. To maintain global leadership in tech innovation, women and people of color and other marginalized folks have to be included.  Countries that provide opportunity for all their talent will win; countries that don’t will lose.

It’s not a pipeline problem. Doaks says she sees more women graduating with STEM degrees, or science, technology, engineering and math.  “I just don’t understand why we’re not seeing more getting hired and moved up.”

“The cultures in some of the organizations need to support not just women but all people of color, the disabled, LGBTQ.  Are you recruiting for them? Are they part of your candidate pool?”

Diversity, particularly in hiring more women, drives increases in productivity and innovation, says Doaks.  “An organization that doesn’t see that as a business imperative and how it can bring value to the work that they do, then I think that’s going to be the struggle.”