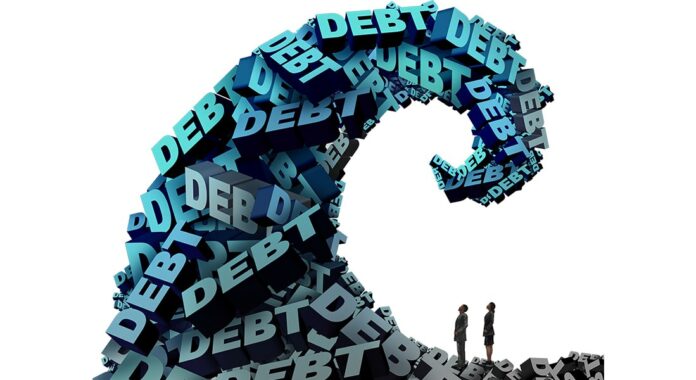 Between the time I write this and when you pick up our magazine, Congress will have progressed toward making the tax code simpler and devising ways to pay back our nation’s $20 trillion debt.

More likely, the bill that congressional leaders want to pass by New Year’s Eve will add $1.5 trillion or more to the debt over the next decade. That’s the estimate of independent experts, whose judgment draws much division.

One side says deficit forecasts are exaggerated because tax reform will spark faster growth that boosts collections and slows government spending. Others say congressional leaders want a larger deficit to speed inevitable cuts in health care spending. The government now spends $1 trillion a year for Medicare and Medicaid, versus $600 billion for defense and homeland security, says Mark McClellan, a Duke professor who once ran those federal entitlement programs.

Of course, trimming Grandma’s promised medical benefits will ignite a spectacular debate, as it should. But if the money is gone, and medical care isn’t free, choices are limited.

Obviously, a call for politicians to address entitlement spending is warranted. We wouldn’t be so selfish as to leave the problem for our children and grandchildren, right?

Of course we would. Such pleas have rarely moved the needle. In the 1980s and ’90s, former Charlotte Observer Publisher Rolfe Neill regularly penned brilliant Sunday editorials begging leaders to address mounting deficits. In 2010, a bipartisan commission led by Charlotte investment banker Erskine Bowles and former Wyoming Sen. Alan Simpson devised a plan to trim the federal debt over 30 years. It never made it to a vote in Congress.

The deficit soared under the Obama administration, which faced the deepest recession since the 1930s. Now, with world economies accelerating, deficit reform is less of a passion. At a recent appearance, federal budget director Mick Mulvaney emphasized that households with annual income of $45,000 a year could net $4,000 under the House tax reform plan. Who could oppose that? Mulvaney, a former U.S. congressman from a Charlotte suburb who is known as a deficit hawk, made scant reference to the $20 trillion debt.

Rather than sanctimonious ranting, I realized how my own life tracks the nation. About 15 years ago my church borrowed money to replace an aging building with a fancier one. Expected growth hasn’t materialized, so we’ve leaned on an endowment fund to stay solvent. Replenishing the fund remains a challenge.

Likewise, after profiting from selling houses in Greensboro and Raleigh, I borrowed more than anti-debt zealot Dave Ramsey would advise to buy a Charlotte pad, leaning on the mortgage interest deduction. Thanks to my employers, we’ve met the monthly nut, and the area’s prosperity has propelled the home’s value. But 15 years later, having tapped the home’s equity to help pay for tuition and other stuff, I still owe a chunk.

So my message to Trump, Mulvaney, House Speaker Paul Ryan and others: I feel your pain — and let’s let the kids deal with it.