Daedalus Yachts plans to build and sell 88-foot carbon-fiber catamarans for $12.5 million each 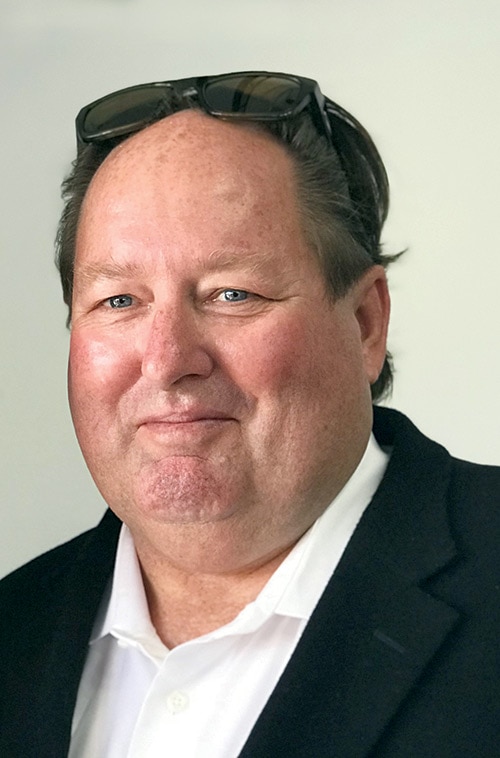 While eastern North Carolina has a storied heritage of boatbuilding, no one’s ever seen anything like the 88-foot carbon-fiber catamaran under construction outside of Edenton a mile from the Albemarle Sound. “It’s more like building an airplane than a boat,” says Michael Reardon, a co-founder of Daedalus Yachts, which plans to sell the crafts for about $12.5 million a pop.

To design and manage this project, Reardon and Daedalus have imported elite boatbuilding talent and struck a deal with College of The Albemarle’s Edenton-Chowan campus to train employees to work with advanced composite materials. The Daedalus D88 is intended to be one of the greenest and most technologically advanced boats afloat, capable of circling the globe without the use of fossil fuels at speeds of 1.4 to 1.7 times that of the “true” wind. It can be sailed with a minimum of two crewmen, leaving room for 10 passengers (or nine and a chef), and can be configured with three or four cabins.

Going green is important to Reardon and his co-founder and key financial backer, Stefan Muff, whose technology helps power Google’s ubiquitous mapping service. “In 35 years of building and sailing boats, I’ve seen the oceans get more and more polluted,” Reardon says. “Every year, it’s worse than the year before. As boat manufacturers, we have to ask ourselves what we can do to change this.”

Daedalus employs 26 people at a 40,000-square-foot leased facility next to Northeastern Regional Airport. The big-boat market it addresses is not high volume — just 220 units of 36 feet or more were built in the U.S. in 2017, and another 395 were imported, according to Bonnier Corp., which publishes an annual report on the sailing industry. Only a handful of those were more than 60 feet.

In the rarified market in which Daedalus operates, unit sales are declining, but the length of the boats has been increasing, Reardon says. “People are spending more,” he says, noting that for his customers a boat like the D88 might represent “0.0001 percent of their wealth.”

The first boat off the line will belong to co-founder Muff. “Stefan’s philosophy is to change the world,” Reardon says. He’s already done so through his pioneering work in georeferencing technology for internet and mobile services. Google Maps acquired Muff’s Switzerland-based company in 2006.

Muff, who lives in Lucerne, Switzerland, and runs a software company, will continue his mapping odyssey when he takes delivery of the first D88 sometime next year. His plan calls for circumnavigating the globe three times over the next five years with a team of researchers, creating new maps of the ocean floor.

Daedalus has additional contracts under discussion that would give it a two-year backlog. Pending final contracts, the company anticipates bringing on 80 more employees by year-end, including 15 to 20 in engineering and design. The D88’s motor trials will start in the next few months, followed by sailing trials in the spring.

The D88 is designed to be a big leap forward in green technology, generating electricity from multiple renewable sources. Solar? Sure, you’re in the middle of the ocean. Wind? Of course, it’s a sailboat. Regeneration? It works for Tesla, which derives energy from braking. Here, it’s a function of propellers and the forward motion of the boat.

But hydrogen is a bit of an outlier. “I first saw a hydrogen generator in 1991, and since then I’ve been trying to get the maritime industry to buy into it,” Reardon says. After all, he says, “You’re surrounded by water.”

When sailing, the D88 should produce about 30 kilowatts an hour per motor of regenerative power. At that rate, four to six hours a day should provide enough energy to be self-sufficient. Any excess is stored in the boat’s lithium batteries.

Of course, there are days when the winds aren’t favorable and the sun doesn’t always shine, even on a multimillion-dollar boat.

Though a first for a luxury sailboat, hydrogen generation has been used for decades on submarines. The basic technology is both available and relatively light. On the D88, solar will generate the electricity to separate the hydrogen using an electrochemical device called a proton exchange membrane electrolyzer. In this process, sea water is purified and split into its constituent parts: hydrogen and oxygen. The hydrogen is stored in one of 10 tanks specially designed for Daedalus. It’s converted back into electricity through a fuel-cell stack.

The hard part, Reardon says, was finding a safe way to store the hydrogen on board. No one in the world was building a tank that could be certified for marine use. The tanks must withstand a minimum of two hours of fire exposure at temperatures up to 380 degrees Fahrenheit. To achieve those tolerances, the tank liner has to be fabricated as a single piece, with no welds and no plastic, which would melt and allow gas to escape. And it must be light.

Reardon’s search for a supplier eventually brought him to Colorado-based Steelhead Composites, founded by Andrew Coors of the famous brewing family. Steelhead and Daedalus developed cylinders built around a seamless aluminum core wrapped with an epoxy-impregnated carbon-fiber composite. They provide little or no leakage, an important consideration given that the tanks are located in the boat’s hulls, five on each side.

Reardon has a history of bringing new technology to boating. Before starting Daedalus, the Australia native was chief boatbuilder at Wanchese-based Gunboat International, a pioneer in making fast, premium-priced catamarans. Started in 2002 by Peter Johnstone, Gunboat won kudos for many years, but a string of misfortunes led to a filing for bankruptcy protection in 2015. It was acquired a year later by France’s Grand Large Yachting.

Reardon then moved to Edenton to launch Daedalus, teaming with Muff, whom he’d met while at Gunboat. The current D88 will be his “596th hull” over 50 feet, he says.

While zero fossil fuels is probably the most ambitious technology being pursued by Daedalus, its automated sailing program is not far behind. These systems are expected to add as much as $2 million in value to the vessel. The goal is for the boat owner to be able to just push a button and return to the home port.

Last July, Daedalus diversified its product line with the acquisition of New Zealand-based Farrier Marine following the death of company founder Ian Farrier. The company builds a 22-foot folding trimaran, selling about 100 a year at prices ranging from $90,000 to $115,000, giving Daedalus a source of cash flow. For the moment, the boats are built in New Zealand, but Reardon plans to add new Farriers at 33 and 39 feet that will be built in Edenton.

“Catamarans are the fastest-growing part of the sailboat market, across all sizes,” says Sally Helme, group publisher at Bonnier. “They now account for about one in five of all sailboats sold globally — perhaps one in three in the 80-foot-plus category — and they’ve become a significant part of the charter market as well.”

Helme notes that while sales of the larger boats will always be limited, there is huge demand in the Farrier end of the market. “If Daedalus can get the right balance [in its product line], they should be in great shape,” she says.

Down on the factory floor, Muff’s D88 is being pieced together like a giant puzzle. Pre-impregnated carbon fiber is laid out in a jig in the oven, and the core foam is added. It’s then sandwiched by another layer of carbon fiber and cured in the oven for up to 24 hours at 200 degrees Fahrenheit. The result is a structure that’s both light and strong.

In renderings, the boat is strikingly sleek and elegant — and looks fast. It includes amenities like an underwater VIP room, offering a view to the ocean below.

In Greek mythology, Daedalus translates as “skillfully wrought,” reflecting the company’s commitment to craftsmanship. Daedalus is said to have invented various tools including the saw and the plumb line. Regarding the fate of his better-known son, Icarus, Reardon notes the warning from Daedalus was not just about flying too close to the sun. He warned him not to fly too low as well — the water and the waves would weigh on the wings and drag him down. It’s a lesson, Reardon says, about balancing ambition and hubris.

“Don’t be too overstated, and remain within your limits of technology and finance,” he says. With the D88, he hopes to chart that middle course.