After more than 40 years as a banker in South Carolina, David Morrow is paying more attention to North Carolina these days. He’s the second-highest paid executive of Charleston, S.C.-based Carolina Financial Corp., which bought Washington, N.C.-based First South Bancorp for $178 million in 2018 and is nearing completion of a $100 million purchase of Lincolnton-based Carolina Trust Corp. Both banks have mostly operated in smaller N.C. cities but are close to the Triangle and Charlotte markets, prompting expansion opportunities. Carolina Financial, which operates as CresCom Bank, opened its first Charlotte location in September in the SouthPark area. 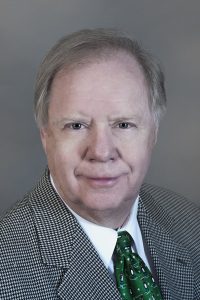 Morrow is a Spartanburg, S.C. native and Clemson University graduate. His previous employers include both NationsBank (which later became Bank of America) and First Union Corp. (a predecessor to today’s Wells Fargo.) He helped start Myrtle Beach, S.C.-based Crescent Bank by raising $6 million in 2000. It merged with Charleston’s Community First Bank in 2011 to create CresCom. The holding company, Carolina Financial, now has a market value of nearly $800 million. Morrow reports to Carolina Financial CEO Jerry Rexroad.

CresCom is the second-largest community banking company based in the Carolinas, behind Southern Pines-based First Bancorp. Crescom will have about $4.5 billion in assets pending completion of the Carolina Trust deal. (Banks with more than $10 billion in assets, such as Columbia, S.C.-based South State Bancorp, are considered regional operations.)

He discussed CresCom in an interview while visiting Charlotte last week.

Why is your profitability at the top range of your industry?

We’ve had good growth in our markets and we’re very cautious about the expense side of the ledger. Having a good net interest margin is critically important.

We work very hard on making acquisitions that make sense. We don’t acquire just to acquire. It has to be a good fit for us culturally

What has been your experience from the First South purchase? They were underperforming, right?

They had a hard time coming through the downturn just like us and a lot of others. But I think [former CEO] Bruce Elder did a very good job of stabilizing the bank. We’re not a turnaround bank. We haven’t tried to find a low-priced bank and think we are smart enough to turn it around. We like to buy banks that are in markets that have good opportunity and have a good culture and good team.

What is your impression of Carolina Trust?

I’ve been to all of their offices and I’ve told the people that we can go buy a building and open up a bank, but the reason we didn’t do that is because of the people inside the building today. We want people who have built relationships with customers.

Do community banks have a long-term future?

As a community bank, you touch people. Loans you can get on the internet aren’t touching anyone. We like to kick the tires and look borrowers in the eye and ask the right questions You want to know how a guy will react to all the things that happen: people die, get divorced, are undercapitalized. Those things happen and you need to know the people with whom you are working.

What has been your experience in eastern North Carolina so far?

Of course we’re mostly going to lend in Raleigh, Fayetteville, Greenville where there are significant business concentrations, while we have good markets on the deposit side in the smaller communities. We will take it for what it is. The bigger banks are increasingly exiting many of the smaller cities and towns, while the number of community banks in North and South Carolina has shrunk dramatically in the last 20 years. I don’t think that is going to reverse.

Do you have a target goal in terms of asset size?

We take opportunities as they come. We like mergers like Carolina Trust. If you can buy a bank with a half billion dollars in assets every year and have 8% to 10% growth, you will continue to grow. If you don’t, your earnings will flatten out, then investors will ask what’s going on with your stock.

We have the same services as the big banks now but we are going to have to stay up with the trends. It’s harder and harder to do that. That’s why SunTrust and BB&T said they are merging, to help keep up with the technology.