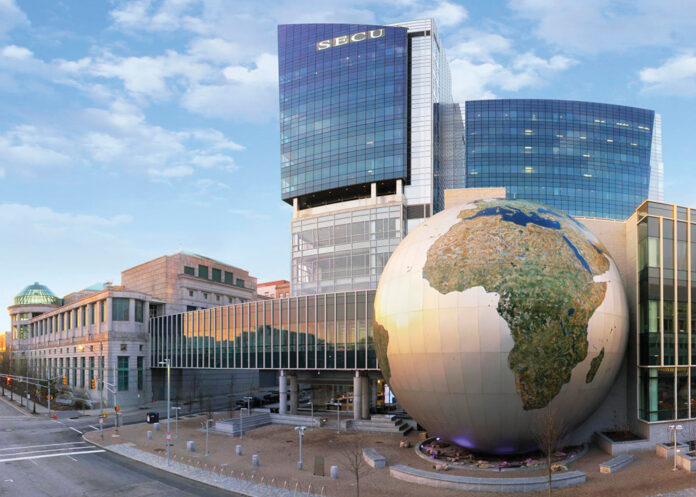 As COVID restrictions wane, business at North Carolina’s meeting and convention destinations is nearing, and in some cases surpassing, pre-pandemic levels, thanks to updates and additions.

Association executives, lobbyists and hospitality professionals mingled with lawmakers at the North Carolina Museum of Natural Sciences in Raleigh last June. Hosted by trade group Association Executives of North Carolina, the gathering was the first time that they were under the same roof since before COVID-19 arrived in early 2020.

Attendees saw the meeting as a sign that North Carolina’s meetings-and-conventions business is bouncing back from pandemic-induced restrictions that stalled business travel and closed venues. AENC Executive Director and CEO Rich Phaneuf is optimistic that the state’s hospitality industry is nearing pre-pandemic levels of business. “I wouldn’t say we are 100% back yet, but we are quickly moving in that direction,” he says. But it won’t be an entirely smooth path.

Hotels and convention centers continue to face challenges, especially when it comes to hiring staff and creating space for social distancing. But Phaneuf says they are adjusting. “Meeting planners and convention services teams are beginning to get a handle on how to manage conferences rather than focus on complying with state COVID protocols,” he says. “And at this moment, I don’t know of any associations that have made the decision not to meet in person going forward.”

Many convention and meeting space operators used the down time during the pandemic to renovate and expand their offerings. AENC, for example, recently held a convention at New Bern Riverfront Convention Center. It not only closed for a time because of the pandemic, but it had to undergo extensive repairs after a stormy 2018. “We did a great job putting our best foot forward after Hurricane Florence, then COVID hit,” says Melissa Riggle, executive director of Craven County Tourism Development Authority. “We had this beautiful building, but no one could come to see it.”

New Bern has been a popular destination during the pandemic. Its abundance of outdoor activities and fresh air offered people socially distant escapes. “We had a strong leisure business and were able to sustain ourselves at a time when people wanted to be in the rural and coastal communities, where they felt safe,” Riggle says.

Craven County has more than a dozen bed and breakfasts, hotels and motels. Many also offer meeting space. They, along with local businesses, governments and others partners, are working to bring that business back. “We realize we overlap and spill out into each other worlds and industries, and if one of us is having a challenge, eventually it will affect everybody,” Riggle says.“ So, we are all at the table collaborating to find creative and effective solutions.”

Despite travel restrictions and stay-at-home orders that shuttered restaurants and gathering places, North Carolina’s rich natural resources and its favorable climate helped travel and tourism stay strong through the height of COVID-19. Wit Tuttell, executive director of Visit North Carolina, the tourism promotion arm of Economic Development Partnership of North Carolina, says as pandemic protocols wane, conference-and-meeting space near leisure activities is rebounding strongest. He says about 6% of the state’s overnight visitors are conducting business travel, which includes conventions, meetings and sales calls, and about 40% of them are adding leisure time to their trips. “It’s not a large percentage, but it’s an important percentage,” he says.

Tuttell points to two Piedmont cities as examples of destinations that are experiencing a post-pandemic surge because their hospitality partners added leisure experiences to their meetings-and-conventions business. In Charlotte, the rebound began when NASCAR Hall of Fame re-opened about six months after the pandemic shutdown began. “When we started re-opening, business came back in segments, starting with the leisure sector, which came back strong,” says Tom Murray, CEO of the Charlotte Regional Visitors Authority. “We believe we really turned the corner last April,” he says. “For our current fiscal year, which started in July, we predict we will be at an all-time record for revenue across the history of our organization.”

Out of the 20 highest hotel-occupancy days in Mecklenburg County history, Murray says 18 occurred over the last 12 months. That news bodes well for filling the Charlotte Convention Center, where a recent $126.9 million expansion added about 50,000 square feet of meeting room and prefunction space.

Schroeder’s challenge is to fill the space. “Last summer, after working our way through the gradual lifting of mass-gathering limitations, we were able to get the convention business back up and running,” he says. And business remains strong, despite lingering problems such as labor shortages, staggering inflation and high gas prices. “We’ll monitor things, but overall, we’re optimistic about 2023,” he says. “We have groups under contract that are experiencing an increase in participation and adding room nights.”

Phaneuf believes the hospitality industry’s resilience and commitment to innovation has played a large role in its rebound. And that will go a long way toward preparing it for the next yet to be seen emergency. “As a state that has endured a tremendous amount of pain, we’re emerging stronger than we were before because we have stuck together,” he says. “I think our future is bright.” ■