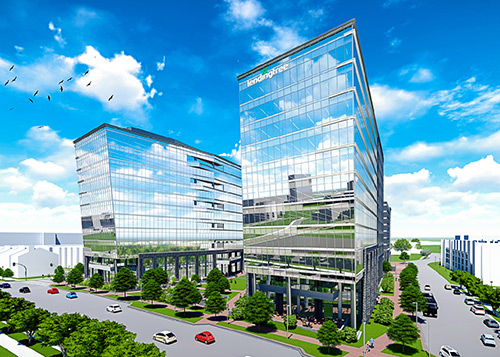 Charlotte’s Spectrum Companies started construction on a 5-acre mixed-used development near downtown Charlotte that will include two 11-story buildings, an urban park, restaurants and a 200-room hotel. LendingTree will anchor the development with plans to move its headquarters into 175,000 square feet in the first building, which is slated to open in January 2021.

No tenants have been announced for the second building.

Spectrum is partnering with Atlanta-based Invesco Real Estate on the project. The buildings are expected to total 577,000 square feet and include  conference and fitness centers and private terraces overlooking a park.

The development is within a mile-and-a-half of about 4 million square feet of new office space opened or under construction in downtown Charlotte since 2017. That include Spectrum’s 300 South Tryon building.