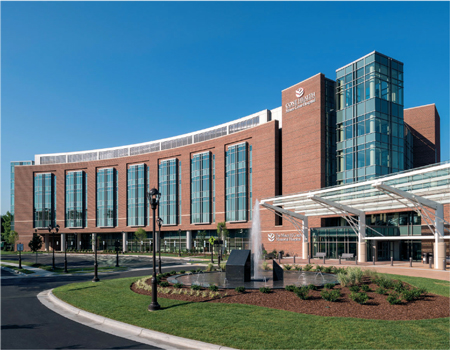 Greensboro-based Cone Health was recognized as one of the nation’s 15 top-performing health care systems by Merative, an Ann Arbor, Mich.-based company that was formerly called IBM Watson Health.

It’s the only North Carolina system on the list, which evaluated 349 systems and 3,206 hospitals and was published by Fortune magazine. It’s among the industry’s most highly reputed rankings, reflecting performance benchmarks for clinical outcomes, operating efficiency and patient experience.

The honor shows “that you can find some of the best health care in America at Cone Health,” Dr. Marlon Priest, the system’s chief clinical officer, said in a release.

Cone ranks sixth-largest among the state’s major health systems. It reported net income of $178 million and revenue of $2.5 billion in the fiscal year ended Sept. 30, 2021. The system has five hospitals and more than 13,000 employees with operations mainly in Alamance, Forsyth, Guilford, Randolph and Rockingham counties.

The rankings was split between large, medium and small hospital systems. Cone ranked fifth in the medium category, which was led by Edward-Elmhurst Health of Naperville, Illinois. The Mayo Clinic in Rochester, Minnesota was first in the large hospital group, while Medford, Oregon-based Asante was tops in the small systems category.

Merative is a data, analytics and technology company that specializes in health care.