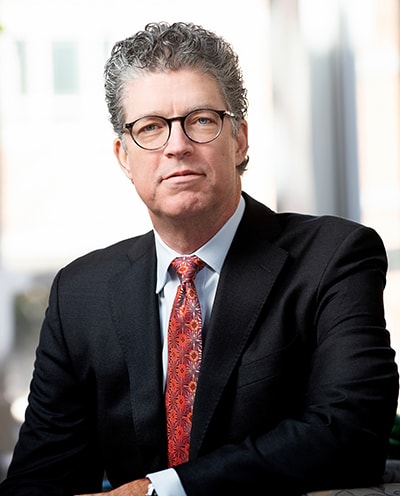 Cone Health CEO Terry Akin is incensed that North Carolina hasn’t moved quickly enough to prepare for an influx of people suffering from the COVID-19 virus into the state’s hospitals. State officials reported 29 hospitalizations as of midday Wednesday, while the state has several thousand acute-care beds. That is no excuse for not imposing much stricter rules blocking public activity, he said in an interview. Akin joined the Greensboro-based health system as chief operating officer in 2009, became president in 2012 and CEO in 2014.

His criticism of the NC Chamber’s response prompted a statement from the business group that is included at the bottom of this interview.

Why are you being so outspoken on this issue?

We have got to give deference to experts. Experts right now are infectious disease physicians, epidemiologists and people who study pandemics for a living. When they share with us scientific -based information that demonstrates that within a matter of weeks our health systems could be overloaded by as much as 5 or 10 times or more, that is unmanageable.

Many businesspeople are equally wary of the coronavirus, but they prefer a measured response given negative economic impact stemming from the response to this problem. What is your message to them?

I am a former chair of the Greensboro Chamber of Commerce. I care deeply about our economy. But if we don’t make a decision to heed advice to move to a shelter-in-place strategy, we are responding to something other than science. If we overwhelm the system and put our citizens at risk to the degree that the data suggests, we will be in a much more dire economic situation than if we issue stay at home orders and endure for a time.

I heard that the NC Chamber issued a statement discouraging a shelter-in-place action. They said it needed to be a last resort. My understanding is they consulted with no one in health care industry and the scientific community.

I’d call that patently irresponsible and destructive. They are placing our citizens and caregivers and hospitals and health systems at grave risk. I’m not going to stand by for that.

North Carolina is not experiencing a grave situation like New York City at this point. Do you think that is likely to happen?

I hope we don’t follow the track of Italy. If you go to the Covidactnow.org website, let the graphs sink in. They speak for themselves. That is information from the experts. It is as if some in the business community don’t realize that if you need brain surgery, you consult with neurosurgeons. You don’t consult with each other around the coffee pot.

That information is as credible as it gets. This is no time for science amateur hour.

Has your business suffered with fewer elective surgeries?

I run one of the largest businesses in our region. We are as concerned about the economic impact as anybody. I feel for the burden and hardship of the business community, particularly smaller businesses. and on smaller biz; but I’m looking at the bigger picture and the longer term harm we do to our economy if we don’t rely on the advice of the epidemiologists. I’d much rather be accused or overreacting than underreacting.

I’ve been working very hard here with the elected officials in the Triad. I was disappointed that the governor didn’t move the state in that direction. I’ve been urging him for days now. Otter health system CEOs have been urging, urging the governor and our local municipalities to move in this direction.

Cone has not experienced an influx of COVID-19 hospitalizations, right?

A lot of people are preparing for a hurricane that has been forecast offshore, and it’s just a few days away. We’ve committed their lives to take care of people and we need to protect them by not overwhelming them. We have limitations on protective equipment supplies and we have limitations on tests. We’ve got to stem the flow of sickness into our hospitals. First because it’s the right thing to do, and second not to overwhelm the hospitals.

I’m not gonna stand by while we ignore science. I don’t think we are going to avoid the hurricane but we can evacuate the coast and minimize the damage. It’s not like we can say, `Let’s wait for the wind and tide to rise and hit the shore.’ At that point, it’s too late.

Kate Payne, vice president of communications at the NC Chamber, issued this response to Akin’s criticism of the business group’s action.

The chief priority focus is the health, safety and economic well-being of our citizens. [CEO Gary Salamido] is a member of Governor Cooper’s Novel Coronavirus Task Force and has enjoyed dialogue on this issue with a number of health care professionals, as well as members across the state representing nearly every industry. We have been communicating with members dating back to February, asking them what we can do to help them. The feedback has been consistently asking for a thoughtful, measured approach.

The NC Chamber believes that we, as a state, are better prepared for this than many, that our state’s government and private-sector leadership are doing a tremendous job under incredibly challenging circumstances, and that any statewide shelter-in-place order should be a last resort. Our position is to simply make it clear that shelter in place should be a data-driven decision with the guidelines for resolution understood at the outset. We ultimately will honor and respect whatever decision our elected officials feel compelled to make.

To reiterate, we are not opposed. What we would like is guidance on how long it would last and what criteria we should watch to indicate what is happening with the virus. This kind of information would help employers plan so they can protect and retain their employees.