Two other companies — Bojangles’ Inc. and Triangle Capital Corp. — are no longer on the list after they were sold to private companies. Red Hat Inc. will not be listed in future rankings since its $34 billion sale to IBM was completed in July.

BB&T’ Corp.’s merger of equals with SunTrust Banks Inc., which created Truist, was given the green light by shareholders and is expected to be approved by regulators. The combined companies are likely to have a market value exceeding that of Duke Energy Corp., which ranked fourth on this year’s list.

Data for the charts was provided by Capital Investment Cos. of Raleigh. 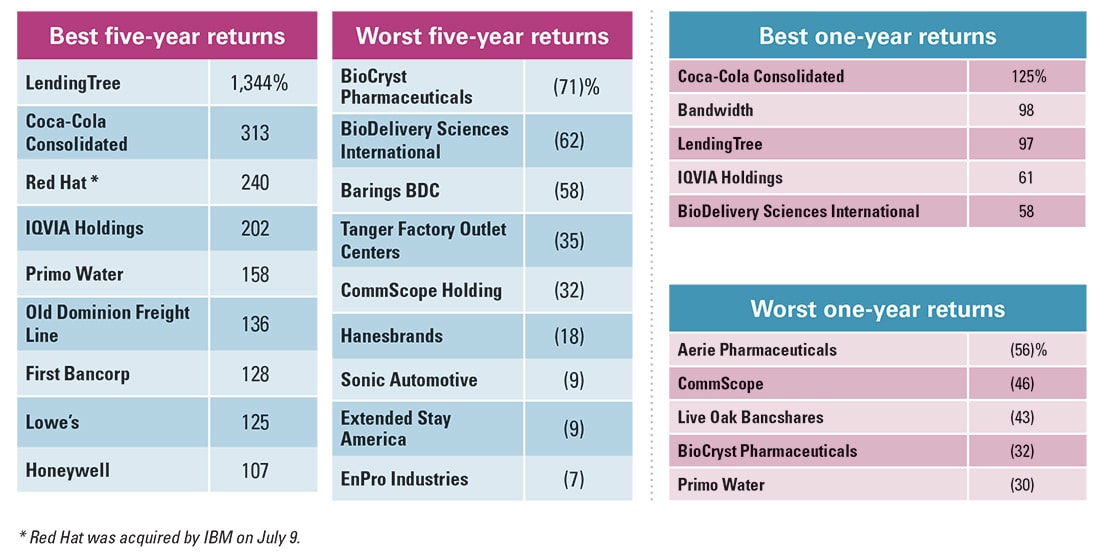 Nash UNC Health Care is on the mend