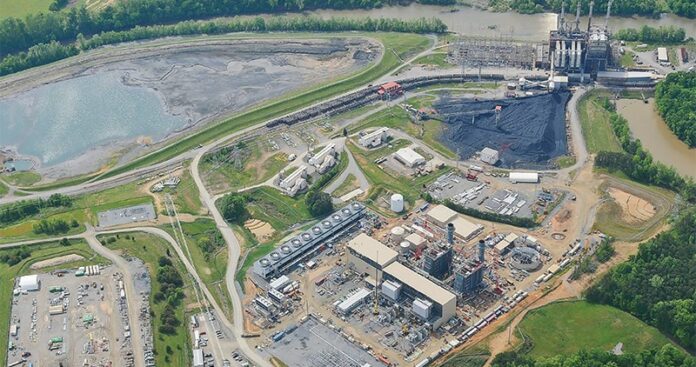 It’s been seven years since a pipe burst at a coal ash-containment pond at the Duke Energy plant near Eden, allowing 39,000 tons of coal ash to flow into the Dan River. Many had known that coal ash, a byproduct of burning coal, could become a problem, yet it took a crisis to spur action. “Because of the Dan River spill, Duke was forced to make changes on how they deal with coal ash,” says Dave Rogers, a Durham-based Sierra Club official.

Related to the spill, Duke pleaded guilty to nine violations of the Clean Water Act, paid a $68 million criminal fine, and spent $34 million on environmental and conservation projects to benefit rivers and wetlands in North Carolina and Virginia. It also estimated a $8.5 billion tab for cleaning up and closing coal ash basins at its existing and retired coal plants, about half involving N.C. operations.

Who should pay that bill has been a source of much dispute. The matter was largely settled earlier this year in a deal involving Duke, N.C. Attorney General Josh Stein, the N.C. Public Staff and the Sierra Club. Stein and others presented the agreement as a victory for N.C. consumers, who will be expected to pay about $3 billion toward the state’s $4 billion tab. The N.C. Utilities Commission must ratify the settlement.

The Sierra Club, Stein and others had initially argued Duke stockholders should pay for the cleanup. They argued the problem wasn’t the ratepayers’ fault. Duke contended that the remediation is a legitimate cost of doing business.

The Utilities Commission and the N.C. Supreme Court made clear that saddling Duke with the whole bill “wasn’t a realistic option,” Rogers says. “Neither came close to reaching that solution.”
The Sierra Club expected the commission would force Duke to pay from zero to half of the cleanup tab, “so a settlement in which they will pay 25% seems like a fair deal,” he says. The Public Staff, which is charged with representing the public interest in rate cases, had pushed for a 50-50 split.

Saddling Duke with a $4 billion expense would have been a hefty blow as the giant utility shifts from relying heavily on coal and natural gas as fuel sources to alternative energies. The $1.1 billion settlement prompted S&P Global Ratings to cut Duke’s credit rating by one notch.

Duke raised cash in late January by selling a nearly 20% stake in its Indiana subsidiary to a Singapore sovereign wealth fund for $2 billion. The move helped offset the coal-ash settlement and a $1.6 billion write-off tied to last year’s cancellation of the Atlantic Coast Pipeline, which was intended to move natural gas from Pennsylvania to the Southeast.

Looking ahead, Duke says it will spend $59 billion on capital projects over the next five years, mainly to improve its distribution and transmission networks in six states. Florida regulators are mulling a plan to let Duke implement rate increases over several years to pay for modernizing its electric grid and recover costs from closing coal plants and starting clean energy initiatives.

The utility seeks a similar multiyear approach in North Carolina, though lawmakers rejected the effort in 2019 after criticism from several business and consumer groups.

Environmental groups want Duke to more quickly close its coal plants and spend more on wind, solar and other alternatives. The widespread power outages in Texas in mid-February underscore the importance of a reliable energy grid, however. “For the Sierra Club, our goal isn’t to weaken Duke or other monopoly utilities,” Rogers says. “Our goal is to help them transition to a cleaner future as soon as they can.” ■