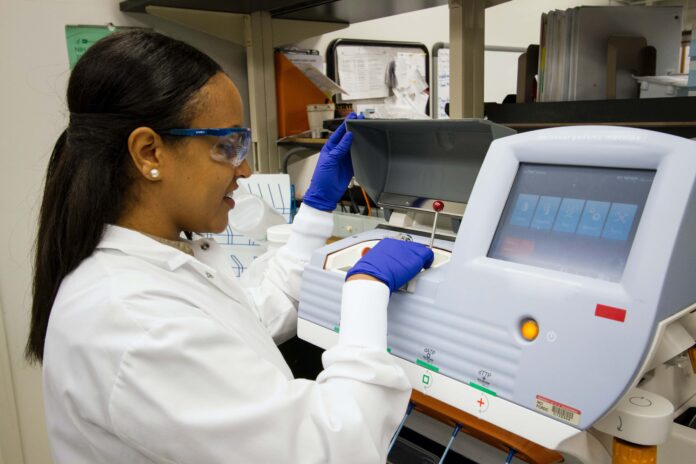 Gloria Goodwin lives in Jacksonville, N.C., and is a member of the Old North State Medical Foundation, one of the oldest medical societies for African American physicians.

The data is in and it tells a story of black Americans getting sick and dying from the coronavirus at an alarmingly higher rate than their white counterparts. For those of us who provide medical care to the black community every day, this reality comes as no surprise. Many of us have been acutely aware for some time that diseases of many kinds take a harsher-than-average toll on African Americans. The problem is complex, but there are some obvious ways we can begin to solve it. 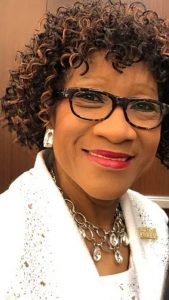 For some of us, this issue is personal.  My late husband, Dr. William P. Goodwin, saw the effects of these inequities firsthand in his medical practice.  My own advocacy work as the past president of the Auxiliary to the National Medical Association enabled me to focus on this socioeconomic gap in care and outcomes.  Then, I became a cancer patient myself — first, in 1980, when a malignant lump in my breast was removed and then again in 2013 when a second cancer diagnosis led to dozens of chemotherapy and radiation treatments and eventually a surgical mastectomy.

As difficult as my own journey has been, others have not been as fortunate. The racial disparity in cancer treatment – seen in factors such as preventative behavior, knowledge of early warning signs, and access to effective screenings – can be seen in the numbers.  According to the American Cancer Society, black men have a 19% higher mortality rate than whites for all cancers nationwide.  For black women, the death rate is 13% higher.  In North Carolina, this problem is more profound because we’re above the national average in cancer mortality.  More than 20,000 people in our state are going to die of cancer this year alone and African Americans will make up a disproportionate number.

In cancer testing today, the status quo isn’t working.  Right now, only four types of cancer – breast, cervical, colorectal, and high-risk lung cancer – have recommended screening tests.  Those cancers account for just a little more than one of every five cancer-related deaths in this country. Most cancers don’t have recommended screenings and, thus, tend to go undetected until they have reached late stages when successful treatment is unlikely.  And, yes, African Americans have a disproportionate share of late-stage, undetected cancers.

Cancer is an ongoing health crisis that cannot be allowed to continue, especially when we’re on the cusp of having the tools to do something about it.  Our understanding of the human genome and our ability to harness artificial intelligence are combining in ways we haven’t seen before and might just be key to addressing entrenched health disparities. Healthcare companies and cancer researchers across the country are using these new technologies to identify many different cancers in earlier stages with a single blood draw.  This is a potential game-changer, particularly for those communities who are most impacted by late-stage undetected cancers. This simple blood test could be administered in just a couple of minutes. If we can detect more cancers earlier, mortality rates will decline.

This technology could stand in for traditional screening when that’s not possible due to public health threats, like the coronavirus pandemic, and expand early detection of cancers without screenings.

North Carolinians can even take some hometown pride in this exciting medical advancement. In June of this year, a company called Grail, a leader in developing this cancer screening technology, announced that it will build a new laboratory in the Research Triangle and bring nearly 400 jobs to the area. This state-of-the-art facility is part of a $100 million-dollar investment to make North Carolina one of the leading innovators in the life sciences and medical fields. I believe these new technologies have the future to reshape the way we do medicine and I’m proud to be an ally and 2nd time cancer survivor who champions this kind of innovation. Right in our backyard, no less.

Now is the time to take advantage of society’s willingness and creativity to address our nation’s fundamental inequalities.  COVID-19 is placing a spotlight on the disparities that exist in both healthcare and health outcomes, but they have been there for generations.  The solutions to prevent avoidable deaths from cancer are also within reach as long as we embrace innovation.  Let’s hope it doesn’t take more years and more sickness and tragedy to seize them.