Charlotte’s Central Piedmont Community College opened its largest building to date Tuesday, a $113 million center that will include a 3-story library, student center and theater.

The 183,000-square-foot Parr Center is funded by a 2013 bond issue that approved $210 million for projects across Charlotte and Mecklenburg County. The county separately added $70 million in related funding. The school enrolls about 42,000 students annually, ranking second among two-year campuses behind Wake Tech. 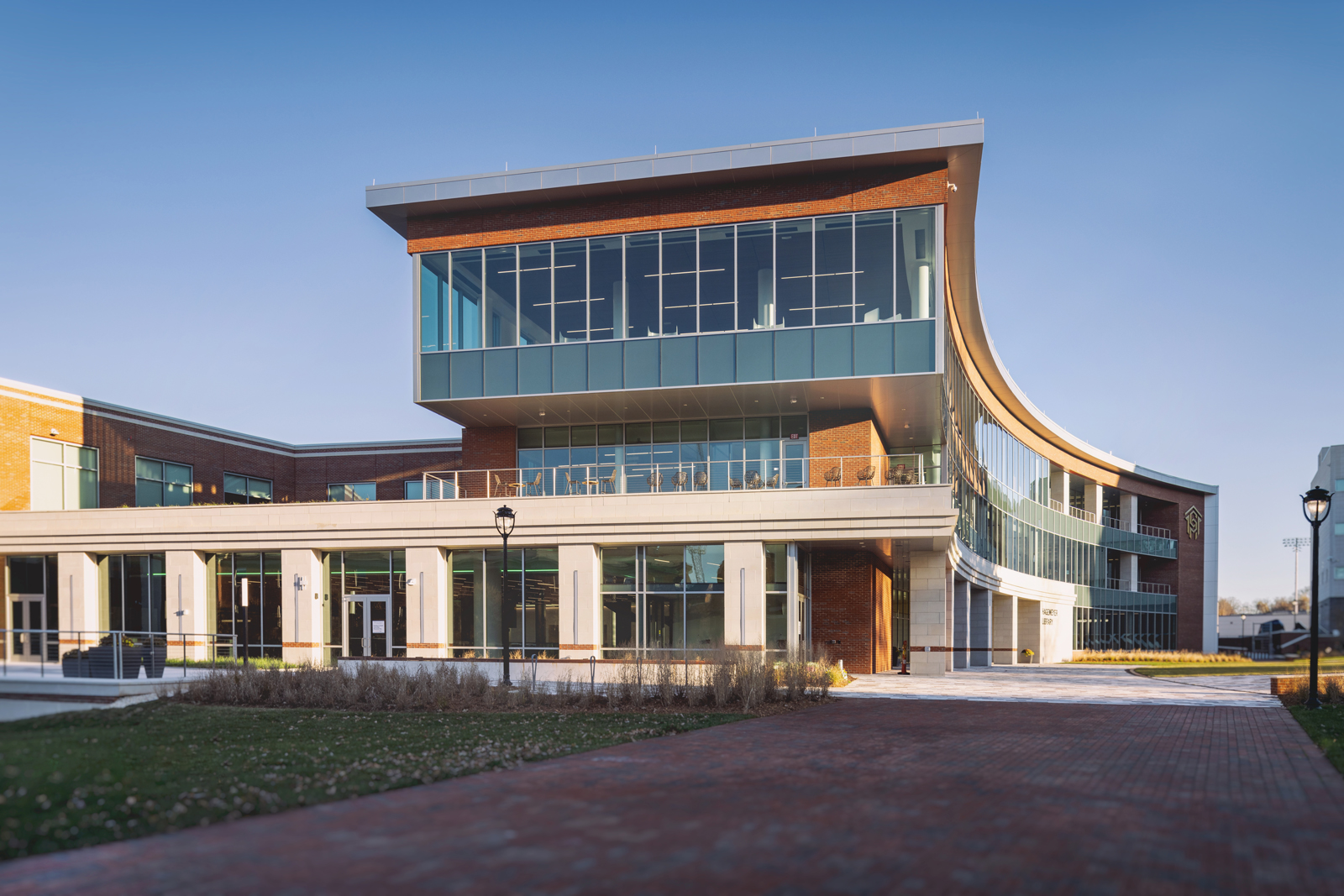 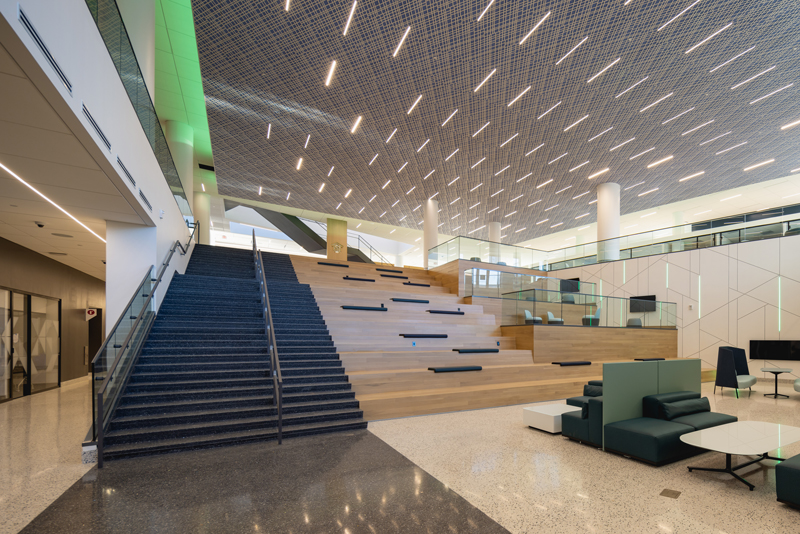 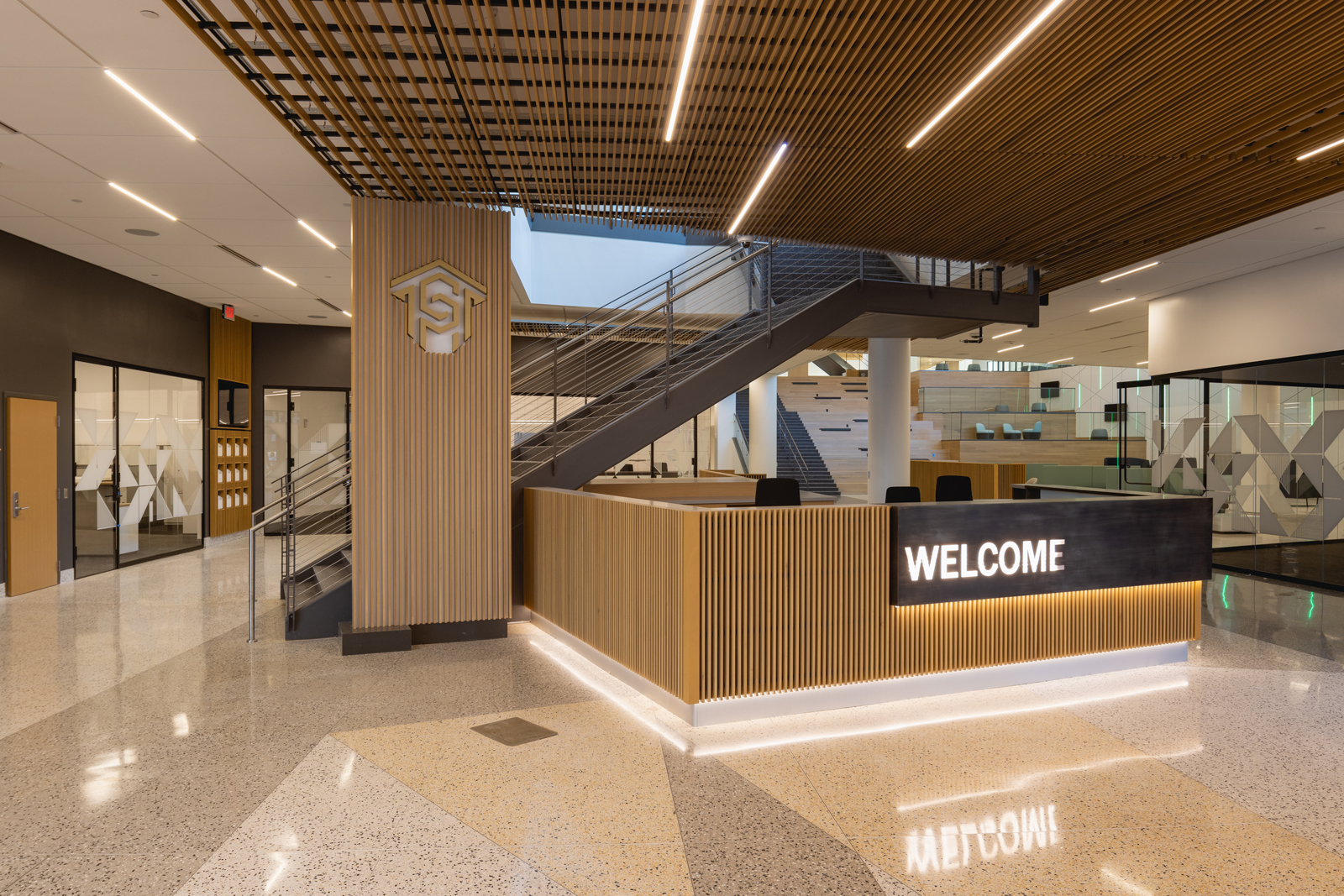 The new structure in downtown Charlotte reflects CPCC’s increased focus on younger students. About a third of CPCC’s students are under 21 years old, versus about a quarter in 2012, says Jeff Lowrance, vice president of communications, marketing and public relations. CPCC offers Early College programs in concert with Charlotte-Mecklenburg schools.

“When you have adult learners, they tend to come to class then go to work,” he says. “But with more traditional college age and high school students, there is a need for space where students can spend more time and have meetings.”

The center is named after longtime benefactors Wilton and Mary Parr. After retiring from a long career at Piedmont Natural Gas at age 65, Wilton Parr took more than 100 classes at CPCC.

In July 2021, the college announced an anonymous $10 million gift, noting it was among the largest gifts to a community college in U.S. history. The money is being used to create an endowment to attract arts and humanities professors, provide scholarships, establish a public art fund and several other uses.

Lowrance declined to name the $10 million donor. The Parrs’ son, Gary, is a top Wall Street investment banker who grew up in Charlotte. He did not make that donation, he told Business North Carolina.

An announcement is pending to note completion of a capital campaign at
CPCC that is likely to be the largest in the U.S. for a single community college, Lowrance says.

The Parr Center is on the footprint of the old Terrell Building and Hagemeyer Learning Resource Center. It includes a full-service dining area run by Charlotte-based Compass Group, a first for the college which previously leased space to Bojangles and other vendors.

The 450-seat theater will complement the nearby Dale F. Halton Theater that has about 1,050 seats.