Charlotte: The Charlotte Area Transit System has pushed back its extension

By UNC Charlotte, 10 miles north of downtown, two new parking decks have taken form, North Tryon Street has been widened, and tulip magnolias and day lilies planted. A station platform has been built for the city’s expanded light-rail system, which was supposed to start service in August, but it will sit idle for a bit longer: The Charlotte Area Transit System pushed back the opening of the $1.16 billion extension to March because of construction delays.

It’s a disappointment for residents seeking traffic relief, and to university students hoping to catch trains to restaurants, concerts and other downtown attractions. But economic developers say the project is already serving its purpose.

“There is so much momentum around this,” says Darlene Heater, executive director of University City Partners, which promotes development in the region of about 12,000 residents. “The transformation of University City into an urban community is real and it is coming, largely due to installation of this rail line,” she says.

Projects totaling more than $200 million are planned or under construction along the 9.3-mile extension, including about 1,294 apartments already being built, according to CATS in early May. The city estimates the extension will attract $4.4 billion in new development by 2035, with ridership for the full line averaging 51,000 people a day. While that expansion is cheered, light-rail ridership has been flat since 2012, disappointing city leaders.

The extension, which will include 11 stations and four parking lots, will run from downtown through Charlotte’s trendy NoDa neighborhood to UNC Charlotte. The current rail line connects the center city as far south as Pineville, near Interstate 485. The 9.6-mile first leg attracted more than $1.4 billion in private investment through 2015, according to CATS.

While much of the construction planned to take advantage of the light rail in University City is still in the permitting stage, the building of the infrastructure and platforms alone has changed the way people think of the area, Heater says. “We were a very suburban submarket, and we’re starting to transition to an urban market. This gave us a big push.”

Charlotte-based Snyder’s-Lance reported disappointing first-quarter results in May, just weeks after Chief Executive Officer Carl Lee Jr. abruptly resigned on April 17. Lee had been CEO of Snyder’s of Hanover when the Pennsylvania-based snack-maker was acquired by Lance in July 2010 and was named CEO of the combined company three years later. Snyder’s was the biggest acquisition in Lance’s history, and things appeared to be perking along, with the company’s shares doubling in value since the deal closed and hitting a record $40 in March. But sales slowed in early 2017, including disappointing results from Pop Secret popcorn and other brands added in the $1.9 billion acquisition of California-based Diamond Foods last year.

Lee’s departure followed former Chief Financial Officer Rick Puckett, who retired Nov. 1. Look for the company to focus more on improving profit margins rather than emphasizing sales growth, interim CEO Brian Driscoll told analysts in May. The former Diamond Foods CEO joined the Snyder’s-Lance board after the 2016 acquisition. “We have historically been over-reliant on promotional spend to drive sales,” he said, which in retail-speak means they’ve offered a lot of discounts.

Snyder’s-Lance said last year it would invest $38 million in Charlotte, where it has made snacks since 1915. The expansion included moving some former Diamond production to the Queen City, with plans to add 130 new jobs over five years.

CHARLOTTE — AXA will invest $18 million and add 550 jobs, nearly doubling its local workforce. The France-based company provides life insurance and financial services to more than 107 million clients in 64 countries. Average annual salary for the new jobs will exceed $109,000. AXA could receive a state grant of up to $11.8 million if it meets hiring and investment goals.

CHARLOTTE — Jayson Romeo was named chief of staff at Bojangles’. He will oversee operations support, corporate training, and facilities and maintenance. Romeo has been vice president of information technology and strategic planning since 2015. The chicken-and-biscuits chain, which has more than 700 restaurants, also added franchises in Virginia and Washington, D.C.

CHARLOTTE — Wells Fargo plans to cut costs by $4 billion through the end of 2019, $2 billion more than previously announced, and close 450 U.S. branches by 2019. The sales scandal involving the creation of more than 2 million phony accounts has led to increased expenses for the San Francisco-based bank. 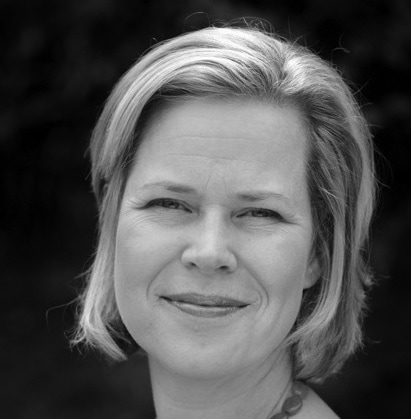 Kerry Singe
National award-winning reporter and writer Kerry Singe has written about development for newspapers, magazines and websites since 2009.