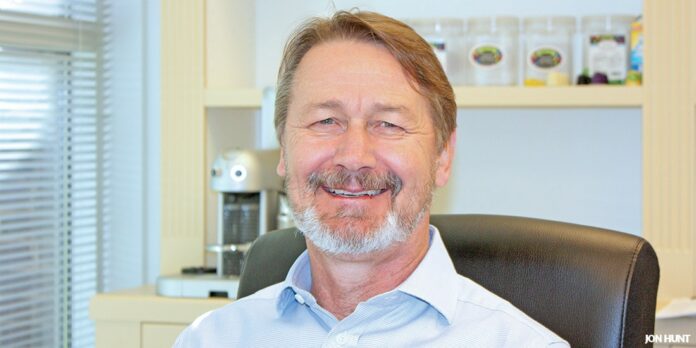 After three decades of helping develop life-altering products, Charlottean Jon Hunt isn’t slowing down a beat. With Seattle cardiologist Gust Bardy, he cofounded Bardy Diagnostics, which has developed a heart-monitoring device that attracted $27.6 million in funding in September. The money will pay for adding salespeople and an administrative staff for the company’s team of about 20 people.

Hunt, who has a Ph.D. in motor control from Penn State University, spent his early career working for famed Georgia physician Jack Hughston, a pioneer in reconstructive knee procedures for athletes. He moved to pharma giant Pfizer and, later, California-based Cameron Health. Bardy was an executive at Cameron, which developed the first defibrillator applied entirely under a patient’s skin. It was approved in Europe in 2009 and in the United States in 2012. That same year, Marlborough, Mass.-based Boston Scientific bought Cameron for more than $1.35 billion.

Their new product monitors heart rhythms for people suspected of having irregular beats. It’s a sensor that is placed on the sternum as close as possible to the atria, the two blood collection chambers of the heart. Hunt says Bardy’s device improves upon standard belt-like monitors, which date to the 1960s and can be uncomfortable, especially for women. The product is smaller and lets patients exercise, sleep and shower as usual.

“What we were hoping back in 1990 would become a $1 billion global market is now an $8-billion-a-year global market,” he says, referring to heart-rhythm management. He estimates future growth will take it to $12 billion to $13 billion.

Bardy sells to about 50 hospitals and health care providers, with cardiology departments of large research centers and concierge physicians proving to be early adopters of the technology. Clients include Winston-Salem-based Novant Health, which owns the Charlotte hospital where Hunt’s wife, Christine, worked as an open-heart surgery nurse for 20 years. “As she says, she’s an East Coast girl,” Hunt says. “And I’m just your typical corporate gypsy. I mean, I’ve moved all over the world. I said to her, ‘Well, wherever you are, I’ll be.’”

CHARLOTTE — Snyder’s-Lance will add 130 jobs over five years and invest $38 million in its local headquarters and production plant. The snack maker, which had sales of $1.7 billion in 2015, also considered California and Georgia for the expansion. The company employs more than 1,200 people in North Carolina.

CHARLOTTE — Mattoon, Ill.-based Consolidated Communications will acquire FairPoint Communications for $1.5 billion. FairPoint provides phone and internet services in 17 states and has about 2,600 employees. The deal is expected to close by mid-2017.